Thousands sign petition for Alaska to secede -- to Russia 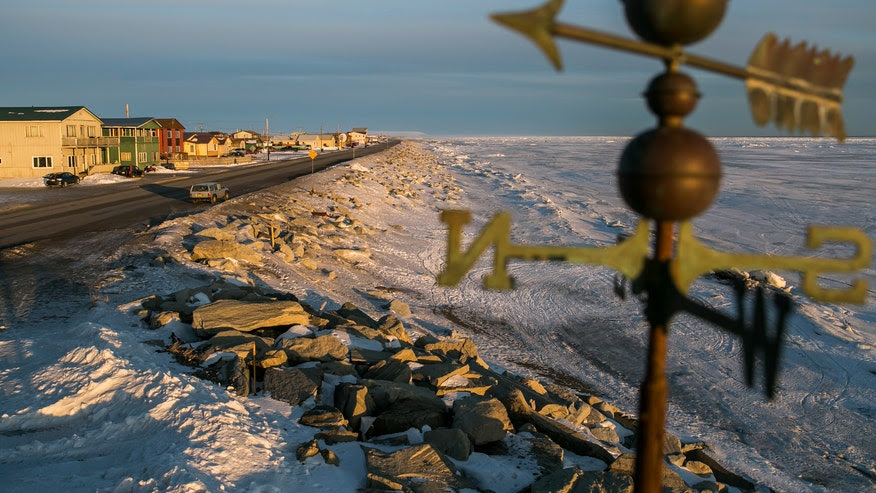 Mar. 10, 2014: A frozen beach on the Bering Sea coast is seen near the last stretch mushers must pass before the finish line of the Iditarod dog sled race in Nome, Alaska.REUTERS
Moscow’s annexation of Crimea was condemned worldwide, but some people in Alaska apparently are yearning for the days when they, too, were part of Mother Russia.
A petition on the White House website created by “S.V.” of Anchorage is calling on Alaskans and others to "vote" for Alaska to secede from the U.S. and become a part of Russia.
In less than a week, the petition, titled “Alaska Back to Russia,” has garnered nearly 30,000 signatures, though it's unclear where they are from.
“Vote for secession of Alaska from the United States and joining Russia,” the petition says.
The petition, though strangely worded and difficult to understand, describes how Alaska was originally settled and populated by native Russians.
Secretary of State William Seward purchased Alaska from Russia in 1867 for $7.2 million, in a decision decried at the time as “Seward’s Folly.” The territory officially became the 49th state on Jan. 3, 1959.
Even if the White House responds to the Alaska petition, it is almost certainly going nowhere. The Alaska petition offers no specifics for how the proposed secession would even be executed, whether by referendum or some other process. Further, the Supreme Court ruled, in the wake of the Civil War, that unilateral secession is unconstitutional.
The White House typically issues an official response to petitions on the official website if they receive 100,000 signatures in 30 days -- in this case, the deadline would be April 20. A similar petition in 2012 calling for Texas to secede from the U.S. reached this goal, and the White House responded by saying “our states remain united.”
“Our founding fathers established the Constitution of the United States ‘in order to form a more perfect union’ through the hard and frustrating but necessary work of self-government,” the official response to the Texas petition said. “They enshrined in that document the right to change our national government through the power of the ballot -- a right that generations of Americans have fought to secure for all. But they did not provide a right to walk away from it.”
http://www.foxnews.com/politics/2014/03/27/thousands-sign-official-white-house-petition-to-return-alaska-to-russia/?cmpid=NL_morninghl
Posted by theodore miraldi at 8:56 AM