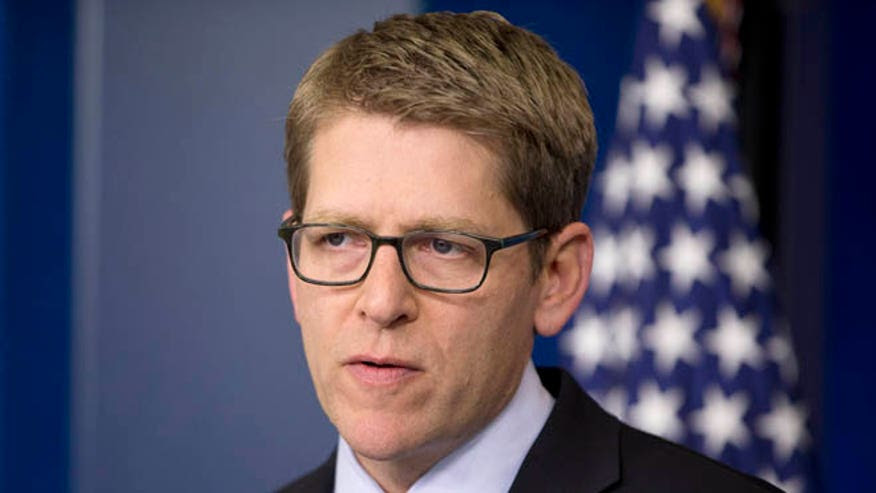 May 19, 2014: White House Press Secretary Jay Carney listens during his daily news briefing at the White House.AP
White House Press Secretary Jay Carney is stepping down, ending a lengthy term in what is considered one of Washington's toughest jobs.
Carney has served as President Obama's lead spokesman since 2011. The president interrupted Carney's daily press briefing to announce his departure, calling him one of his "closest friends" and a trusted adviser.
Noting Carney's background as a reporter, Obama said: "I actually think he will miss hanging out with all of you."
Obama said he has chosen Carney's deputy, Josh Earnest, to replace him.
"Today the flak jacket is officially passed to a new generation," Obama joked, announcing Earnest as Carney's successor.
The announcement came on a tumultuous day in Washington. Hours earlier, Obama announced that he had accepted Veterans Affairs Secretary Eric Shinseki's resignation amid the scandal at that agency over veterans' health care.
http://www.foxnews.com/politics/2014/05/30/carney-to-step-down-as-white-house-press-secretary/
Posted by theodore miraldi at 2:24 PM