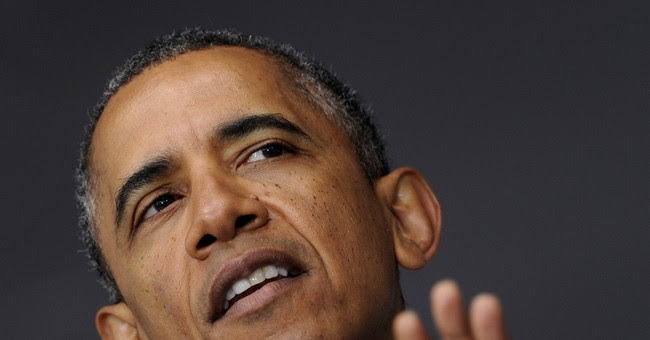 
About now, Barack Obama may be wondering why he thought it would be such fun to serve a second term rather than go lounge on a beach in Hawaii. Life in the White House has become a daily ordeal of pain and frustration. Nothing is going well.
On the foreign front, he has to contend with an aggressive Vladimir Putin, an unsuccessful war in Afghanistan and his failure to revive the Israeli-Palestinian peace process. Domestically, he has to endure a Department of Veterans Affairs scandal, an underperforming economy, a health care overhaul whose ultimate success is in doubt, House hearings on Benghazi, and an inability to get Congress to do anything he wants.
In the international arena, as a news story in The Chicago Tribune recently noted, the president has been compelled to adopt a "measured, even incremental, approach to most foreign crises and challenges, from Iran's nuclear program to Syria's grinding war." Instead of trying to do great things, he's settled for a policy that his aides summarize as "Don't do stupid stuff" -- though they use a different word than "stuff."
Here at home, Obama is looking for ways to act entirely on his own in areas where he can't get Congress to move -- such as declining to deport foreigners who grew up in the United States after coming illegally as children and curbing greenhouse gas emissions through Environmental Protection Agency rules.
His executive actions, decried by Republicans as incipient dictatorship, betray weakness, not strength. Presidents don't scale back their ambitions because they want to; they do it because they have to. Obama is stymied on Capitol Hill because he lacks the political power or popular standing to get his way.
But as John McCain is fond of saying, it's all darkest just before it goes totally black. A year from now, the president may look back at 2014 with fond nostalgia.
That's because however limited his power and influence in Washington, they're about to shrink. The party out of power almost always makes gains in midterm congressional elections. The GOP, which already controls the House by a large margin, expects to gain at least a few seats in November, and it has plausible hopes of winning a Senate majority.
In that case, a Congress that has been uncooperative would become immovable -- taking gridlock and discarding the key.
If you prefer the federal government to do less rather than more, this is not necessarily a bad thing. If you like inaction, you'll be content. Neither side is likely to have the capacity to get its way.
Obama won't be able to get a higher minimum wage; immigration reform is probably off the table. Republicans won't be able to repeal Obamacare, cut taxes or convert the food stamp program into block grants to the states. The two parties may not be able to agree on anything beyond a resolution congratulating the next Miss America.
This is the reality of divided government, a state of affairs that suits Americans reasonably well. Even during last year's disruptive government shutdown, more of them supported splitting power between the two parties than favored one-party domination.
The framers of the Constitution expected that Congress would serve as a sturdy check on the president, but they didn't foresee the rise of parties that would often make the separation of powers moot. Divided government provides a more effective limitation.
This is not an academic point. It generally yields better policy. William Niskanen, who served as chairman of Ronald Reagan's Council of Economic Advisers, noted, "In 200 years of U.S. history, every one of our conflicts involving more than a week of ground combat has been initiated by a unified government." He also found that federal spending has grown three times faster under one-party rule than under split control.
The sharing of power means certain things don't get done because the two parties can't agree and won't compromise. Some of those things are desirable -- immigration reform, say, or significantly curbing surveillance by the National Security Agency. A sensible overhaul of the tax code, achieved in 1986 under a Republican president and a Democratic House, is probably impossible under the more polarized politics of today.
But often what doesn't get done is stuff that we can live without. If divided government means our leaders can't adopt helpful new policies, at least it will keep them from doing some stupid stuff.
http://townhall.com/columnists/stevechapman/2014/05/29/twilight-for-obama-n1844562/page/full
Posted by theodore miraldi at 8:26 AM