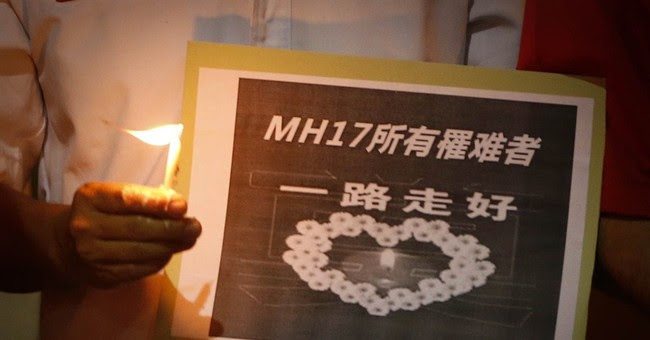 
Obama has a new get-tough policy with Russia.
It’s called the War on the Billionaires.
The United States is using narrow sanctions against Russian billionaires—private persons presumably-- some of whom Obama supposes supports Russia’s war in Ukraine. And the policy isn’t just bizarre; it’s Obama.
He’s seen our war on millionaires here at home, and raised them a war on billionaires in Russia.
“The U.S. and Europe are gearing up for a new round of sanctions expected to be announced this week that will impose travel bans and business sanctions against several Russian billionaires with ties to Russian President Vladimir Putin,” reports CNBC. “In a phone call last night, British Prime Minister David Cameron told Putin that his ‘cronies’ will face sanctions unless Russia withdraws its support for the separatists in Ukraine.”
It tells you something about where Obama—and current world leadership-- believes real power resides in any country. It also tells you why Obama has been so anxious to take care of the oligarchs here at home: Zuckerberg, Gates, Soros, Buffett, Kaiser, Pritzker, Stryker.
Yes, you can throw up now.
I’m disturbed by the precedence, the message, the legality of targeting private individuals for their political views whether it happens here at home—as it has—or in Russia. Private property should be inviolate, subject to due process in the same way anything else we have been endowed with by our Creator is subject to due process.
Imagine if Obama, instead of pushing sanctions, used drones to attack and kill these oligarchs via missile strikes. Oh, and the oligarchs in Russia too.
Because really, it’s the same thing legally.
Now it’s one thing to sanction a state for pushing war, but to be judge and jury of the private political aims of private men of property…well that’s Obama in a nutshell isn’t it?
Wall Street, and the oligarchs who make up Wall Street, get a bailout, but not without some serious threats, extortion, and pressure politics put on it by the administration.
What Obama giveth, Obama can take away, and his power—at least in his own mind—recognizes no borders. You know? Except, of course, the border with Mexico which, he assures us, is secure. And the constitution, which he tells us he’s an expert on.
But like a lot of policies coming from Obama, the War on Russian Billionaires is more style than it is substance.
“Russia's richest men are unlikely to feel much pain,” says CNBC. “That's because Russia's richest men won't be targeted. And many of the rest of the Russian elite have already stashed much of their fortunes overseas, where they are safe from any sanctions.”
"You can't just target someone because they are a Russian worth 10 figures," said a European policy expert quoted by CNBC. "The aim here is to target people who supported this military campaign [in Ukraine]."
Well you CAN just target a Russian worth ten figures.
And doing that, would be so Obama. And so Eric Holder. And Nancy Pelosi. And Harry Reid.
How do you think they raise so much money?
But here’s something for American oligarchs to ponder: Russia can go after you too. Makes me wonder if there wasn’t an American heiress aboard MH17. Because Putin has shown a real willingness to call Obama’s threats a bluff and respond with that ultimate arbiter of power: Force.
That’s why Obama’s policy is so hollow. And in being that way, it’s soooo Obama.
You have to preserve the unities after all.
http://finance.townhall.com/columnists/johnransom/2014/07/23/a-policy-so-bizzare-so-obama-n1864642/page/full
Posted by theodore miraldi at 7:40 AM