Congressman at border: 'Obama begging to be impeached' 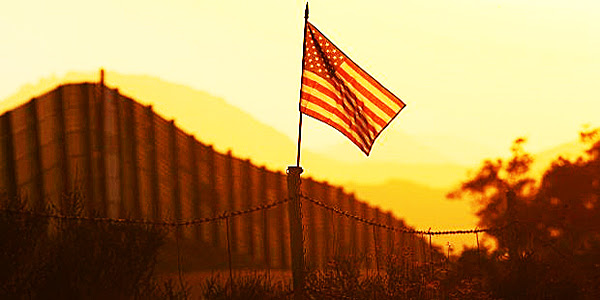 
McALLEN, Texas – Observing what he could only describe as “chaos on the border” during a midnight tour of the Rio Grande on Friday, Rep. Steve Stockman, R-Texas, concluded, “President Obama is begging to be impeached.”
“For all I know, Obama is preparing to process five million illegal immigrant kids and teenagers into the United States,” Stockman said upon observing border operations near McAllen, Texas.
“He wants us to impeach him now,” Stockman theorized, “before the midterm election because his senior advisors believe that is the only chance the Democratic Party has to avoid a major electoral defeat. Evidently Obama believes impeachment could motivate the Democratic Party base to come out and vote.”
Sign the petition demanding Congress follow through on impeaching Obama.
Accompanied by a WND film crew, Stockman began the evening by stopping at a massive Department of Homeland Security detention facility a mile or two north of the Mexican border, only to be encountered by seven or eight armed Border Patrol agents who approached Stockman and WND for questioning.
Though polite, a Border Patrol supervisor speaking from behind the chain-link fence that surrounded the facility refused to allow Stockman to tour the facility.
Through the chain-linked fence, the WND film crew took video of an active hanger-like open building cooled by two massive fans in which teenage illegal immigrants were being searched for concealed weapons as they were being processed into the detention facility.
Within minutes, as Stockman began asking questions of the Border Patrol supervisor, the hanger-like intake facility was shut down and emptied of illegal immigrant teenagers being processed by more than a dozen Border Patrol agents.
“We release all detainees under 14 years of age without taking any biometric identification, including no fingerprints,” the Border Patrol agent explained to Stockman. “We are prevented by law from taking fingerprints or other biometric information on these kids.”
The Border Patrol supervisor could not identify for Stockman the law in question.
“Then how do you know who these children under 14 years old are?” Stockman asked. “How do you know if you are releasing these kids to people who are truly family members in the United States or to pedophiles or other criminals posing as family members?”
“We only know who these children are by what they tell us,” the Border Patrol supervisor admitted. “Truthfully, we don’t really have any idea who they might be or where they came from other than what we can observe from questioning them. You’re right. If they give us false information, we have no way to know it or to follow it up without biometrics.”
Stockman asked what information the Border Patrol has on the people in the United States who claim to be relatives.
“That’s not what our department handles,” the Border Patrol supervisor again admitted. 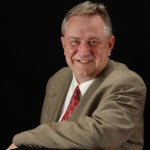 Rep. Steve Stockman, R-Texas
Back in the vehicle, frustrated at seeing the facility going into rapid shutdown mode once he and the WND film crew set up to film, Stockman expanded on the impeachment theme.
Stockman observed that rather than begin impeachment proceedings now, what the House of Representatives should do is to take away money from the Obama administration.
“The only way we’re going to stop Obama from opening the border is to take away the money he needs to operate,” Stockman concluded. “What we should do is shut down the White House.”
The definitive case for removing Barack Obama from office is presented in “Impeachable Offenses” by Aaron Klein and Brenda J. Elliott.
In a four-hour tour of McAllen roads leading to the Rio Grande that began at midnight, WND observed dozens of Border Patrol lock-up vehicles, with one marked “LICE” in large hand-written letters, were transporting illegal immigrant detainees to destinations unknown to WND.
Every time WND’s vehicle approached the Rio Grande, Border Patrol trailed behind to engage in questioning once WND and Rep. Stockman stopped.
“Be careful, it’s a busy night out here,” one Border Patrol agent advised.
In another stop about a mile north of the border, WND observed a Border Patrol vehicle with an agent manning what appeared to be a 10-foot antenna scanning the surrounding open territory.
“It’s taking high-definition night-vision photographs,” the Border Patrol agent explained, as he dodged into the shadows to avoid being filmed in the bright lights of the WND film crew.
In a night where Stockman described law enforcement presence on the McAllen border as “heavily active and in plain view,” Stockman and WND observed several Department of Public Safety state troopers patrolling the border in conjunction with the ever present white-and-green-marked Border Patrol vehicles.
On Friday, Rep. Michelle Bachmann, R-Minnesota, explained to WND in a cell-phone call from the airport that she and Rep. Steve King, R-Iowa, are planning to join Stockman at the border in McAllen, Texas, arriving at noon Saturday.

Read more at http://www.wnd.com/2014/07/congressman-at-border-obama-begging-to-be-impeached/#OE7RlXhUUK2qOtRT.99
Posted by theodore miraldi at 2:42 PM