Victim aboard international flight was headed to U.S. in August 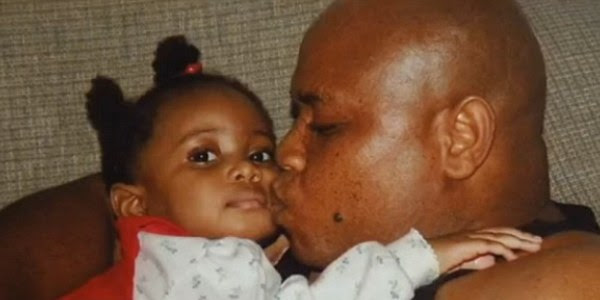 Patrick Sawyer, the infected man who boarded an international flight last week carrying the deadly Ebola virus and set off alarms about the disease escaping Africa, was not only an American citizen but was planning to come to the U.S. in August.

“Patrick was coming here,” his wife, Decontee, told the St. Paul, Minnesota, Pioneer Press. “What if he still wasn’t displaying symptoms yet and came?”
“He could have brought Ebola here,” she said. “Someone else could bring Ebola here.”
Decontee Sawyer of Coon Rapids, Minnesota, says she is coming forward about her husband’s infection and subsequent death from the disease to highlight the threat of Ebola coming to the U.S.
“It’s a global problem, because Patrick could’ve easily come home with Ebola,” Decontee told KSTP-TV in Minneapolis. “Easy. Easy. It’s close, it’s at our front door. It knocked down my front door.” 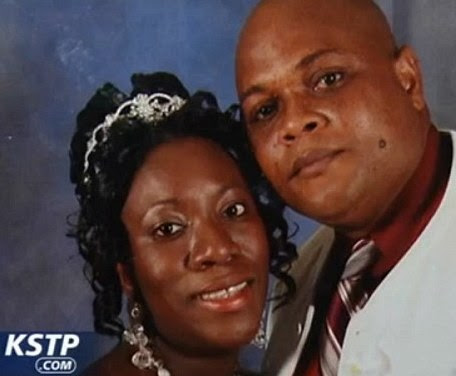 Decontee and Patrick Sawyer at their wedding in 2008
Decontee explained her husband’s job had taken him back to West Africa to promote economic development there and he was last in the United States in September.
He had been caring for his ill sister in Liberia, not realizing she was sick from the Ebola virus. He, in turn, contracted the disease, which is spread primarily through contact with blood and bodily fluids and is all too frequently contracted by those providing the ill with medical attention.
Witnesses, according to London’s Daily Mail, say Patrick, a 40-year-old Liberian Finance Ministry employee, was en route from Liberia to a conference in Nigeria when he began vomiting and experiencing diarrhea aboard at least one of his flights. Sawyer was immediately quarantined upon arrival in Lagos, a city of 21 million people.
He died shortly thereafter.
Decontee told reporters her husband was planning a return trip to the U.S. in August to celebrate his daughters’ birthdays.
As the headline on the popular Drudge Report declared Monday, it meant Ebola was just a “plane ride away from the USA.”
As WND reported, the disease could also find its way across the border on foot. The United Nations has confirmed African nationals have been using Mexico as a conduit for illegally immigrating into the U.S.
Originally discovered in 1976 in remote areas of Central Africa, the disease has now spread to nearly a dozen countries of Western Africa in what the World Health Organization confirms is the worst outbreak in history.
The disease is spread through contact with blood, spit, sweat, urine, feces and other bodily fluids. Though Ebola is not an airborne virus, there is some debate yet as to how communicable it is through coughs and sneezes, which expel bodily fluids through the air.
There is no known cure or vaccine for the virus, and as many as 90 percent of those who contract the disease die from it. Intense medical treatment and re-hydration efforts, while not the same as a cure, have nonetheless helped reduce fatality rates.
“Early symptoms of the disease include … sudden fever, chills and muscle aches,” the U.S. Centers for Disease Control and Prevention, or CDC, explains. “Around the fifth day after onset of symptoms, a skin rash can occur. Nausea, vomiting, chest pain, a sore throat, abdominal pain and diarrhea may follow. Symptoms become increasingly severe and may include jaundice, severe weight loss, mental confusion, shock and multi-organ failure.”
The disease has an incubation period of between two and 21 days before symptoms appear, and doctors with the CDC assure the disease is not contagious unless symptoms are present.
The current outbreak in Africa has infected over 1,200 people and killed at least 672 in nearly a dozen countries in Western Africa.
So far, the CDC is dismissing worries of the disease reaching U.S. shores.
“There is no significant risk in the U.S.,” a CDC statement declared Monday. “While it is unlikely that the disease would spread if imported into the United States, the recent infections in U.S. healthcare workers working abroad highlight the need for vigilance. CDC is reminding U.S. healthcare workers of the importance of testing and isolating sick travelers returning from the affected areas.”
Dr. Stephan Monroe, the deputy director of CDC National Center for Emerging & Zoonotic Diseases, further told reporters Monday even if a case did show up in the U.S., he expects it would be contained by the basic practices of Western medicine.
“We’re confident the standard care of U.S. [hospitals] would prevent much of the transmission would a case show up here,” Monroe said.
Nonetheless, the CDC also maintains an “interim guidance” release on the disease for airlines, the Bureau of Customs and Border Patrol and the Transportation Security Administration, or TSA.
Among the guidelines are for airline personnel to keep people suspected of having the disease from “close contact” with other people.
“Examples of close contact include kissing or embracing, sharing eating or drinking utensils, close conversation (less than 3 feet), physical examination and any other direct physical contact between persons,” the guidelines clarify. “Close contact does not include activities such as walking by a person or briefly sitting across a room.”
The CDC also told reporters Monday that a Level 2 alert was being issued, recommending those traveling to and from Africa “avoid contact with blood and bodily fluids.”