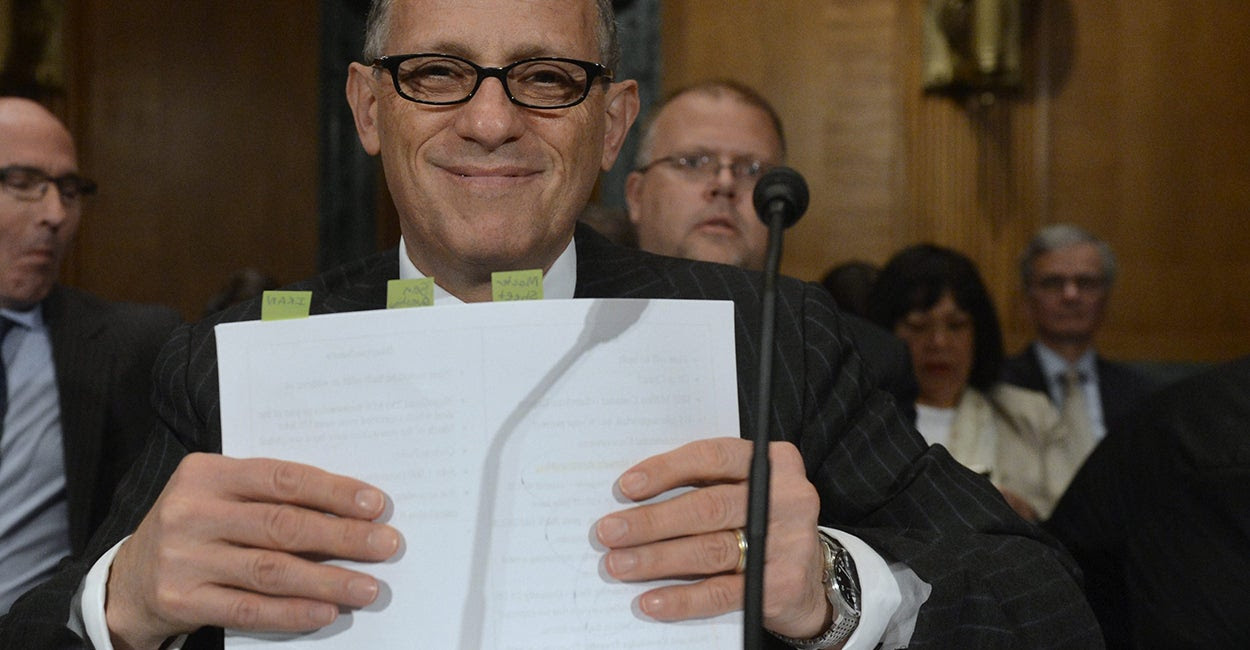 
An Export-Import Bank official who was fired on suspicion of taking cash in exchange for helping a Florida company obtain financing cited his Fifth Amendment right in declining to testify today during a House hearing examining corruption and fraud at the bank, a federal agency.
Johnny Gutierrez opted not to answer questions after being subpoenaed  to appear before a subcommittee of the House Oversight and Government Reform Committee.
Rep. Jim Jordan, R-Ohio, chairman of the Subcommittee on Economic Growth, Job Creation and Regulatory Affairs, sought to question Gutierrez, who earlier had refused to appear voluntarily before the panel.
Jordan hoped not only to shed light on the reasons for Gutierrez’s firing but to provide Americans with a better understanding of the inner workings of the Export-Import Bank, an 80-year-old agency that provides taxpayer-backed loans and loan guarantees to foreign countries and companies. Its charter expires Sept. 30.
Jordan said:
“What better time to discuss real concerns at the Export-Import Bank than when we’re looking at the issue of reauthorization? I think this would be the appropriate time to have this kind of hearing and look at these very issues. … Given such massive government largess, the bank is a natural target for fraud and its employees are natural targets for bribery and corruption.”
Oversight and Government Reform Chairman Darrell Issa, R-Calif., ordered the subpoena of Gutierrez. But as Jordan began questioning the former Ex-Im Bank official, he  cited his Fifth Amendment right not to incriminate himself.
Export-Import Bank Chairman Fred Hochberg and Heritage Foundation research fellow Diane Katz testified before Jordan’s subcommittee on allegations of fraud and corruption at the agency.
At issue for Republicans on the panel was a June report in the Wall Street Journal exposing allegations of gifts and kickbacks as well as “attempts to steer federal contracts to favored companies” by four bank officials, one of whom was Gutierrez.
Gutierrez and two other bank employees were fired. The fourth was placed on administrative leave as Ex-Im officials investigate the charges.
The other three Ex-Im officials have not been identified, and Jordan today repeatedly pressed Hochberg for their names.
Darin Miller, a spokesman for Jordan, told The Daily Signal that the Ohio Republican was pointing out that Hochberg had chosen to obstruct a congressional investigation by withholding the officials’ identities. Neither the agency’s inspector general nor federal law prohibits the bank’s chairman from identifying the employees, he said.
Hochberg, who took over Ex-Im in 2009, said he is committed to running an agency with high ethical standards and pointed to Ex-Im’s ethics program as proof. The bank, he said, adheres to standards designed to quell corruption and fraud, including:
Hochberg said it was important for the bank maintain a commitment to ethics. He said:
“We operate at the public trust. We’re here to level the playing field and support jobs, so it’s important that everybody at the bank operate with the highest ethical standards. It starts with top management. It continues through the training we do and making sure we have a culture that when people see something that’s awry or suspicious, they alert the proper authorities so they can take a look at it.”
But many lawmakers fear the bank’s culture breeds corruption.
Ex-Im’s inspector general is investigating 40 complaints of possible fraud, Republicans on the panel noted. Hochberg, however, said the inquiries could involve companies that benefited from Ex-Im financing, not bank employees.
Jordan went on to point to 74 “administrative actions” taken by the inspector general as the result of integrity investigations, actions that Katz brought to light in her research and writing on the bank.
House Financial Services Chairman Jeb Hensarling, R-Texas, is leading conservatives who are against reauthorizing the bank and would rather Congress not take action to extend its life. In a statement on today’s hearing, Hensarling said:
“The Export-Import Bank has a long and unfortunate history when it comes to ethical lapses and mismanagement, and today we shockingly learned there are 40 active and ongoing investigations of fraud at Ex-Im.
It’s important for every member of Congress to understand the full extent of Ex-Im corruption, mismanagement, and cronyism before deciding whether the bank should continue.  That’s why the Financial Services Committee will soon be requesting information and records from Ex-Im about these 40 active investigations of fraud at the bank.”
Hensarling and other critics argue that Ex-Im furthers corporate welfare and cronyism. Supporters, meanwhile, insist that the agency helps small businesses compete in the global market and creates jobs in the United States.
During today’s hearing, Rep. Matt Cartwright, D-Pa., praised the bank. He said:
“We have to level the playing field for our companies because other countries are putting their thumbs on the scale in favor of their own manufacturers. If we don’t level the playing field for our companies, our companies and our workers face an unfair disadvantage.”
Sen. Joe Manchin, D-W.Va., is expected to introduce a bill reauthorizing the bank for another five years.
Rep. John Campbell, R-Calif., has floated the idea of introducing legislation to reauthorize Ex-Im with some reforms.
http://dailysignal.com/2014/07/29/fired-export-import-bank-official-pleads-fifth-hearing-corruption-fraud/?utm_source=heritagefoundation&utm_medium=email&utm_campaign=morningbell&mkt_tok=3RkMMJWWfF9wsRonuaXLZKXonjHpfsX56u8tUaO1lMI%2F0ER3fOvrPUfGjI4ASMNlI%2BSLDwEYGJlv6SgFQrLBMa1ozrgOWxU%3D
Posted by theodore miraldi at 10:59 AM