How Our World Fell Apart 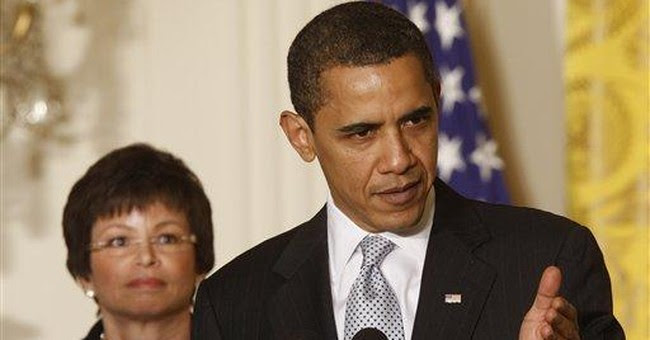 Wherever we look today—from the Fertile Crescent in the Middle East to the post-Cold War frontier in Ukraine to the South China Sea to our border with Mexico— our world appears to be falling apart.
This naturally raises a serious question in the minds of many people: If America, the indispensable nation, had been doing its job of holding the global system together, couldn’t this chaos and anarchy have been avoided?
The simple answer is, yes.
But if you listen to Hillary Clinton, the unraveling of the international order was inevitable under the leadership—or lack of leadership—of Barack Obama. As I reported in my book “Blood Feud,” Hillary places the blame for the sorry state of the world squarely on the man in the Oval Office.
“The thing with Obama is that he can’t be bothered, and there is no hand on the tiller half the time,” she complained to a group of friends shortly after she left her post as secretary of state. “That’s the story of the Obama presidency. No hand on the f******g tiller.”
That may be true as far as it goes. But it begs the larger question: what about Hillary herself? Doesn’t she share culpability for our botched foreign policy?
After all, she was our chief diplomat from 2009 to 2013, and as such, she was present at the creation of the Obama foreign policy. She logged nearly a million miles roaming the world as the person in charge of American diplomacy. And now she wants to cash in those frequent flier miles for a trip to the White House in 2016.
In the view of most foreign policy experts to whom I have spoken, Hillary has little or nothing to show for her million-mile sprint as secretary of state.
“The simple consensus about Hillary Clinton’s tenure at state is: Meh,” said Danielle Pletka, vice president for foreign and defense policy studies at the American Enterprise Institute. “By her own standards she accomplished little, and in the areas she highlighted as most important to her—rights for women and religious minorities, Israeli-Palestinian peace and halting Iran’s nuclear weapons program—she batted zero…. And Iran is now closer to a nuclear weapon than ever before.”
During Hillary’s time at Foggy Bottom, Bill Clinton urged her to create a legacy of major accomplishments, such as brokering a peace settlement between the Palestinians and Israel. However, Hillary is essentially a detail person, not a big thinker, and therefore she never became a strong influence in the strategic management of foreign policy.
What’s more, Hillary had a dysfunctional relationship with the White House. The small cabal around Barack Obama—particularly political strategist David Axelrod and consigliere Valerie Jarrett—weren’t about to let Hillary make grand strategy.
“Obama’s three most important foreign policy advisers were David Axelrod, Valerie Jarrett, and John Brennan, deputy national security adviser for homeland security and counterterrorism [Brennan has since been appointed director of the CIA]," said Vali Reza Nasr, dean of the Johns Hopkins School of Advanced International Studies. “…Whenever Hillary went on a trip to, say, Saudi Arabia, Brennan would go along, and the Saudis treated him as the person who really mattered, not Hillary.”
The current triumvirate that runs foreign affairs—Valerie Jarrett, Susan Rice, the former U.N. ambassador who is now Obama’s national security adviser, and Secretary of State John Kerry—are widely dismissed as lightweights by foreign policy experts. And yet, these three people are currently calling the shots in Obama’s leading-from-behind style of non-leadership.
Just before Caroline Kennedy took up her post as ambassador to Japan, she invited Bill and Hillary Clinton to lunch at her Park Avenue apartment in New York City. Caroline wanted to know from Hillary, the former secretary of state, what she could expect from the Obama administration.
“Don’t expect to get your real marching orders from State,” Hillary said. “The way the Obama government works, everything important in foreign policy comes from the White House. And Valerie [Jarrett] pretty much runs the show down there. You’ll feel Valerie breathing down your neck all the way to Tokyo. She’s going to have a lot to say about how you represent our country in Japan, and believe me, she won’t be shy about it.”
According to the Clintons, who later described their lunch with friends, Caroline was stunned by this news.
It should come as a sobering wakeup call to the rest of us.
http://townhall.com/columnists/edklein/2014/07/24/how-our-world-fell-apart-n1865278/page/full
Posted by theodore miraldi at 8:05 AM