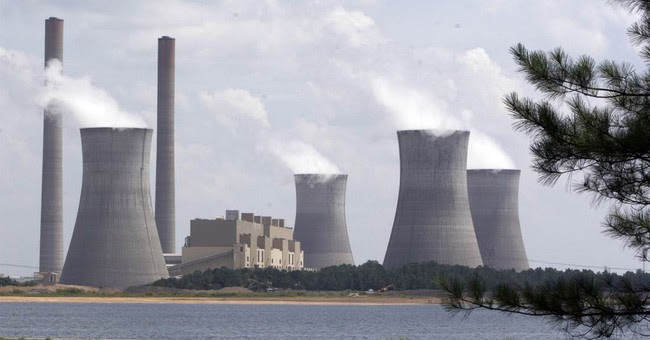 
When President Obama proposed healthcare reform that added 30 million to the insurance rolls while promising lower costs, most people who passed fourth grade math raised an eyebrow, if not a ruckus. The simple realities of supply and demand, coupled with the burden of government mandates, could only push healthcare costs skyward. With Obamacare now in effect, those early concerns have come to be realized through skyrocketing premiums, as confirmed by a recent Morgan Stanley survey of 148 national insurance brokers.
Premiums are up as much as 100 pecent in some cases, and this is after Obama promised "savings." One can only imagine what would happen to the cost of a commodity the President promises to make Americans pay more for. Unfortunately, we don't have to imagine, as this is exactly what Obama promised his energy plan would achieve.
In January of 2008, candidate Obama told the San Francisco Chronicle that "under my plan... electricity prices will necessarily skyrocket." No sanguine language here about savings, just a flat out mission to make Americans pay through the nose for energy. It's no coincidence that under Obama gasoline prices have doubled, and have remained above $3 per gallon throughout his two terms.
Now to make good on his promise to make electricity cost more, Obama's Environmental Protection Agency (EPA) have issued brutal new rules on emissions for electricity generating power plants, just what the doctor ordered for skyrocketing electricity prices. This is a story largely ignored by the mainstream press who never miss an Obama chip shot on to the green or a grip and grin in some remote diner. But Americans are catching on fast.
On HBO's "Real Time with Bill Maher," EPA Administrator Gina McCarthy declined to disagree with the host's contention that Obama was waging a "war on coal." Indeed, it was candidate Obama who in the same Chronicle interview stated, "If somebody wants to build a coal-fired plant, they can. It's just that [my plan] will bankrupt them." The President makes no bones that his aim is to make producing electricity cost-prohibitive, but in the end it will be you, me, and everybody with an outlet and a light switch paying the bill.
The EPA's war on coal is no less than a war on seniors and our nation's most vulnerable. Seniors on fixed and diminishing incomes pay a disproportionate share of their monthly budget on utilities, and Obama's EPA will serve only to make them poorer and more vulnerable. A recent Harris poll found 88 percent of seniors are at least somewhat concerned that the new EPA rules will force them to pay more. Sharing this view is a U.S. Chamber of Commerce analysis showing the new EPA rules will cost Americans $17 billion a year more to pay their electricity bills, and hit the economy with $50 billion a year in new costs.
As recently as six years ago coal accounted for about 50 percent of America's electricity, and now stands at 40 percent. Obama wants it below 30 percent, a chokehold on energy production which is nothing short of pulling the emergency brake on the economy and letting America's most vulnerable go flying through the windshield.
Seniors of limited means are least able to absorb the increasing costs of energy and electricity, as we've seen from far too many stories of elderly dying in their homes or requiring hospitalization during severe weather conditions. Clearly the President and the EPA are willing to gamble with the lives of seniors for the sake of their extreme ideology.
A study of the Administration's new power plant emissions rules revealed job losses of 442,000 by 2022, and a loss of 40 percent of electrical capacity generated by coal in the next 15 years. What's even more alarming is that the environmentalists at the EPA can't even point to a tangible, achievable benefit to these new proposed standards. The truth is these additional regulations are of benefit to no one, and do nothing to address the fact that developing nations like China and India will double their power-plant emissions in short order with Americans essentially subsidizing their increased production.
The EPA counters that the short-term cost increase is easily absorbable and by 2030 we will all be paying less for energy, thanks to Obama and his environmental mandates. This is little comfort to the tens of millions of seniors now paying the price for Obama's healthcare "savings."
http://townhall.com/columnists/jimmartin/2014/07/28/new-obama-epa-rules-will-devastate-seniors-n1870835/page/full
Posted by theodore miraldi at 7:44 AM