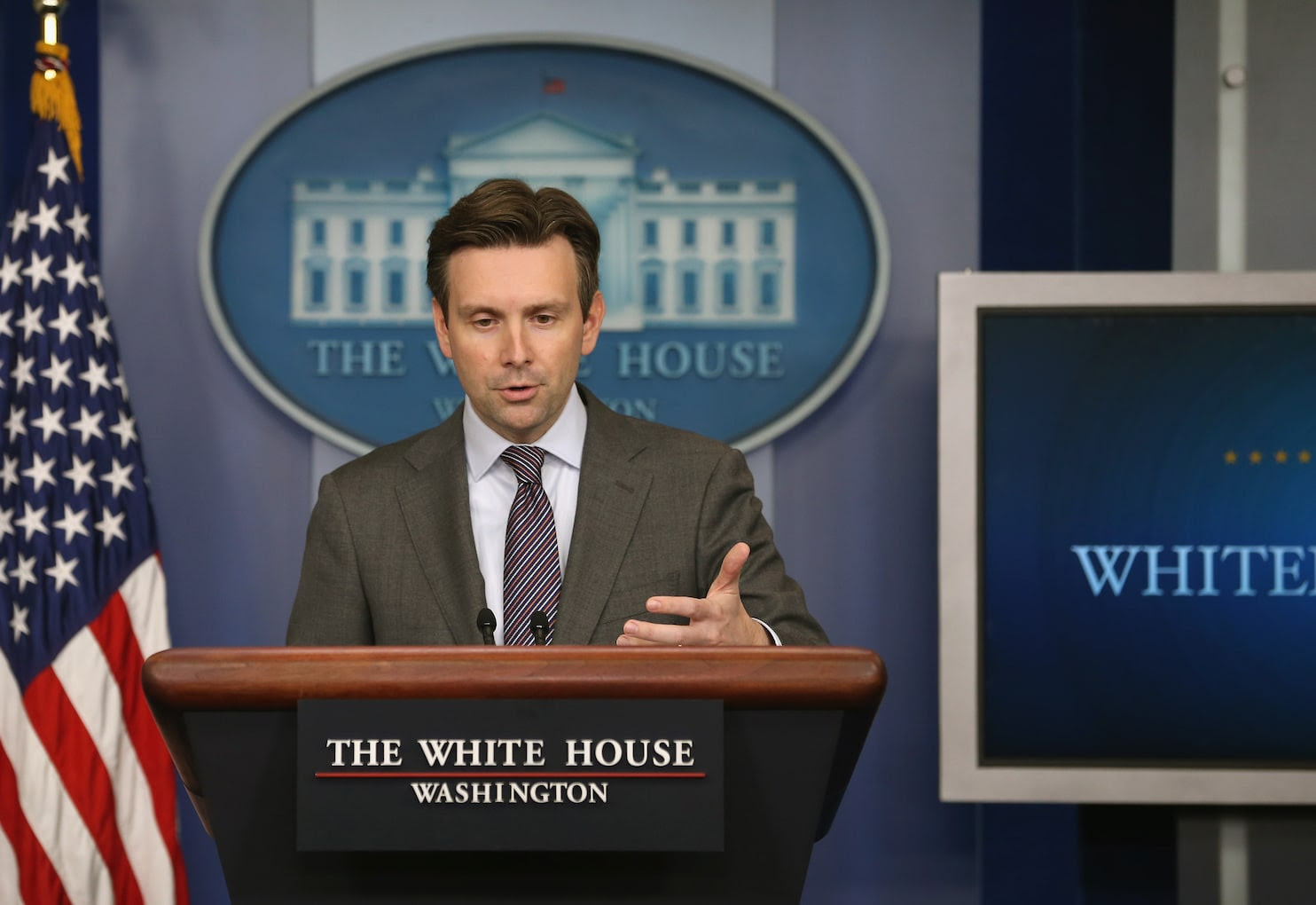 White House Press Secretary Josh Earnest speaks to the media during his daily briefing in the Brady Briefing Room at the White House on Sept. 22, 2014. (Mark Wilson/Getty Images)