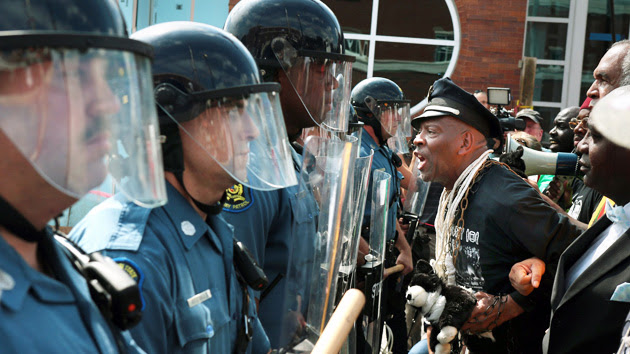 By Otway Burns
Before Ferguson exploded in reaction to the August shooting of black teen Michael Brown by police officer Darren Wilson, the St. Louis police chief raised eyebrows when he called for the use of drones to monitor high-crime areas.
The proposal was a response to  what St. Louis police authorities called “subhuman, antisocial, urban terrorist” behavior by criminals.
St. Louis also is home of the notorious “Knockout Game,” a random but racially motivated assault that has claimed at least six lives.
St. Louis is 44 percent white and 49 percent black, but statistics shows a racial imbalance in crime. Based on the city’s official crime data for 2012 — the most recent year which data are available — 97.6 percent of those arrested for murder were black and 2.4 percent were white. More than 82 percent of those arrested for serious crimes like murder, aggravated assault and larceny were black, while just 17.5 percent arrested were white.

Read more at http://www.wnd.com/2014/11/black-crime-explosion-americas-worst-city-revealed/#O8MYvdMBROf4HmWj.99
Posted by theodore miraldi at 7:16 AM