Obama and the GOP Should Learn the Lessons of the 1860s 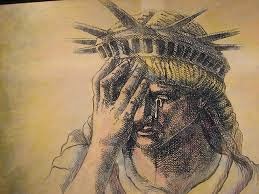 President Barack Obama delivered a speech that has been widely characterized in the media as presenting a red cape to a charging bull.  His decision to extend executive action to offer a solution to America's complex illegal alien problem has been portrayed, variously, as an attempt to subvert Congress, to override the Constitution, to restore the imperial presidency, and/or to cynically grant amnesty to a new potential base of Democratic voters.
It may be all of those things.  But both the president and the GOP would be well-advised to carefully navigate this fast moving river of American political rancor – now approaching full flood – and remember the lessons learned by their forbears in the mid-1860s.

In 1865, President Andrew Johnson, Lincoln's successor, was faced with the vexing problem of how to deal with the reconstruction of the South and the rebuilding of the Union.  A Southerner himself (in fact, the only Southern senator to remain in Washington, D.C. when the South seceded), he was intent on resisting pressure to punish the Southern governments, following what he knew would have been Lincoln's policy of clemency.  But his own party, the Republicans, formed only six years before, contained many voices calling for a vendetta against the Southern traitors.  Leading congressional figures such as Charles Sumner and Thaddeus Stevens claimed that the Southern states, by their acts of secession, no longer had any independent constitutional legality and that Congress could determine how and if they should be reconstituted.  Johnson found himself in the position of either having to execute a policy that he felt certain was a continuation of the dead president's legacy and in the best interests of the country – or earning the unending wrath of Congress, which might lead to a constitutional crisis.

The 1864 national election had resulted in a sweeping Republican victory, but at the time, the American political system did not allow congressmen elected in a national election to take up office until a full thirteen months later unless summoned by the president to do so.  In very much the same position where Barack Obama finds himself today, Andrew Johnson stood in between Congresses with the somewhat questionable authority to act on his own through executive order.  And on May 29, 1865, he extended clemency to the Southern states, allowing them to reconstitute, ratify the 13th Amendment, and repudiate the Confederate debts.  The new states, including eventually Mississippi and Texas, fell in line with the Union, and by April of 1866, Johnson could officially declare the Southern rebellion over.

Except in one very important regard. The newly reconstructed states would not allow their black population to be accepted as full citizens.  In most states, blacks were to be prevented by law from intermarriage with whites; anti-vagrancy laws were designed to force blacks into work as servants; and a new set of Black Codes came in effect, preventing full suffrage.


Abolitionists in Congress were enraged and vowed to bring a new level of punishment to the South.  Led by Sumner and Stevens, these Radical Republicans forced through a Civil Rights Bill – the nation's first – which sought to outlaw the Black Codes.  Johnson vetoed it, but Congress overrode his veto (also for the first time on a matter of true substance), in effect elevating Congress above the presidency as the true ruler of the land.  After the midterm elections in November 1866, and the strengthening of the hand of the Republican Radicals who now controlled two-thirds majorities in both houses, the executive and legislative arms of government were at war, resulting in intense political backbiting, manipulation, and a deep cynicism – all too common features of the political system in our own time.  The impeachment of the president, the first and only time it has occurred in American history, eventually took place, not as a matter of punishing a sitting executive for "High Crimes and Misdemeanors," but for purely personal and partisan political issues that had much more to do with revenge than saving the country from an incipient tyranny.

In the end, neither the president nor Congress came out well from this conflict. Johnson, stubborn and unwilling to compromise, emerged with his political career in ruins and was not nominated by his party to run for president in 1868.  His historical reputation has never truly recovered.  Congress, however, soon earned a reputation as a den of hatred, where vicious political vendettas were carried out on those who did not toe the Radical Republican line.  The Radicals were viewed, quite justifiably, as having used their mandate not only to enfranchise Southern blacks, but also to ensure a one-party stranglehold on both the North and the South.

The real victims of the struggle between Congress and the presidency were the blacks themselves.  When Congress imposed a series of laws that practically disenfranchised many whites and elevated blacks to high positions of office, in preference to whites, rampant corruption spread, and the traditional white fear of blacks transformed into a vehement hatred.  It resulted in the emergence of the Ku Klux Klan and an intensely racist culture that prevailed in the Southern states for another 100 years.

Barack Obama and his would-be adversaries – John Boehner and Mitch McConnell – should think deeply about the lessons this political deadlock has to teach us.  The president, leading what is essentially a minority government, has much to gain by compromise and finding common ground with his adversaries.  He may win this battle but go down to crushing defeat later as the Republicans muster the full power of their indignation and block him at every turn.  But the Republicans, flush with power after their electoral midterm successes and now setting their sights on installing one of their own in the White House in 2016, cannot gain by becoming the "Party of Retribution."  They need to present their own ideas – and legislation – for immigration reform, offering an alternative that speaks to the wishes of the American majority.  To deepen the divide will not serve them or us well.  For as the British historian Paul Johnston has commented ruefully on this earlier era in American politics, "[t]he Republican extremists followed in exactly the same footsteps of the secessionists themselves, making a harmonious and balanced government impossible."

Ultimately, in this struggle for ascendancy between the presidency and Congress, it should be remembered that the government serves at the behest of the citizens.  While immigration reform is a hot-button issue that can roil sensibilities on both sides of the divide, the U.S. government can no longer afford to be viewed as a laughingstock, devoid of common sense and integrity.  Harmony, civility, and a balanced government, to the greatest extent possible, should be the objective of every American president and every Congress.  It is the mark of true leadership and a sign of maturity in a system that is becoming increasingly petty and spiteful.