Sheriffs against amnesty to march on Washington

'Our cities are being overrun' 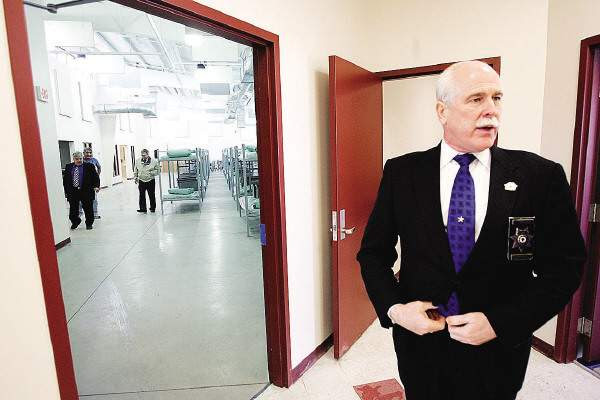 Sheriffs around the country are planning to march on the nation’s capital, hoping to send a message to President Obama and Congress that they oppose amnesty for illegal immigrants.
The Dec. 10 rally in Washington, D.C., is being organized by two sheriffs from Massachusetts – Bristol County Sheriff Thomas Hodgson and Plymouth County Sheriff Joseph McDonald.
They have challenged America’s other sheriffs, asking for at least 200 of them to join in paying a visit to the Capitol to make a stand against amnesty and plead for Congress and the president to secure the border. More than 20 have already signed up to participate, Hodgson told WND.
The march will culminate in a meeting with Republican leaders at the Capitol building regarding possible legislation to secure the border “once and for all.”
Hodgson has sent a letter to sheriffs nationwide asking them to join him in the rally.
He told WND he’s already heard from 20 to 25 sheriffs who have committed to join him on the trip to Washington. The letter states in part:

“As you know, the policies of recent years that encourage immigrants to illegally enter our country have created serious threats to our domestic and national security. The citizens of our nation are counting on the American Sheriffs to fulfill our oath to preserve law and order and live up to our responsibilities as guardians of the United States Constitution.
“Given the fact that 25 people are killed each day by illegal immigrants, and our schools are becoming overcrowded and more costly, our public health is threatened by new diseases and ailments introduced by people living in our communities illegally, and the fact that benefits are being given and violations of the law forgiven for a select group of non-citizens, makes clear our obligation to act now before we erode the confidence and the faith citizens have in Sheriffs across the country and throughout our history.”

Hodgson told WND that sheriffs across this country “are tired of being marginalized, either by the inaction of Congress or the overreaction by the president of the United States, who have put us in this situation.”
Hodgson said he started thinking about planning the march while at the National Sheriffs Association Conference in Dallas-Fort Worth earlier this year.
“One of the things I raised was that the people of the United States have always looked to the American sheriff as someone who looks out for public safety and they are not looked at in a partisan way, so it seemed to me we need to stand up to support the border sheriffs,” Hodgson said. “We all have become border sheriffs.”
He said President Obama’s 2012 executive order allowing illegals to stay in the country for two years and entitling them to a hearing, “caused all sorts of problems” for law enforcement.
“The word got out and the cartels realized immediately that was a great way to make money, and it has netted them millions and millions of dollars smuggling people to the border,” Hodgson said. “That was done with the stroke of a pen in June 2012, which was an election year.”
Obama ready to act
Now Obama is about to go even further, planning to announce a sweeping amnesty plan for millions of illegal immigrants Thursday evening.
Just after 12 p.m. Wednesday, the White House posted a Facebook announcement that reads as follows:

“It’s time to fix our broken immigration system. Tomorrow night (November 20th), President Obama will address the nation on new commonsense steps he’s taking to fix as much of it as he can. Tune in tomorrow at 8pm ET. “