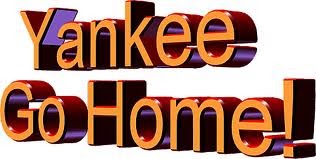 Sheepinwolfsclothing wrote: The republicrats mega world central bankster financiers are always the winners because there is only one party and whoever wins the election, the Rothschild world banking cartel has a win-win situation. It is like two sports teams with one owner, as Mayer Amschel Rothschild said in 1790, "Let me issue and control a nation's money and I care not who writes the laws." They control all the countries central banks, except 3, including the I.M.F., World Bank, the Conservation Bank, etc., and thru these they control politicians, laws, governments, and so the world, thru extortion! –If They Can't Win Now, Then When?

“The current administration has reduced the
deficit, which skyrocketed under Reagan.
Additionally, Obama has reduced federal
employment, which grew under Reagan
(especially when including military personnel,)
and truly delivered a “smaller government.”
Additionally, the current administration has
kept inflation low.
http://www.forbes.com/sites/adamhartung/ - God, Guns, and Profit
Dear Comrade Claus,
You must be the evil Claus brother. If you see him, say hi to Santa for me.
Columnist Adam Hartung, who wrote the idiocy above that you quoted writes for Forbes but doesn’t speak for Forbes. You are getting the magazine Forbes confused with the person of Steve Forbes.
Forbes the person is a conservative. The magazine represents a diverse number of views.
Ronald Reagan created more jobs in each of his terms as Barrack Obama has done in six years.
Obama delivered smaller government and smaller deficits?
Your capacity to deceive yourself is why progressives just lost the last election. Badly.
That’s it for this week,
V/r,
JR
http://finance.townhall.com/columnists/johnransom/2014/11/23/yankee-go-home-n1922692/page/full

Posted by theodore miraldi at 9:23 AM