For the Media, the Climate of Hate is Always on the Right 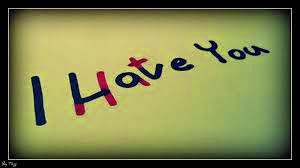 I must say that for some decades now, the media have proven to be terrible weather forecasters, always finding the climate of hate on the right, and never seeing it on the left of the political map.
My friend (who picked his moniker "Danube of Thought" from the late Romanian despot Nicolae Ceausescu) documents some of the coverage of the assassination of President Kennedy -- murdered by a Communist gunman:

"Hatred and fanaticism, the flabby spirit of complacency that has permitted the preachers of fanatical hatred to appear respectable, and the self-righteousness that labels all who disagree with us as traitors or dolts, provided the way for the vile deed that snuffed out John Kennedy’s life.”

— The editor of the Austin American writing in November 1963
"Since the crime seemed too vast to be attributed to a single criminal, wrote historian William Manchester, Dallas itself became the city where 'they' killed Kennedy. A month before Kennedy's visit the US ambassador to the UN, Adlai Stevenson, had been assaulted and spat on. Dallas became known as a hotbed of extremists. Kennedy told his wife 'we're heading into nut country' before the visit.
"The assassination served to cement the city's reputation. 'Dallas was victimized,' says Stephen Fagin, associate curator of the depository's Sixth Floor Museum. 'It gained a reputation as an unwelcoming and hostile environment – the city of hate.’” Frank Rich, 2011:
"Immediately after the assassination and ever since, the right has tried to deflect any connection between its fevered Kennedy hatred and Oswald’s addled psyche with the fact that the assassin had briefly defected to the Soviet Union. But at the time even some Texans weren’t buying that defense. An editorial in the Dallas Times Herald chastised its own city for supplying 'the seeds of hate' and 'the atmosphere for tragedy.'"
More from DoT: In 'Dallas 1963,' Texas journalists Bill Minutaglio and Steven Davis document the toxic stew of hate for John F. Kennedy that swirled in Dallas in 1963, a firestorm of anti-Kennedy feeling that culminated in the president’s assassination."

He asks: “A toxic stew of right-wing hate can even get a delusional Communist to enlist in the cause. So: has Sharpton created such a toxic stew? Can the toxic stew have incited the cop-killer to act?”
There is no doubt in my mind that the intemperate remarks and conduct of the president, attorney general, pogramist, tax-evader, and White House advisor Al Sharpton, and Mayor de Blasio have created the kind of toxic stew that has now put the lives of police throughout the country at risk. And if they are at risk, so are we, for they stand between us and barbarism.
I am not alone in this belief. Howard Safir, former NYPD Commissioner said: "When Ismaaiyl Abdulah Brinsley brutally executed Officers Ramos and Liu he did so in an atmosphere of permissiveness and anti-police rhetoric unlike any that I have seen in 45 years in law enforcement. The rhetoric this time is not from the usual suspects, but from the Mayor of New York City, the Attorney General of the United States, and even the President. It emboldens criminals and sends a message that every encounter a black person has with a police officer is one to be feared."
Tom Maguire documents an instance of Obama’s incendiary language, notes the violent language of the protests of the Brown, Garner  killings and observes:

All too often when our friends on the left stage a protest it turns violent. At which point, we hear explanations about how it was hijacked by a radical fringe and we are all supposed to be surprised.
Maybe one day these leaders on the left will achieve a better understanding of their base.
MORE: Collective guilt -- in MediaWorld it's only for conservatives! Meanwhile, the left is all about group identity and group politics until there is blame to be assigned.

At Commentary, Jonathan Tobin makes it clear that while he doesn’t hold them responsible for the murderers of officers Liu and Ramos, there has been a four-month campaign against the police and the justice system by “the race hucksters, and their political enablers such as President Obama, Attorney General Eric Holder, and New York City Mayor Bill de Blasio [and it’s time for them] to stop the campaign of incitement against the police.”
The incitement, he observes was, in any event, based on falsities -- or as in another context, what Sultan Knish (David Greenflield) calls “ Post-truth America” where with media connivance, citizens are encouraged to accept total lies as truth and act on them, where respect for truth and due process mean nothing. What matters are emotional responses -- turned on or off at will by a complicit, biased, not very bright media. As Greenfield puts it: “Progressives don’t only live in a post-American world; they live in a post-Truth world. A world without facts and without truth is one in which the America that was cannot exist. “The innocent kid in a hoodie shot down in cold blood by a racist ‘White-Hispanic”, the college-bound kid shot by a racist cop while he had his hands up and was surrendering, the poor loosie-selling black man choked to death by racist NYC cops -- these are all false narratives, clung to and megaphoned despite ample evidence weighed by grand juries that they are false.
It’s hard not to become disheartened when we see elected officials undercutting the very institutions we cherish and rely on, and even more disheartening to learn that people who should know better conflate support for law enforcement with an unwillingness to acknowledge occasional shortcomings. Worse yet is to see that despite the clear evidence of the consequences of encouraging anti-police conduct, that this trend is continuing.
The NY Post describes a Brooklyn judge who, despite being admonished by her boss for freeing a gang member who posted a death threat to cops online, went ahead and  released without bail a man arrested for punching out a cop and threatening the lives of  the others who’d arrested him.
Luckily, the NYC police take such threats more seriously than does Judge Laura Johnson, for almost simultaneously to the bizarre actions of Judge Johnson, NYPD went to the home of a man who talked about killing white cops and found an armory of weapons in his possession.
It’s hard not to be discouraged when we see anti-capitalist Occupiers, Communists, anarchists, black militants, racist and anti-Israeli hucksters marching through our streets, encouraging and creating mayhem.
I agree with Walter Russell Mead, though, that the media, the universities, the other centers of left-wing indoctrination are generally losing more and more of their power to influence public opinion and debate in the broader arena and political outcomes.
Despite the ridiculous anti-Palin “climate of hate” narrative, a pro-gun Republican won Giffords’ former Congressional seat. We may live in an atmosphere where the left lives by peddling post truths, but it appears fewer of us outside those institutional cocoons are buying them.