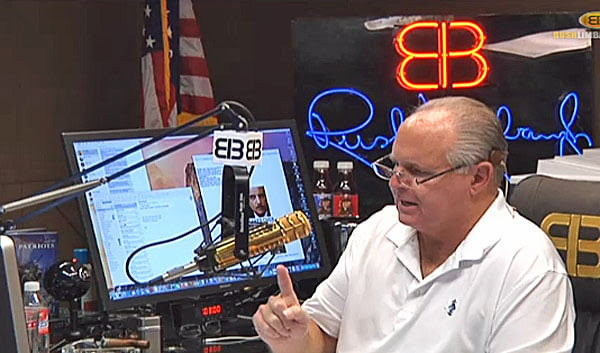 Talk-radio icon Rush Limbaugh says President Obama is actually breaking down the U.S. justice system by his comments on controversies such as the refusal of grand juries in New York and Missouri to indict police officers for the deaths of Eric Garner and Michael Brown.

Read more at http://www.wnd.com/2014/12/rush-obama-breaking-down-justice-system/#EQhlpeFALxLW1uFD.99
Posted by theodore miraldi at 10:45 AM