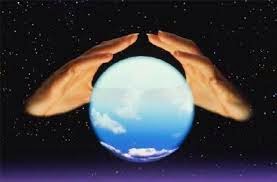 The 2014 midterm elections were largely a referendum on President Obama, and Republicans should expect him to push more unilateral action over the next two years to avoid political battles with a GOP Congress, according to University of Virginia Political Science Professor Larry Sabato.

Sabato directs the school’s Center for Politics and “Sabato’s Crystal Ball,” which very accurately predicted the Republican gains in the House and Senate.
By the time all races were decided, Republicans had picked up nine Senate seats to set up a 54-46 GOP majority come January. The GOP also added 15 House seats and will soon hold a 247-188 majority in that chamber.
So why did Republicans have such a good year? Sabato said to look no further than the other end of Pennsylvania Avenue.
“Midterm elections, inevitably, are a reflection of the popularity or unpopularity of the White House. Remember, it’s all about turnout. You always have a low turnout with midterm elections, so you always ask which side is more energized. Well, clearly Republicans were. They were angry at the White House. They had a long list of grievances after six years,” said Sabato, who noted that Democrats didn’t turn out their vote for a predictable reason.
“Democrats were not excited anymore. The bloom is off the rose,” he said. “That usually happens in the sixth year. It doesn’t always happen, but it usually happens because by then the partisans of the guy in the White House realize that nirvana will not be occurring. You’re not going to have all of those promises fulfilled that were made in the original election.”
As a result of the GOP controlling both sides of Capitol Hill, Sabato said Republicans should brace themselves for Obama’s attempts to change policy unilaterally as he did on immigration in November.
“Yes, this will be an interesting two years,” he said. “I think there will be a fair number of executive actions, executive orders. There’ll be all kinds of things that he will do independently because he knows he’s not going to be able to give anything substantial through Congress.”
While debates continue over the constitutionality of such moves, further executive action by Obama is likely to come on issues that will please the liberal base of the Democratic Party but infuriate Republicans and many independents. That sets up a curious situation for the 2016 Democratic nominee, who most expect to be Hillary Clinton. Sabato said Clinton will try to run on her husband’s record from two decades ago but that avoiding Obama’s unpopularity will be virtually impossible.
“The nominee of the incumbent president’s party has to bear witness for the incumbent president’s actions,” he said. “If the incumbent president is very unpopular at election time, it’s awfully difficult to win that third term.”
For the next two years, Sabato expects little more than gridlock, and he said the issues most likely to spark fierce battles are fairly predictable.
“Immigration is one, clearly. Republicans will try to defund some of what President Obama had in his executive order. Obviously, the Congress is going to try and trim back Obamacare. They realize a full repeal would just be vetoed and they don’t have enough votes to override a presidential veto,” said Sabato, who believes progress might be made in repealing specific Obamacare provisions, such as the medical device tax.
In addition to battles with Obama and congressional Democrats, GOP leaders may also find themselves at odds with members of their own party and grassroots activists expecting bold conservative action. Sabato said this will be a delicate dance for incoming Senate Majority Leader Mitch McConnell.
“The solution is to find a certain number of things, for example a trade pact, that both houses and the president can agree on,” Sabato said. “You get four or five of those things done, you’re able to say, ‘You see, we weren’t just the party of no. We weren’t just refusing to cooperate. We accomplished these things.’
“At the same time, you have to keep the base happy, which means maybe you have votes on abolishing Obamacare. Of course, Obama would veto anything like that, but it would excite the base. It would prove to the base that their votes mattered and that they’re being heard.”
Of course, Congress will only have a few months before presidential politics grind most major legislative efforts to a halt and the media and the experts begin to focus on the 2016 field. Sabato said he and the crystal ball will be ready.
“We’re polishing it. We’re getting it ready for the next cycle,” he quipped.

Posted by theodore miraldi at 11:34 AM