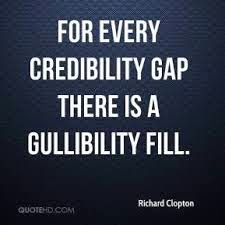 
Can President Obama sell an Iran deal at home?
If his negotiators strike an agreement next month, we already know that it will be far from ideal: Rather than eradicating Iran’s nuclear-weapons potential, as once was hoped, a pact would seek to control Iran’s activities for some limited number of years.
Such a deal might be defensible on the grounds that it is better than any alternative, given that most experts believe a military “solution” would be at best temporary and possibly counterproductive.
But making that kind of lesser-evil defense would be challenging in any circumstances. Three conditions will make it particularly hard for Obama to persuade Congress and the nation to accept his assurances in this case: the suspicious, poisonous partisanship of the moment here, with Israeli politics mixed in; worries that he wants a deal too much; and the record of his past assurances.
The partisanship needs no explanation, but the record of foreign-policy assurances is worth recalling:
●In 2011, when he decided to pull all U.S. troops out of Iraq, Obama belittled worries that instability might result. Iraq and the United States would maintain “a strong and enduring partnership,” Obama said. Iraq would be “stable, secure and self-reliant,” and Iraqis would build a future “worthy of their history as a cradle of civilization.”
Today Iraq is in deep trouble, with a murderous “caliphate” occupying much of its territory and predatory Shiite militia roaming through much of the rest.
●That same year, Obama touted his bombing campaign in Libya as a model of U.S. intervention and promised, “That’s not to say that our work is complete. In addition to our NATO responsibilities, we will work with the international community to provide assistance to the people of Libya.”
The United States and its NATO allies promptly abandoned Libya, which today is in the grip of civil war, with rival governments in the east and west and Islamist terrorists in between.
●Obama also said then, “Some nations may be able to turn a blind eye to atrocities in other countries. The United States of America is different. And as president, I refused to wait for the images of slaughter and mass graves before taking action.”
That was before Syrian dictator Bashar al-Assad’s barrel bombs, systematic and well-documented prison torture and other depredations of civil warkilled 200,000 of his compatriots , and drove millions more from their homes.
●In August 2011, Obama declared that Assad must “step aside.” In a background briefing a senior White House official added, “We are certain Assad is on the way out.” In August 2013 came Obama’s statement that “the worst chemical attack of the 21st century . . . must be confronted. . . . I have decided that the United States should take military action against Syrian regime targets.”
No military action was taken, and Assad remains in power.
●In September, the president said his strategy for defeating the Islamic State “is one that we have successfully pursued in Yemen and Somalia for years.” Shortly thereafter, an Iran-backed rebellion deposed Yemen’s pro-U.S. government, forcing the United States to abandon its embassy and much of its anti-terror operation.
●Just last month, in the State of the Union address, Obama presented his Ukraine policy as a triumph of “American strength and diplomacy.
“We’re upholding the principle that bigger nations can’t bully the small by opposing Russian aggression and supporting Ukraine’s democracy,” he said.
Since then Russian forces have extended their incursion into Ukraine, now controlling nearly one-fifth of its territory. Russia’s economy is hurting, but Ukraine’s is in far worse shape.
This litany of unfulfilled assurances is less a case of Nixonian deception than a product of wishful thinking and stubborn adherence to policies after they have failed. But inevitably it will affect how people hear Obama’s promises on Iran, as will his overall foreign policy record.
That record includes successes, such as the killing of Osama bin Laden, warming ties with India and a potentially groundbreaking agreement with China on climate change. By most measures, though, the world has not become safer during Obama’s tenure. Islamist extremists are stronger than ever; democracy is in retreat around the globe; relations with Russia and North Korea have worsened; allies are questioning U.S. steadfastness. Openings as well as problems can appear unexpectedly in foreign affairs, but the coming two years offer only two obvious opportunities for Obama to burnish this legacy: trade deals with Europe and with Pacific nations, and a nuclear agreement with Iran. That limited field fuels worries that administration negotiators will accept the kind of deal that results from wanting it too badly.
Whatever its contours, Obama would be making a big mistake to try to implement such a momentous pact, as administration officials have suggested he might, without congressional buy-in. But it’s not surprising that he would be tempted to try.
http://www.washingtonpost.com/opinions/the-limits-of-wishful-thinking/2015/02/22/0bbcf162-b845-11e4-aa05-1ce812b3fdd2_story.html?hpid=z3
Posted by theodore miraldi at 9:55 AM