For Death by ISIS You Have to Go Out; Illegal Aliens Deliver! 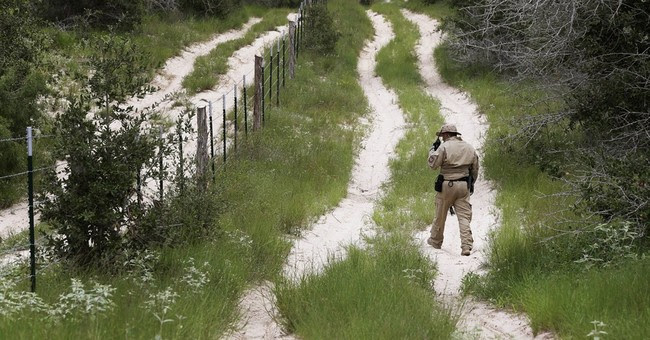 
You can always tell the media are hiding something when they obsessively focus on Muslim atrocities someplace else in the world. Cable TV could cover Muslim atrocities 24 hours a day, seven days a week, from 632 A.D. to the end of time, without repeating themselves.
For at least a year after 9/11, I used to turn on the TV, and if I saw a "Survivor" contestant, I'd think, "Good. No news." These days, I turn on the TV, and if I see former U.N. ambassador John Bolton, I think, "Good. No news."
By now, the public knows more about ISIS than they know about the Kardashians. But it has no idea that the very same Senate Democrats who claimed to oppose Obama's amnesty when they were campaigning are currently filibustering a bill to defund it, and Senate Majority Leader Mitch McConnell is ready to cave.
ISIS has killed four Americans -- in Syria. We're not exactly talking about another 9/11. Here's a tip: If you don't want to be killed by ISIS, don't go to Syria.
Meanwhile, illegal aliens have killed, raped and maimed thousands of Americans -- in America. If you don't want to be killed, raped or maimed by illegal immigrants in your own country, I have no tips for you. There's nothing you can do. You're on your own. Good luck.
Our politicians don't care. They are obsessed with cleaning up the rest of the world, while we're getting our clock cleaned at home.
Americans are at greater risk of being killed by Joran van der Sloot than by ISIS, since a lot more of us vacation in Aruba, as Natalee Holloway did, than in Syria. So why doesn't Sen. John McCain drone on, day after day, Joran van der Sloot is winning. We're neither degrading nor destroying Joran van der Sloot.
With the media's Soviet-style censorship about immigrant crime, unless a member of your immediate family has been killed by an illegal alien, you might not have noticed the growing death toll, but here are some small, below-the-fold local news items just from the last two weeks.
On Monday of this week, Jaime Balam, an illegal alien from Mexico, appeared in court in San Francisco to face charges that he shot three American college students, one fatally, because they happened to be wearing the wrong colors. "I would never expect something like this to happen in my life," the murder victim's father said. "These guys, they destroyed my life, me and family, for nothing."
Also this week, Juan Javier Mejia was captured in Mexico and returned to the U.S. to face charges that he and his half-brother, Abram Daniel Palacios, gunned down Ivan Carrillo in San Jacinto, California. Mejia has previous convictions in this country for rape and assault with intent to commit rape and burglary, while his half-brother Palacios has prior convictions for narcotics possession, criminal threats and spousal battery.
Also just this week, jury selection began in the trial of illegal alien Dora Ramirez, who, along with her illegal alien husband, Ulises Arturo Reyes Mercado, is alleged to have lured her lover to a rural area of Alabama, where they shot him in the head, execution-style, then fled back to Mexico. Ramirez later returned to live in Decatur, Alabama, with her illegal alien parents, while Mercado is presumably still in Mexico, eagerly awaiting his "family reunification" under Obama.
Last Friday, Feb. 21, Margarita Garabito was convicted in the brutal beating death of her 10-year-old stepdaughter. When the girl was found, she had an open 7-inch wound on her skull, all her ribs had been broken and her body was covered with bruises. Or, as Garabito said -- through a Spanish interpreter -- "God knows I have a good heart." Well, I think that goes without saying, Margarita.
The day before that, on Feb. 20, Bassel Saad, the Lebanese immigrant who killed John Bieniewicz at a soccer game in Livonia, Michigan, last year, pleaded guilty to involuntary manslaughter.
Last Tuesday, Feb. 17, illegal alien Juan Ramon Garcia tried to run over a U.S. Border Patrol agent with his car, according to authorities. Garcia had five more illegal aliens in his vehicle. He's charged with assault on a federal officer, human smuggling and impersonating Suge Knight.
The previous week, on Feb. 11, illegal immigrant Ricardo Picasso was sentenced to 139 years in prison for murdering 25-year-old Eric Reyes at a house party in Lindsay, California. His lawyer is pretty sure he can get that down to just a century.
On Feb. 6, the same day that ISIS killed Kayla Mueller -- the most recent American to be killed in a country thousands of miles away from here -- 17-year-old Jacob Koffman was stabbed to death in a residential area of Sherman Oaks, California. Police arrested Ennio Avolio and are still looking for two other Hispanic men who were seen fleeing the crime scene.
ISIS is not at our doorstep. Illegal immigrants are not only at our doorstep, but millions of them are already through the door, murdering far more Americans than ISIS ever will.
Sometimes people don't want to be cleaning up the rest of the world.
Lenin seized power from Russia's provisional leader, Alexander Kerensky, in 1917, because Kerensky would not stop fighting wars. By promising peace, Lenin won such widespread support from exhausted Russians that the Bolsheviks were able to overthrow the government in less than a day.
That's what a lot of Americans thought they were voting for last November. Couldn't we please focus on Americans for a bit? Can't a Republican Congress do anything to stop the surge of foreign criminals, viruses and parasites crossing our border? Will politicians ever stop gassing on about what's happening 7,000 miles away and worry about us?


But politicians and the media only want to give us war, while aiding the enemy in the war we're already in, here at home.
http://townhall.com/columnists/anncoulter/2015/02/25/for-death-by-isis-you-have-to-go-out-illegal-aliens-deliver-n1962449/page/full
Posted by theodore miraldi at 9:55 AM