‘Locked and Loaded’: FCC primed for vote on Internet regs

The Federal Communications Commission is driving toward a landmark vote Thursday on a sweeping plan that critics warn would impose a new era of regulation for how Americans use and do business on the Internet, even as eleventh-hour appeals inject added drama behind the scenes.
The so-called net neutrality proposal has been the subject of fierce debate, in part because the 332-page plan is being kept from public eyes. President Obama's vocal push for aggressive Internet rules also has raised questions on Capitol Hill over undue influence by the White House -- but House Republicans who had planned a hearing on that very subject said Wednesday they would postpone after Chairman Tom Wheeler allegedly refused to testify.
"This fight continues as the future of the Internet is at stake," House oversight committee Chairman Jason Chaffetz, R-Utah, and House Energy and Commerce Committee Chairman Fred Upton, R-Mich., vowed, in a statement announcing the hearing delay.
For now, the plan is in the FCC's hands.
At issue is a proposal that proponents say would ensure an "open" Internet, by growing the government's power to oversee Internet service providers and establish new rules to bar companies from blocking or slowing data.
But The Hill reports that a vital Democratic member, Mignon Clyburn, is now seeking last-minute changes to scale back Wheeler's proposal.
This puts Wheeler in a tough spot because the FCC is composed of three Democrats and two Republicans. The Republicans are likely to oppose the plan, and Wheeler would need Clyburn on board to push it through.
According to The Hill, Clyburn would leave alone the most controversial plank of the proposal -- a call to regulate broadband Internet as a telecommunications service, treating it much like telephones.
But she reportedly wants to strip a new legal category that would give the FCC additional legal authority over certain deals over back-end Internet traffic.
Her requests may be in the weeds, but they have the effect of potentially complicating Thursday's vote. The two Republican members, Ajit Pai and Mike O'Rielly, earlier this week already urged Wheeler to postpone that vote -- and to release the plan so the public can review it. Wheeler so far has not agreed to do so. Wheeler needs a three-member majority to approve the plan.
Asked about the report in The Hill, Clyburn's office said she would not comment "on any potential changes to the Open Internet Order out of respect for the deliberative process."
Her office said: "Any reports about policy or position shifts when it comes to the item have not been verified or confirmed by her office. Commissioner Clyburn continues to advocate for strong open Internet protections for consumers and looks forward to voting the item on Thursday."
Still, Clyburn's supposed requests may not be a deal-breaker.
One FCC official told FoxNews.com there appears to be little sign of the vote being delayed.
"They are very locked and loaded with this whole thing," the official said.
Pai and O'Rielly, meanwhile, have made their position clear. Pai tweeted a photo of himself with the proposal on Wednesday, announcing that he would oppose it. 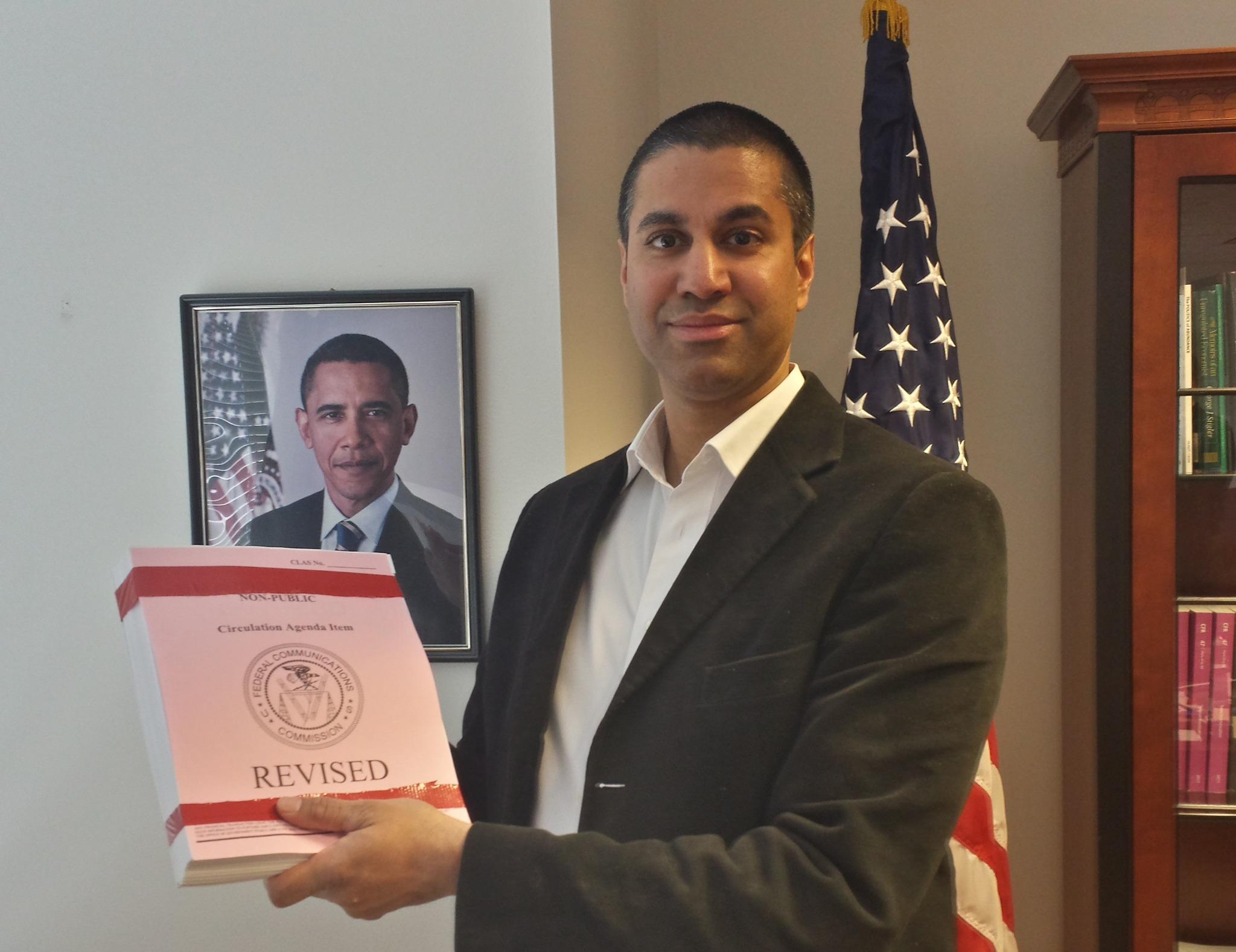 Here is Pres. Obama's revised 317-page plan to regulate the Internet. The public still can't see it. I'm voting no.
While Wheeler and consumer groups say the proposal is necessary to prevent providers from creating slow or fast Internet lanes in which content companies like Netflix can pay to jump to the head of the queue, Pai co-authored a Politico op-ed with Federal Election Commission member Lee Goodman describing the plan as "heavy-handed."
They said it would allow the FCC to regulate broadband rates; "decree" whether companies can offer "consumer-friendly service plans" like unlimited access to streaming music; and claim the power to force companies to "physically deploy broadband infrastructure."
The commissioners argued that the panel was conjuring the idea of "digital dysfunction" in order to "justify a public-sector power grab."
Wheeler, though, has pushed back on the calls for a delay.
He tweeted earlier this week that the future of the "open Internet" is at stake, and, "We cannot afford to delay finally adopting enforceable rules to protect consumers & innovators." He also noted that the commission received "more than 4 million comments on #OpenInternet during past year that helped shape proposal."
"It's time to act," Wheeler tweeted.
Asked Tuesday about the call for a delay, an FCC spokesperson also told FoxNews.com that the 4 million comments amounted to an "unprecedented" level of public response.
"In accordance with long-standing FCC process followed in both Democratic and Republican administrations, Chairman Wheeler circulated his proposal to his fellow Commissioners for review three weeks before the scheduled vote. The Chairman has seriously considered all input he has received on this important matter, including feedback from his FCC colleagues," the spokesperson said.
Even if the FCC approves the plan on Thursday, the next stop may be the courts. Industry lobbyists say it's likely that one of the major providers will sue and ask the court to suspend enforcement pending appeal.
Meanwhile, The New York Times reports that efforts by Hill Republicans to fight the plan with legislation appear to be fading.
''We're not going to get a signed bill that doesn't have Democrats' support," Sen. John Thune, R-S.D., told the newspaper, though his office later pushed back on the notion that Republicans were giving up on the issue.
FoxNews.com's Judson Berger and The Associated Press contributed to this report.
http://www.foxnews.com/politics/2015/02/26/locked-and-loaded-fcc-primed-for-vote-on-internet-regs-amid-11th-hour-drama/?cmpid=NL_morninghl
Posted by theodore miraldi at 9:12 AM