Rudy Giuliani is right about Obama 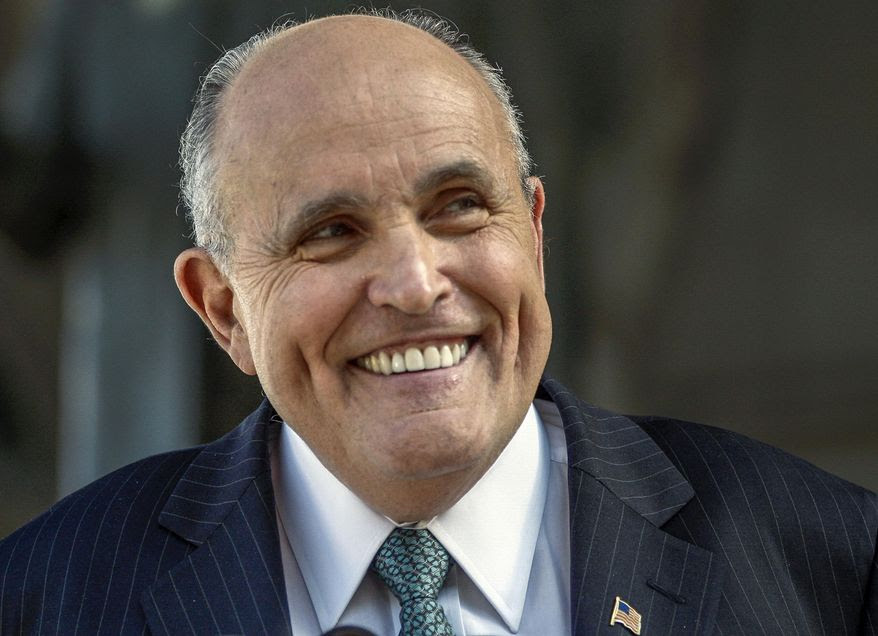 Rudy Giuliani shocked the left wing media that acts as a palace guard for Barack Obama this week. He spoke a simple truth.
“I do not believe, and I know this is a horrible thing to say, but I do not believe that the president loves America,” the former New York mayor said at a dinner attended by Wisconsin Gov. Scott Walker.
Mr. Giuliani said what conservatives have been saying for years: Mr. Obama doesn’t love America.
The day after Mr. Giuliani spoke the truth, he backed down a bit, saying he believed Mr. Obama was a patriot.
Standing up to a relentless pounding by the liberal media is not an easy thing. But to call Mr. Obama a patriot is as delusional as much of the propaganda that comes from left-wing outfits like Moveon.
It is plainly obvious Mr. Obama does not love America. His patriotism can be questioned because he has none. In 2008, Mr. Obama questioned George W. Bush’s patriotism. For all of his faults, President Bush did and does love America, and he is a patriot.
Liberals scream when their patriotism is questioned. While they have no compunction about questioning the patriotism of real Americans, they act as if real Americans cannot possibly question their patriotism.
Yes, real Americans can because their patriotism is non-existent.
There are a lot of unpatriotic acts Mr. Obama has committed — from calling conservatives domestic terrorists, to policies designed to undermine the American economy to his release of terrorists so they can return to jihad against America.
America is a Christian nation. While not everyone in this nation professes the Christian faith, culturally this is a Christian nation. Mr. Obama insanely continues to claim America is a Muslim nation. At his seminar this week on Combating Extremist Violence, Mr. Obama again repeated the assertion that Muslims helped build the fabric of America.
Mr. Obama will not name Islamic terrorism as a threat America faces.
Americans have been kidnapped and killed by Islamists and what does Mr. Obama want to do? He wants to help the Islamists.
The talking points coming out of the Combating Violent Extremism seminar was that Christian extremists were the real problem.
Was America asleep the last time the Sisters of Charity went out beheading non-Christians?
The case for Mr. Obama’s lack of love for this nation is compelling. We face an enemy who hates us and wants to destroy us, and Mr. Obama wants to appease them. Mr. Obama is trying to run the clock out while Iran develops the bomb. At the same time, he alienates almost every ally America has.
When our allies Jordan and Egypt want intelligence so they can strike ISIS, Mr. Obama denies that to them. His strategy in combating ISIS is a strategy that is deliberately ineffective. Every analyst outside of government says the strategy Mr. Obama prefers won’t work. Yet he pursues it.
Contrary to what the left says, we can tell whether someone loves their nation or not. We can tell whether someone is a patriot or not.
Mr. Obama does not love this nation. He hates this nation. He is not a patriot. He is the opposite of a patriot.
The alarming part of all of this is that the values Obama holds of hating America and Western Civilization are the mainstream ideas of the Democrat Party as well.
Read more: http://www.washingtontimes.com/news/2015/feb/21/judson-phillips-rudy-giuliani-right/#ixzz3SQOhH6XX Follow us: @washtimes on Twitter
Posted by theodore miraldi at 6:24 PM