The Real Crimes By Obama: Against Blacks 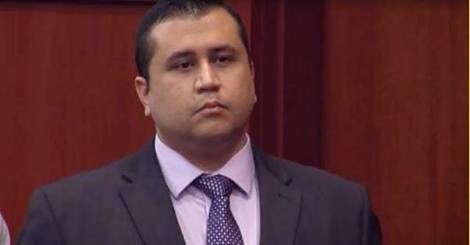 
Three years later and even the Obama administration has to admit that George Zimmerman committed no crime when he shot Trayvon Martin.
“The U.S. Justice Department said on Tuesday it will not file civil rights charges against George Zimmerman,” reported Reuters, “concluding its investigation three years after the Florida neighborhood watch volunteer fatally shot unarmed black teenager Trayvon Martin.”
So even the low bar of hate crime status couldn’t be cleared.
Let’s make this clear right now: Was Zimmerman wrong?
Yes, I think so.
I would not have shot and killed Trayvon Martin.
I am certain of this.
But there is a big difference between committing a crime and being wrong.
And it obscures the real crimes committed by Democrats—including Obama-- against blacks every day: an education system which, thanks to unions, fails inner city kids; a political system designed to keep blacks on the liberal Plantation; an judicial system that keeps black males in jail; a monetary system that punishes blacks inordinately over white, Hispanic and Asian workers.
Notice “white” was the only term not capitalized.
That’s why George Zimmerman was classified as a “white” Hispanic, as if the term existed previously.
While ISIS rampages over the Middle East, Russian rapes her neighbors, Obama pretends like this is 1964, rural Mississippi.
The discrimination that happens is systemic, perpetuated by the federal system that Obama champions.
And that’s really at the heart of the Zimmerman investigation. You’ll notice that they quote the Martin family about their disappointment.
MARTIN'S FAMILY DISAPPOINTED, says Reuters.
Yeah but Zimmerman’s family is happy.
When someone dies who is innocent, it’s a zero sum game.
No one is gonna win.
Obama knows this and so does Eric Holder, Attorney General.
They don’t want to win, they want to gain.
"This young man's premature death necessitates that we continue the dialogue and be unafraid of confronting the issues and tensions his passing brought to the surface," said Holder of the decision.
It’s sad that these two black men, who presumably would have so much to offer black youth, have nothing to offer at all in the end but propaganda.
"Our decision not to pursue federal charges does not condone the shooting that resulted in the death of Trayvon Martin and is based solely on the high legal standard applicable to these cases," Acting Assistant Attorney General Vanita Gupta of the Civil Rights Division said in a statement.
That’s as it should be.
High standards when talking about subjective evidence like “hate” crimes and civil rights violations is proper.
It is properly reserved for the most heinous of acts.
What George Zimmerman and Trayvon Martin did that night was tragic but certainly not heinous. Had it been I in Zimmerman’s place Trayvon Martin most certainly would be alive today. Of this I am sure.
That he—Zimmerman-- was stupid, yes to this I subscribe.
But there is a big difference between the stupidity of private citizens and public officials like Obama and Holder. They are stupid on purpose.
I for one am sick of it.
http://finance.townhall.com/columnists/johnransom/2015/02/25/the-real-crimes-by-obama-against-blacks-n1961880/page/full
Posted by theodore miraldi at 1:34 PM