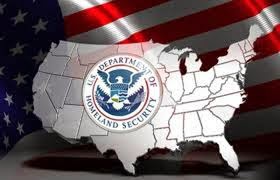 Jonathan S. Tobin
With only hours to go before the deadline for a Department of Homeland Security shutdown expired, a last minute compromise attempt to continue the funding failed late Friday afternoon. After the Senate passed a temporary spending bill to fund DHS, the House took up a measure that would keep the money flowing for three weeks until a more permanent solution can be found. But though the White House and the rest of the Democratic Party have been citing Republican efforts to stop funding those parts of the DHS budget that enable President Obama’s executive orders granting amnesty to up to five million illegal aliens as the cause of the shutdown, when push came to shove it was the Democrats who voted overwhelming against the compromise that could have ended the standoff. Though efforts to try again may continue through the evening and the weekend, the House vote showed that the Democratic talking points about the GOP being the party of obstruction that has been endlessly repeated by the president’s liberal mainstream media cheering section is a transparent lie.
The vote on the compromise plan was a narrow defeat for the proposal put forward by House Speaker John Boehner. But while there were significant Republican defections from their leadership’s proposal, the reason the measure failed was due to the Democrats. Republicans supported the funding by a margin of 192 to 50. But Democrats opposed it by a 172-12 vote.
Why did the Democrats who have been accusing Republicans of playing politics with funding for DHS at a time when the terrorist threat from ISIS and its sympathizers is so great vote no? The answer is simple. They were playing politics.
Rather than accept a compromise that would have kept the department funded, they chose to grandstand in favor of a bill that would have extended throughout the fiscal year. That’s their privilege but if the goal here was to ensure that DHS is funded while the leaders decide on a permanent solution to a problem created by the president’s extralegal end run around Congress on illegal immigration, then their stunt failed miserably.
The point here isn’t to say that Republicans were not doing their own grandstanding as 50 GOP members also voted no because they want no funding of DHS so long as the executive orders stand. But with almost all the Democratic caucus decided to play “chicken” with the majority and thus run the risk of defunding DHS when a compromise was there to be passed, the mainstream media’s favorite theme about Republican obstructionism just became obsolete.
Neither side is without blame in this standoff. The notion that the Republicans who are standing on principle as they seek to use their power of the purse to defund the amnesty program are the extremists while the Democrats are the adults in the room has always been pure partisan bunk. By refusing to compromise on his executive orders, the president is just as guilty of pushing the nation to the brink over DHS funding as the Republicans.
But by torpedoing a measure that would have kept the money flowing to DHS — the thing that Democrats have been telling us is the only thing that matters — the president’s party revealed themselves to be just as cynical and mindlessly partisan as anyone on the other side of the aisle. If anything, they are far worse because they are hypocrites for decrying obstructionism while acting as the prime force behind today’s gridlock spectacle. If Republicans can be smeared as “terrorists” for holding the budget hostage to make their political points, what do we call Democrats who do the same thing?
This may not stop liberals from using the same tired meme about Congressional Republicans in the future. But if they do, honest observers will remember the DHS shutdown that illustrated just how specious Democratic claims of innocence truly are.
https://www.commentarymagazine.com/2015/02/27/whos-shutting-down-dhs-democrats-gridlock-department-of-homeland-security-defunding/#more-857558
Posted by theodore miraldi at 3:50 PM