Arab Media Lashes Out at Obama for Iran Negotiations

Saudi commentator: ‘He is gambling with the

future of the region’ 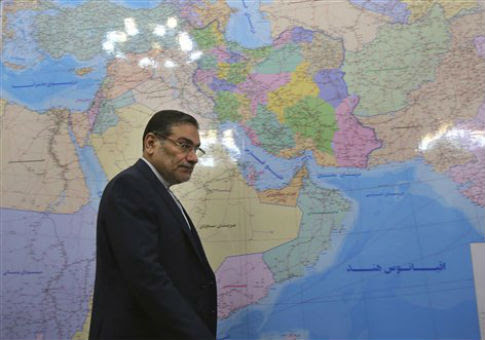 
JERUSALEM—With Washington cozying up to Tehran as nuclear negotiations approach countdown stage, Arab media in the region are lashing out at the United States for jilting its Arab allies.
Unlike Israelis, who are focused on the danger of nuclear weapons in the hands of a regime calling for their country’s elimination, citizens of Arab states are concerned about Iran’s imperial ambitions. The nuclear threat is seen as a tool to further those ambitions rather than a direct threat.
Khaled Al-Dahil, a Saudi political commentator writing in the London-based daily Al-Hayat, said the Obama administration is allowing Iran and its Shiite militias to operate freely in Iraq and Syria in order to advance the signing of a nuclear agreement. “Why does Obama consider it necessary to reach such an agreement? Because his objective is to tie the Iranians’ hands for 10-15 years in hopes that by then Iran will have a new leadership and will become a different country—perhaps a democratic country with less of a desire for nuclear weapons. This perception is superficial and faulty because it is based on dreams that are more like delusions. He is gambling with the future of the region.”
Prominent Iranian figures have in recent days fed Arab fears by referring to Tehran’s imperial ambitions. The Saudi government daily, Al-Watan, noted in an editorial that the president of Iran’s Supreme National Security Council, Ali Shamkhani, boasted that Iran now has a presence on the shores of the Mediterranean (in Lebanon, as patron of the Hezbollah militia) and on the Bab-el-Mandab Straits linking the Red Sea and the Suez Canal with the Indian Ocean by virtue of its proxies in Yemen, the Houthis, who have taken control of that country.
Shamkhani’s remarks were followed by those of Ali Younesi, adviser to President Hassan Rouhani, who said Iran is once more an empire, as in antiquity, and that its capital is Baghdad in Iraq.
The editorial said these statements “reveal the truth about the Iranian aspirations to restore the glory of the Persian empire and take revenge on the Arabs.” The newspaper said the Gulf states and the Arab League must rouse the international community in order to limit Iranian expansion.
“The extent of U.S. collusion with Teheran,” said the editorial, “is apparent from the suspicious silence (by the U.S.) regarding the unusually extensive deployment of Iranian forces in Iraq under the pretext of fighting ISIS.”
The Saudi media, in a country with strong traditional ties with the United States, has been particularly outspoken on the issue. “The U.S. should know,” wrote Saudi journalist Abdallah Nasser Al-Otaibi, “that constantly taking a neutral position and occasionally negotiating with (Iran) behind the backs of its allies will damage the historic alliance that has existed since the 1940s and will cause its regional allies to consider shaking the hands of the other global power (Russia).”
Noting the influence that Russia has secured in Syria and elsewhere in the region, he said that the Gulf states must switch from periodic expressions of displeasure with their American partners “to a response that penetrates all the American elites.” The United States must make clear everything pertaining to Iran, he wrote, “for the current situation can no longer be taken lightly.”
http://freebeacon.com/national-security/arab-media-lashes-out-at-obama-for-iran-negotiations/
Posted by theodore miraldi at 2:35 PM