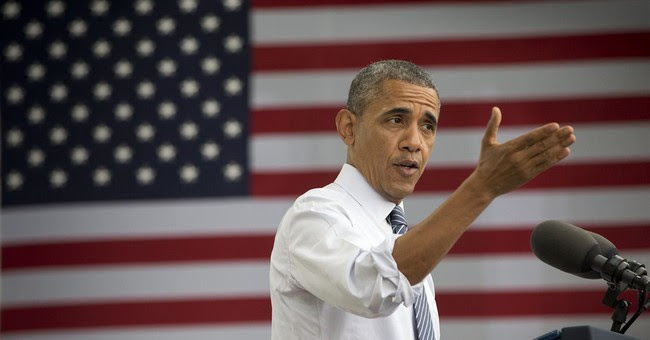 
President Obama’s concern about “middle class economics” is justified. But as I pointed out in a previous post, his prescriptions would do almost nothing to solve the problems. According to a private sector estimate, the benefit for families in the middle from all of the Obama proposals would be a paltry $12 a year. According to theTreasury Department, the benefit would be closer to $150. Either way, it’s small potatoes.
If you don’t understand the problem – or won’t acknowledge it even if you do understand it – you are unlikely to find a solution that works.
Here is what is going on. All middle class families understand that for their children to do well in life they need to be in good schools. But the opportunity to attend a good public school these days is rationed through the housing market. And those opportunities are far removed from what life was like for the parents of today’s parents.
During the 1960s, 70s and 80s, federal judges – most of them well intentioned – put the goal of integration above just about every other goal. By the time they threw up their hands and conceded defeat, the public school systems in many of our inner cities were just as segregated as when they began. And, as law professor Lino Graglia explained in Disaster by Decree, the judges left the public school system in shambles.
As the judges retreated, the teachers’ unions stepped in. As they gained power, it became increasingly difficult to do anything to improve failing schools. And at the local level, the party that is often in the best position to improve the schools seems to be owned lock, stock and barrel by the unions. That’s why Rahm Emanuel may get ejected as mayor of Chicago.
While the unions hate the term “school choice,” the public school system itself offers a myriad of choices. Almost a decade and a half ago Matt Moore and I investigated how the system worked in Dallas. At that time there were 79 school districts within a 50-mile radius of downtown Dallas. Assuming each district had at least two campuses at each grade level, a typical family had a choice of about 158 public schools — provided the parents could afford to buy a house in any neighborhood and were willing to drive a considerable distance to work.
How well did the system work? Better than you might think. A study by researchers at Southern Methodist University and the Dallas Federal Reserve Bank found that North Dallas houses near higher-ranking elementary schools sold for about 20 percent more than houses near lower-ranking schools. The authors concluded that the market for education works surprisingly well. Parents can discern quality and the market charges a premium for it.
This conclusion is supported by an informal survey conducted by Dallas attorney H. Martin Gibson of housing prices in Highland Park — a wealthy Dallas suburb. Although most Highland Park homes are inside the Highland Park Independent School District (HPISD), a few are in the Dallas Independent School District (DISD). Gibson found that, all else equal, homes on the HPISD side of the street sold for 24 percent more than those on the DISD side. This implied that many Highland Park homeowners were paying about $72,000 just for the right to send their children to Highland Park schools.
We then asked:

If the system works well for those who have money, how does it work for those who don’t? What happens to families who cannot afford to buy a house or don’t even own a car? Unfortunately, they’re out of luck. Since the current choice system in Dallas and across the country rations educational opportunity through the housing market, it’s almost inevitable that the children of low-income families will end up in schools no one else wants to attend. These are the schools with the worst teachers, the worst principals and the lowest test scores.

… parents who can afford more expensive homes are much more adept at dealing with public sector bureaucracies. If a bad teacher or principal is identified at a school in a wealthy neighborhood, parents typically will complain until that person is transferred to another school. Then the parents at the next school will likely complain. This transfer process will continue until the worst teachers and worst principals wind up at schools where either the parents don’t complain or nothing happens if they do. These invariably are schools in low-income neighborhoods.

Most people intuitively understand all this. What they may not understand is why the price of housing in many places keeps rising faster than their incomes.
On a national scale, a buyer who puts 20 percent down would need to earn a salary of $48,604 to afford the median-priced home in urban America. Since the median family income is $51,900, close to half the families in the country can’t afford an average-priced home. Note that’s not the price of a home in the best school districts. That’s just an average home.
This estimate comes from HSH.com, a mortgage research site that has estimated how much salary you need to earn to afford the principal, interest, taxes and insurance payments on a median-priced home in 27 metro areas. It turns out that where liberals are dominating public policies, the necessary income is higher than average. For example, you need to earn $60,603 to buy an average priced home in Portland, $72,844 in Seattle and $87,536 in New York City.
California seems to be setting the pace for the rest of the country. In Los Angeles you need to earn $89,665. In San Francisco you need a whopping $142,448 – about three times the median family income nationwide!
In How “Liberals Live” I described how housing policy works when wealthy liberals get their way:

Boulder has virtually destroyed any possibility of new housing that people who shop at Target and eat at McDonald's would find affordable. Through tight zoning restrictions, the city has virtually legislated new, middle class housing out of existence. The city has even purchased large tracts of land to make sure development doesn't occur.

So what to scholars on the left have to say about all this? Not much. However, Robert Frank is a very thoughtful scholar who recognizes the problem and says it is caused not by liberal housing policies but because people are trapped in an expenditure arms race. In a review of Falling Behind: How Rising Inequality Harms The Middle Class, Thomas C. Leonard summarizes Frank’s view as follows:

Space does not permit a full rendering of Leonard’s rejoinder to this, but it comes down to the observation that people care more about their kids than about keeping up with the Joneses. They would accept a smaller house if they could get into the right school district, he says, but they often do not have that opportunity.
Here is a final thought. While misguided housing policies are pricing middle income families out of the market both for houses and good schools, more and more of family “income” is in the form of non-wage benefits -- such as health insurance. That means less take home pay to cover such things as a home mortgage.
Under Obamacare that problem will likely to get worse. Much worse.
http://townhall.com/columnists/johncgoodman/2015/03/21/are-liberal-policies-squeezing-the-middle-class-n1973725?utm_source=thdaily&utm_medium=email&utm_campaign=nl&newsletterad=
Posted by theodore miraldi at 11:30 AM