'Obama administration has finally fully come out of the closet' 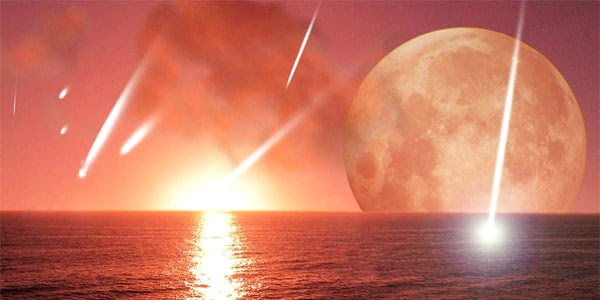 White House Chief of Staff Denis McDonough recently publicly demanded an Israeli “occupation that has lasted for almost 50 years must end,” pushing the relations between the U.S. and its chief Middle East ally for decades to the breaking point.
McDonough’s comments, made to the left wing activist group J Street, simply are proof of the Obama administration’s “hatred” for Israel, according to best-selling author Joel Richardson.
Richardson, who recently released “When a Jew Rules the World: What Every Christian Must Know about Israel in God’s Prophetic Plans,” explains the United States is now openly siding against Israel and the Jewish people.
“The Obama administration has finally fully come out of the closet and removed all pretense as to their hatred of Israel. In demanding that Israel withdraw from its own lands and end the ‘occupation’ (Israel is not presently occupying anything) the United States has joined its voice to those who are openly calling for the genocide of the Jewish people.”
McDonough’s speech has been widely interpreted as an attack on the Israeli government of Benjamin Netanyahu, as McDonough proclaimed the Obama administration expects “policies that demonstrate a genuine commitment to a two-state solution” and a cessation of settlement activity.
He also stated any peace plan should be based on “1967 lines” of territory, borders that Benjamin Netanyahu has previously slammed as “indefensible.”
Richardson condemned McDonough’s comments as a total misrepresentation of the Israeli situation.
“Imagine if you lived in an apartment building and you were surrounded by families that lived in open hostility to you and your children. Every one of the families had, at one time or another, openly expressed their plans to kill you and your children, and, in fact, two of your children had been killed by your neighbors.
“Determined to protect your family, you begin to take action. You hire armed security guards to stand outside your door. At the entrance to your building you install metal detectors to prevent your neighbors from bringing deadly weapons into your building. To protect you from the neighbors who killed your two young children, you install a secure security door between your two apartments that only you can unlock.
“Now imagine that nearly every day, groups of idealistic and opinionated young college students show up and stand outside your building, shouting into bull-horns how unfair and unjust you are being to your neighbors. Imagine if these same college students even began demanding that you remove the security door that separates your apartment from your neighbor’s apartment,” Richardson said.
“Such a scenario is the stuff of hellish nightmares. But the fact of the matter is that this actually does describe the situation in Israel in many ways. Poll after poll has shown that a vast majority of those living in the Palestinian territories support suicide bombings against the Jewish people. And until Israel built the wall, they were in fact very common, with multitudes of Israelis regularly losing their lives. Today, there are almost daily calls for the complete genocide of the Jewish people from those living in nations on every side of Israel.
“The call for a two-state solution is the call for the extermination of the Jewish people.”
J Street has been especially active in pushing for a two-state solution. The group has been accused of anti-Israel bias and is a regular critic of sanctions on Iran and Israeli anti-terrorist actions. J Street supports negotiations with the terrorist group Hamas, aided the Palestinian Authority in its attempt to unilaterally declare a Palestinian state at the United Nations, and received seed money from left-wing billionaire George Soros.
Besides the controversial choice of venue, McDonough’s speech comes at a time of crisis for American/Israeli relations. The Israeli government of Netanyahu has fiercely denied reports it spied on American negotiations with Iran over a nuclear weapon, even as the reports also revealed the United States has been spying on Israel.
According to allegations from a pollster working for Netanyahu’s Likud Party, “President Obama and his allies” were even more active in the unsuccessful campaign against Netanyahu than initially reported. This even included the use of American taxpayer dollars.
Richardson observes, “The overnight shift toward radical anti-Israel sentiment is happening not only around the world and within our own government but also in the churches. For that reason, it’s so important for Christians to read ‘When a Jew Rules the World’ so they know how to respond to the propaganda and deception sweeping the nations like a flood.”
Richardson interprets the publication of the book during this troubled period as “clearly providential.”
He affirms that reactions to the book have been uniformly supportive and says, “So far everyone who has read it has said that it is one of the most important books of our time. Every review so far has been resoundingly positive.”
As of Tuesday, “When a Jew Rules the World” enjoyed unanimous five star ratings from readers on Amazon.com.
Readers report”
Richardson’s previous bestseller, ”The Islamic Antichrist: The Shocking Truth About the Real Nature of the Beast,” is currently the No. 1 bestseller in “Islamic Theology” among all books on Amazon.com.
“When a Jew Rules the World” also enjoys top status as the current No. 1 new release in “Christian Eschatology” on Amazon.com.
Richardson says his work provides “clear, simple, and direct answers” to anti-Israel attacks. And at this time, he says, it is more critical than ever.
“The closer we get to the final days of the Obama administration, the more he is taking the mask off and revealing his radical anti-Western agenda. These comments from his chief of staff are just the latest example.”

Read more at http://www.wnd.com/2015/03/author-white-house-reveals-hatred-for-israel/#8tGdgb9RAHfef7EG.99
Posted by theodore miraldi at 9:28 AM