'Only a military option' can stop Iranian nuke quest

WASHINGTON – At the end of a historic week in which President Obama distanced himself from Israel and drew closer to Iran, former U.S. ambassador to the United Nations John Bolton accused the commander in chief of the “worst act of appeasement by an American president in history, bar none.”

But perhaps Bolton’s worst insult toward Obama’s persistence in trying to negotiate a deal, ostensibly to keep Iran from acquiring nuclear weapons, was when he called the president less skeptical than a certain U.S. ally.
“It’s a fine irony that a French socialist government is the only thing between us and this debacle,” quipped the former ambassador.
Invited to speak at the U.S. Capitol on Friday by the Endowment for Middle East Truth, or EMET, Bolton called negotiating with the Islamic Republic useless, because Iran “knows it will begin violating the deal as soon as it signs it.”
He called the Iranians “experts at negotiations with the U.S.,” because the administration is impatient to make a deal and they are not.
The ambassador portrayed Obama as desperate to strike a deal, “no matter the price,” because “the president thinks this will be his signature achievement in his second term.”
He added: “I don’t think there is an acceptable deal” to curb Iran’s nuclear ambitions, “as long as this regime remains in power,” because it has violated virtually every commitment it has ever made.
He also insisted Iran will not stop, no matter how long it takes, until it gets both nuclear weapons and inter-continental ballistic missiles capable of hitting targets anywhere in the world, including the U.S.
image: http://www.wnd.com/files/2012/03/nuclear-bomb-mushroom-cloud-300x225.jpg 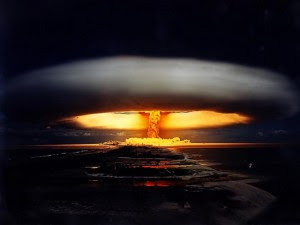 Bolton’s stark bottom line: There is “no option other than a military” solution to stopping Iran’s drive to acquire nuclear weapons.


The ambassador said the leaked details of the current deal are so bad because, over the years, the West has entirely abandoned its original insistence that Iran have no ability to enrich uranium or to extract plutonium from spent reactor fuel.
Israeli Prime Minister Benjamin Netanyahu said those are the only conditions that would make any deal acceptable, but the Obama administration has called that stance unrealistic.
Instead, it was learned this week, the administration plans to let Iran keep 6,000 of 10,000 centrifuges that can enrich uranium.
And those 6,000 centrifuges are more than enough to provide Iran with the fuel to build a formidable arsenal of nuclear warheads, according to Israel and Bolton.
As long as Iran is allowed any uranium enrichment capabilities, he insisted, “They have the knowledge and ability to conduct a long-range program.”
Bolton said Israel will have to make the extremely difficult decision of whether to take out Iran’s nuclear program with a military strike, but “since the leader of free world won’t, they may have to.”
He said that is why Congress must make clear it would be a legitimate exercise of self-defense, because Israel can’t count on either the administration or the United Nations Security Council for support.
“No one believes sanctions alone can work,” he asserted, noting Iran has long been receiving assistance in keeping its nuclear program afloat from Russia and other countries.
“Sanctions do not slow down nuclear and missile programs, even according to Obama’s own director of national intelligence,” Bolton told the audience.
He predicted that when Iran does break out its arsenal, it “won’t be a few, it will be dozens or scores” of nuclear weapons.
The ambassador said exacerbating the president’s willingness to accommodate the Islamic Republic is that Iran is seeking to have sanctions lifted not just for its nuclear program but also for its worldwide terrorist activities.
“And in Barack Obama, they have just the man to do it.” 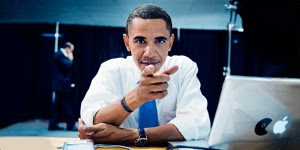 Bolton called Iran “a partner only in the mind of Barack Obama,” because this is not like America’s negotiations with the Soviets in the Cold War, when Washington and Moscow had common interests, including global security and avoiding nuclear war.


Even before a deal is struck, Obama has sent a message to America’s allies in the Mideast that they are on their own against Iran, Bolton suggested.
“We have opened Pandora’s Box when it comes to proliferation in the Mideast,” he said.
And he worried a nuclear arms race had already begun that will be worldwide.
Bolton said key details of the proposed deal with Iran leaked to the New York Times and Washington Post are so bad, it makes the problem exponentially worse.
“The American disposition to succumb to demand after demand is fueling a nuclear arms race in the Mideast,” he said, because U.S. allies see the administration as doing nothing to stop Iran.
And, he said, those allies won’t wait for proof of Iran’s violation of any deal before seeking their own nuclear weapons. In fact, he said, Egypt, Saudi Arabia and other Persian Gulf states were already moving to acquire their own nuclear arsenals.
Mocking the very words former Secretary of State Hillary Clinton used to disavow responsibility for the attack in Benghazi, Libya, that killed Ambassador Chris Stevens and three other Americans, Bolton stated: “‘What difference does it make’ when the personal representative of the president is murdered with impunity? It sends a message that terrorists can act with impunity, and it makes our Arab allies pull their hair out.”
Bolton implored his listeners to actively oppose the deal Obama is striking with Iran.
“We have to try to change the deal, slow it down, derail it – whatever we can do,” he said.
“If we are inactive, the other side will prevail. If we can’t stop it before it’s signed, do everything to take it off the rails afterward.”
He ended on a positive note.
“We still have the power to change it, and that’s what we have to take away from today.”

Read more at http://www.wnd.com/2015/03/bolton-obama-worse-appeaser-than-french/#ycdbhV3TfFTVSIAk.99
Posted by theodore miraldi at 12:02 PM