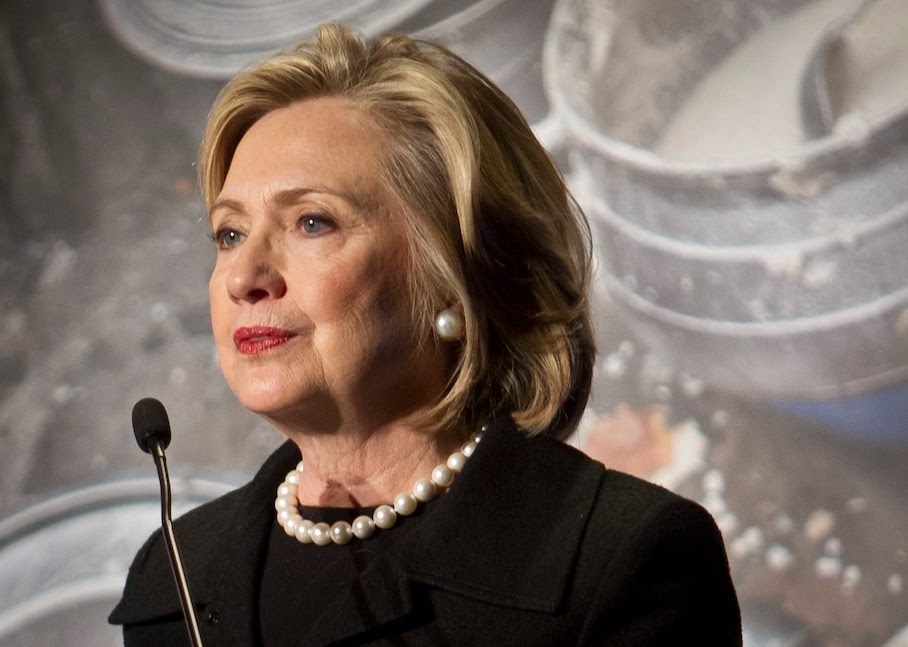 Former Secretary of State Hillary Clinton’s margins are down in matchups with possible 2016 Republican presidential candidates in three critical swing states, Florida, Ohio and Pennsylvania, and in no state do voters say she’s honest and trustworthy, but she still runs best overall of any candidate, according to a Quinnipiac University Swing State Poll released today.
The closest contests are in Florida, where former Gov. Jeb Bush gets 45 percent to Clinton’s 42 percent, and Pennsylvania, where U.S. Sen. Rand Paul of Kentucky gets 45 percent to Clinton’s 44 percent. . . . Clinton’s favorability rating is down in each state, but she still does better than Republican contenders, except for Jeb Bush and U.S. Sen. Marco Rubio in Florida.

The poll comes as Clinton’s e-mail scandal continues to dog her. The House Select Committee on Benghazi today sent her lawyer a letter informing him that “this Committee is left with no alternative but to request Secretary Clinton appear before this Committee for a transcribed interview to better understand decisions the Secretary made relevant to the creation, maintenance, retention, and ultimately deletion of public records. The Committee is willing to schedule the interview at a time convenient for Secretary Clinton, but no later than May 1, 2015.” But the e-mails are only one problem, maybe the least of her worries. Three issues at this point are far more acute.
First, with each new GOP candidate’s announcement, the public and press will be treated to a newer face, someone who is not drearily familiar and has not been part of a soap opera on the national stage for decades. Whether or not the GOP candidates mention Clinton, the voters are beckoned to move on and to witness a fresher candidate. The lack of any Democratic contest to speak of and the lack of an official campaign for an inevitable nominee who hides from the press stand in sharp contrast to a boisterous GOP filled with interesting characters.
Second, the foreign policy Clinton helped put in place is inextricably linked to the multiple disasters on the international front. Given her association with them and her fear of crossing the president and left-wing base, she remains both responsible for and awkwardly silent on the bevy of crises playing out. She won’t come out and decry the embarrassing mound of concessions to Iran piling up in Lausanne, Switzerland. She can’t join the bipartisan backlash against the president’s threats to stop blocking anti-Israel resolutions at the United Nations. So she is mute, largely absent and yet partly responsible for the chaos that has ensued.
Third, we still don’t know what her campaign would be about. It certainly is not going to be about extending the Obama foreign policy legacy. Beyond that, Clinton has given bland generalizations. The void is filled with scandal, not only the e-mails but also the receipt of millions by her foundation from Arab governments and her insatiable greed. What is there to like? The Clinton spinners insist the problem is that she is not yet officially in the race. But perhaps that is the only thing preventing a complete meltdown in her ratings. Once she is out and about, she’ll have a host of nettlesome questions to fend off and her mediocre political skills will be on full display. The real question is not why her poll numbers are descending but rather whether this is as high as they will ever be.
http://www.washingtonpost.com/blogs/right-turn/wp/2015/03/31/hillary-clintons-poll-numbers-crumble/
Posted by theodore miraldi at 12:36 PM