Marisa Schultz
WASHINGTON — Hillary Rodham Clinton joked about her e-mail scandal and her history of troubles with the media Monday night when she gave a speech to a group of reporters.
Clinton made the wisecracks while delivering the keynote speech at the Toner Prize journalism awards ceremony.
“I am well aware that some of you may be a little surprised to see me here tonight,” Clinton said.
“I wanted to spend an evening with a room full of political reporters, I thought to myself: ‘What could possibly go wrong?’”
The former secretary of state told the crowd that she was ready to open up a new era of transparency and divulge all her classified information.
“No more secrecy, no more zone of privacy — after all what good did that do me,” she announced.
“But first of all, before I go any further, if you’ll look under your chairs you’ll find a simple non-disclosure agreement. My attorneys drew it up. Old habits last.”
The event capped a full day in Washington where Clinton spent the morning touting a renewal of cities and urban development at a panel discussion hosted by the Center for American Progress.
She also met with President Obama and tweeted a photo of the two about to embrace. 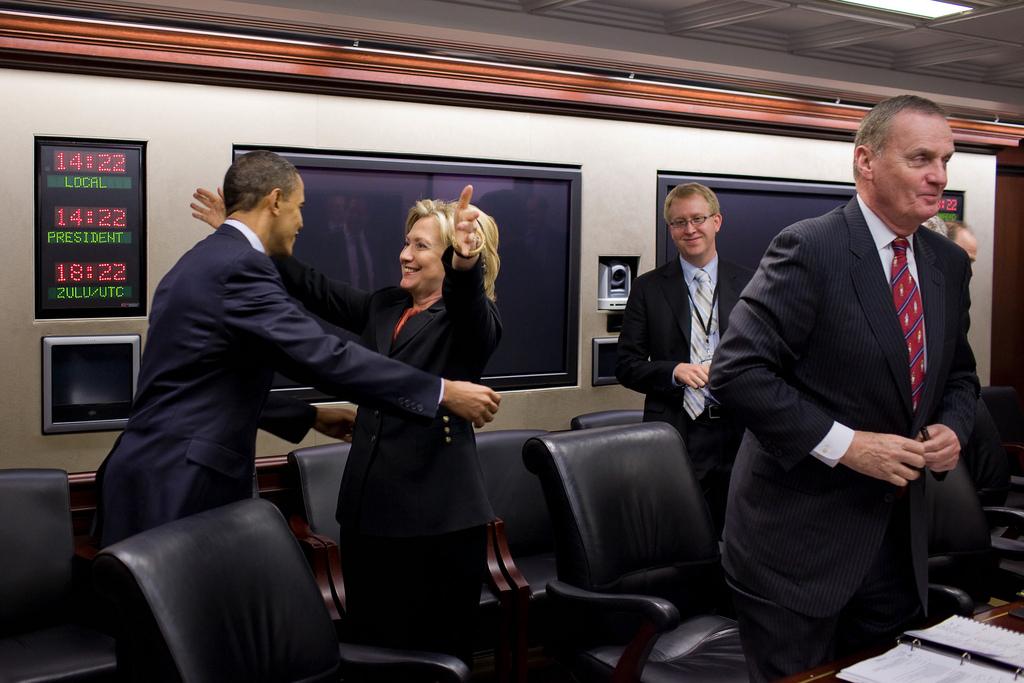