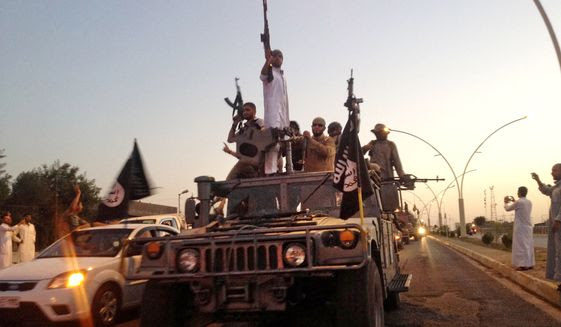 In this file photo taken Monday, June 23, 2014, fighters from the Islamic State group parade in a commandeered Iraqi security forces armored vehicle on the main road at the northern city of Mosul, Iraq. (AP Photo, File)