You've Got to be Kidding! 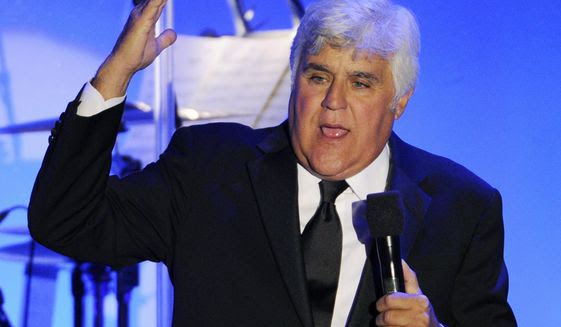 kids” these days don’t understand what real racism is
during an interview on “Late Night with Seth Myers”
Thursday night.
Mr. Leno recalled an instance when a “Tonight Show” intern
offered to pick up his lunch, but proceeded to accuse him of
being racist when Mr. Leno said he didn’t like Mexican food

,
The Blaze reported Friday.
“College kids now are so politically correct. I mean, to the
point where — I’ll give you an example, we had interns at
the show, college interns. Like, the last year of the show,
one of the interns comes and says, ‘Mr. Leno, I’m getting
lunch. what do you want?’ I said, ‘I don’t know, where are
you going?’ He said, ‘we’re getting Mexican.’ I said, ‘I don’t
really like Mexican.’ He goes, ‘whoa, that’s kind of racist.’
That’s not racist,” Mr. Leno said, The Blaze reported Friday.
Read more: http://www.washingtontimes.com/news/2015/mar/21/jay-leno-called-kind-of-racist-by-intern-for-disli/#ixzz3V8LpvYQR Follow us: @washtimes on Twitter
Posted by theodore miraldi at 12:48 PM