Lynch admits she had whistleblower's evidence on banksters

Chose not to prosecute HSBC despite money-laundering documentation 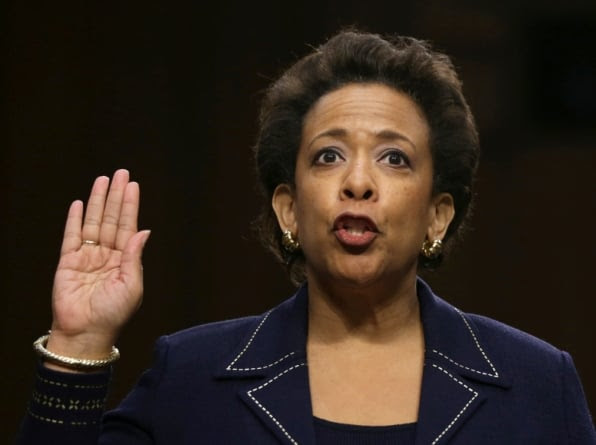 Loretta Lynch is sworn in before testifying during her confirmation hearing before the Senate Judiciary Committee Jan. 28.

NEW YORK – President Obama’s attorney-general nominee, Loretta Lynch, admitted to the Senate Judiciary Committee that her investigators in the money-laundering probe of HSBC were aware of evidence compiled by whistleblower John Cruz but she chose, nevertheless, not to bring criminal charges.

Read more at http://www.wnd.com/2015/03/lynch-admits-she-had-whistleblowers-evidence-on-banksters/#evIJMqfObhXUr4is.99
Posted by theodore miraldi at 1:13 AM