More Executive Overreach, This Time from the EPA 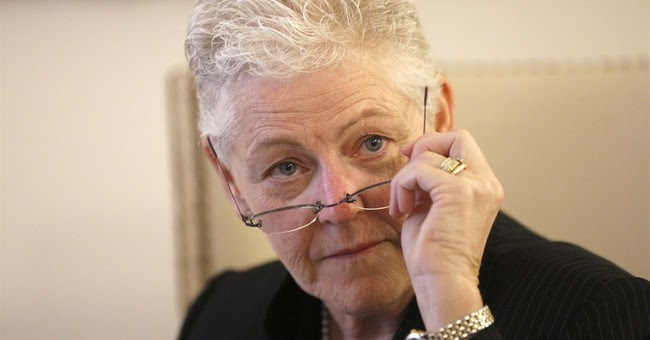 
The Supreme Court heard arguments on Wednesday in Michigan v. EPA, asking whether it was unreasonable for the Environmental Protection Agency to ignore costs in determining the appropriateness of regulating mercury emissions from power plants. The EPA’s proposed regulations are expected to cost the coal industry a whopping $9.6 billion, but only offer a meager $500,000 to $6 million in public health benefits.
Cato filed an amicus brief in the case that focuses on why the EPA chose to ignore costs in developing these regulations. It turns out that EPA could achieve its goal of comprehensively regulating utility emissions only if it ignores the costs. That in turn allowed the EPA to single out power plants – which it couldn’t do under other programs, and to avoid working through the states – as the other programs require. This strategy amounts to little more than a clever trick to circumvent statutory limits on the EPA’s own authority.
In effect, the EPA is exploiting nearly harmless levels of mercury emissions as a Trojan horse – an excuse to regulate all power plant emissions, even ones that are covered by other programs that deny EPA the ability to regulate in this fashion.
Chief Justice Roberts picked up on this point from our brief when he questioned the Solicitor General extensively as to the radical disparity between costs and benefits (see discussion starting p.59 here). He also asked pointed questions regarding the EPA’s attempt at making an “end run” around restrictions on the Clean Air Act.
As Roberts explained, this “end run” works by the EPA first finding a hazardous air pollutant (HAP) that is suitable for regulation—in this case mercury. In the government’s view, this then opens the door for the EPA to “regulate all hazardous pollutants that the source emits,” even if those pollutants – this time particulate matter – are not covered by the applicable sections of the Clean Air Act. The Chief Justice scoffed at the government’s argument, remarking that “I understand how the end run works … I’m just questioning the legitimacy of it.”
The EPA is attempting to offset the admitted disparity between the costs and benefits of regulating mercury emissions by claiming that regulating “co-pollutants” like particulate matter would deliver “$30 to $90 billion” in benefits, far outweighing the $6 million in benefits from mercury regulation and allegedly justifying the tremendous costs to the coal industry.
But what we’re really witnessing here is a heavy-handed power grab. The federal government is grasping at straws to target coal-fired power plants in ways that Congress denied to it. As explained in Cato’s brief, “by refusing to consider costs when deeming it ‘appropriate and necessary’ to regulate power plant’s HAP emissions, the EPA was able to circumvent the Clean Air Act’s statutory bar on regulating criteria pollutants as hazardous air pollutants and aggrandize its authority at the expense of that of the states and their citizens.”
The Economist also recently highlighted many of the concerns we raised. In the end, it seems clear that the EPA’s reading of the law is, as Justice Scalia put it, “silly.” This is just another unacceptable power grab by the executive branch.
http://townhall.com/columnists/ilyashapiro/2015/03/29/more-executive-overreach-this-time-from-the-epa-n1977499/page/full
Posted by theodore miraldi at 11:07 AM