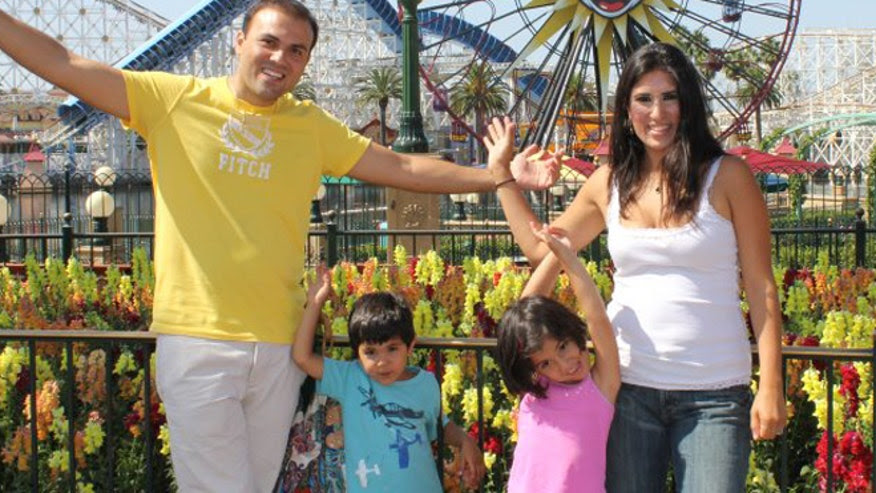 Saeed Abedini has not seen his family in nearly three years, including young daughter Rebekka and son Jacob. (Fox News)


There is much at stake as efforts intensify to reach an agreement with Iran over its nuclear capabilities. Discussions about nuclear enrichment and centrifuges may be central to these negotiations, but there’s another topic that should be addressed.
March 26 marked two and a half years since American Pastor Saeed Abedini was imprisoned in Iran, jailed simply because of his Christian faith. His health is worsening. In a prison where torture and executions are commonplace, Pastor Saeed continues to face grave threats and an uncertain future.
The Obama administration has been vocal in calling for Pastor Saeed’s release. In a face-to-face meeting with the Abedini family in January, President Obama told them that he considers securing the release of Pastor Saeed a “top priority.”He also told the family that his negotiating team – led by Secretary of State John Kerry – continues to bring up Pastor Saeed’s case with the Iranians.
If that’s the case, this troubling question remains: Why hasn’t Pastor Saeed been released? Like the nuclear talks, there are questions for both sides regarding Pastor Saeed.
Why can’t the U.S. make it happen? Can’t officials apply pressure to free this U.S. citizen? And for Iran -- which clearly needs to earn the world’s trust -- what better way exists for the Iranians to take an important step forward?

By releasing Pastor Saeed, Iran would make an international gesture of goodwill

By releasing Pastor Saeed, Iran would make an international gesture of goodwill. Why doesn’t Iran send a powerful message to the world by sending this husband and father of two young children home?
Pastor Saeed’s wife, Naghmeh, knows this is a critical time.
“For our family, we feel like we are on the brink of change, but our hope holds on cautiously,” Naghmeh said. “Whether our government will faithfully bring my husband and my children’s father home is yet to be seen.  We hope and pray that our government will not walk away from negotiations with Iran without first securing the liberty of Saeed and the other Americans being detained.”
For Pastor Saeed, the last two-and-a-half years have seemed like a lifetime. He’s missed birthdays (even writing his son Jacob a birthday letter from his prison cellearlier this month), celebrations, anniversaries and holidays.  And, with Easter approaching, there is even more pain for Pastor Saeed and his family.
“I am flooded with memories of Saeed teaching the biblical lessons to our children,” said Naghmeh. “This holiday meant so much to him.  It wasn’t about finding Easter eggs, but rather about knowing the sacrifice Jesus Christ made for all of us.  It is because of His sacrifice that we live – and thus, I know that Saeed’s sufferings only bring him closer to Christ.  But the mom in me wonders – as I re-create some of the Easter traditions Saeed and I made for our children – how many more times must I do this alone?”
How much longer must Pastor Saeed be separated from Naghmeh and his two children, Rebekka and Jacob?  When will he be freed from prison and return home to his family in Idaho?
Sadly, the answers to those questions have been elusive.
So, there’s a lot at stake right now when it comes to reaching a final agreement between Iran and the United States.
Yes, a deal preventing Iran from acquiring nuclear weapons is a top priority. But, as President Obama told the Abedini family not long ago, so is securing the freedom of Pastor Saeed.
Will you make it happen, Mr. President?
http://www.foxnews.com/opinion/2015/03/30/mr-president-will-bring-home-american-pastor-imprisoned-in-iran/?cmpid=NL_morninghl
Posted by theodore miraldi at 9:21 AM