Some call it open invitation for jihadists 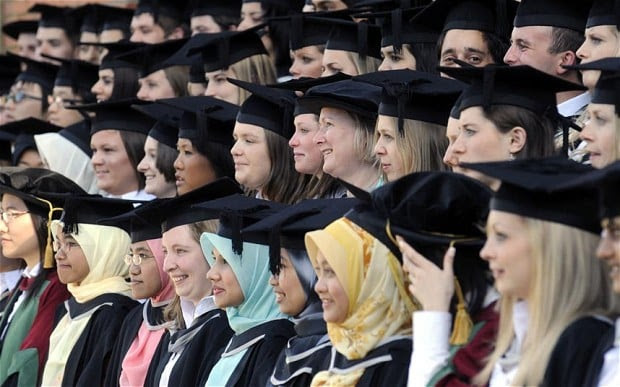 The number of students graduating with STEM degrees already far exceeds the number of STEM jobs available but powerful interests in the business community are pushing Congress to allow more foreign skilled workers into the country.

LEO HOHMANN
Congress is considering new immigration laws that would flood the U.S. with “guest workers” from the Middle East and Asia, a plan some are calling an open invitation for jihadists to walk right through America’s front door.
Critics say lawmakers – including top Republican leaders – are playing with fire and could jeopardize national security with the proposals to double or even triple the number of H1B work visas.
The legislation’s potential impact on the American worker has been widely debated on Capitol Hill, with experts warning lawmakers at a Senate subcommittee hearing last week that the plan would eliminate certain technology and IT jobs for Americans. But, so far, little has been said about the risks to national security.
The bills’ proponents in Washington and among Silicon Valley’s technology centers say America is not producing enough university graduates with so-called STEM degrees (science, technology, engineering and math). Their argument, put forth most passionately by presidential contender Jeb Bush, is purely economic. By inducing more foreign STEM students to immigrate to the U.S. and by expanding the visa program for skilled workers, it will fuel growth and bolster the tax base, they say.
But that argument falls flat on critics of the two bills floating in Congress — the so-called I-Squared bill in the Senate and the SKILLS Visa Act in the House.
They point to research from several think tanks that indicates, if anything, the U.S. has a glut of STEM graduates who are coming out of universities and not finding work in STEM fields. And by radically increasing the number of H1B visas issued, the United States will further increase the number of high-risk immigrants entering the country from Islamic states such as Saudi Arabia, Egypt, Yemen, Iran, Iraq, Turkey and Pakistan.
Citizens of Muslim countries already have several paths into the United States – as refugees through the State Department’s refugee resettlement program, as students attending U.S. universities, and as employees of an American company willing to sponsor them on an H1B (temporary) visa or a permanent green card. Once in the country, these immigrants are joined by thousands of their family members.
The H1B visa lasts for three years and can be renewed once for a total of six years. At this point, many H1B workers are able to obtain a permanent green card.
In total, about 100,000 new immigrants come to the United States from Islamic countries every year, according to Steve Camarotta, director of research for the Center for Immigration Studies. 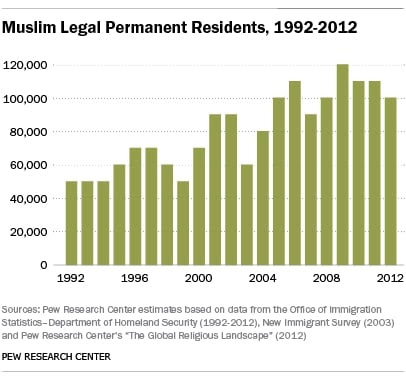 Camarotta recently authored a study of the H1B guest-worker program and concluded there is no shortage of STEM workers in America. 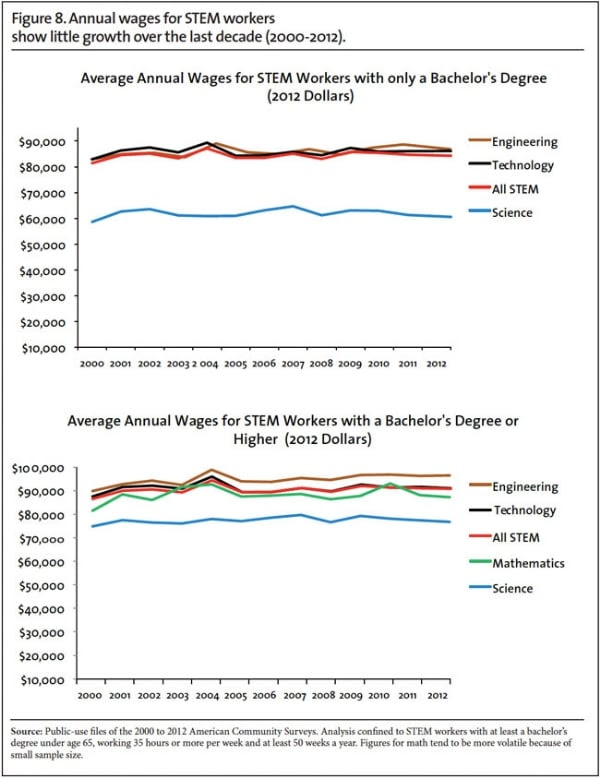 The bill would also set aside 55,000 green cards each year for employers to hire foreign graduates of U.S. universities with advanced degrees in science, technology, engineering and math (STEM) fields.
The H1B program was designed to allow foreigners with special skills to fill jobs in the U.S. when there are not enough Americans to fill those jobs. Over time, businesses have found ways to evade its loosely worded restrictions, such as the requirement to first recruit Americans for the jobs and to pay foreign workers the “prevailing rate” of U.S. wages.
One lawmaker who is fighting the effort to expand the program is Sen. Jeff Sessions, R-Ala.
“People aren’t commodities,” Sessions said at a March 18 Senate subcommittee hearing on the program. “We have no obligation to yield to the demands of big businesses that want cheaper labor.”
In his “Immigration Roadmap,” written for the new Republican Congress, Sessions included a chapter titled “The Silicon Valley STEM Hoax.”
“It is understandable why these corporations push for legislation that will flood the labor market and keep pay low; what is not understandable is why we would ever consider advancing legislation that provides jobs for the citizens of other countries at the expense of our own,” Sessions wrote to lawmakers. “Who do we work for?”
Exploiting loopholes
Ron Hira, a research associate at the Economic Policy Institute and a professor of public policy at Howard University, told the Senate panel that the H1B guest-worker program has evolved into a highly profitable business model of bringing in cheaper H1B workers to replace American workers.
In explaining the H1B rules, he said the U.S. Department of Labor clearly states that the hiring of a foreign worker “will not adversely affect the wages and working conditions of U.S. workers comparably employed.”
“That’s a direct quote from the website that describes the H1B program to employers. The reality is, that in fact the intent of the law is not being met,” he said. “The recent replacement of 500 American IT workers at Southern California Edison shows that this intent is clearly not being met and that U.S. workers are clearly getting adverse effects in terms of their wages and working conditions.”
Watch clip of Professor Hira’s testimony March 18 before Senate panel:

http://www.wnd.com/2015/03/new-wave-of-islamic-immigration-planned-for-u-s/
Hira laid out a series a “myths” used to propagate the “skilled labor shortage” narrative.

Read more at http://www.wnd.com/2015/03/new-wave-of-islamic-immigration-planned-for-u-s/#emUvgkFUVkubwwUv.99
Posted by theodore miraldi at 4:02 PM