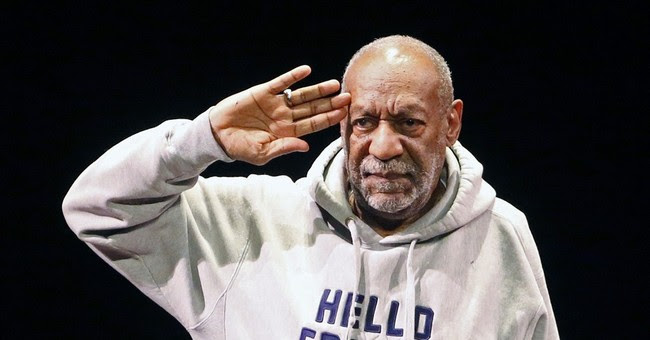 Seventy-seven year old comedian, educator and actor Bill Cosby came of age during a particularly nasty time in this country for race relations. In the late 1940s and 1950s the regime that controlled the Jim Crow South was baring its lethal fangs in the face of increasing agitation by blacks for legal and social equality. Though Cosby was and is widely known for taking a more conciliatory approach to race relations, one wonders if his formative experiences inside the crucible of America’s race wars may have produced a seam of resentment that ultimately spilled over into his mistreatment of women.


The Supreme Court’s decision in the case of Brown vs. Board of education in 1954 brought an abrupt end to the system of de jure segregation that had been ratified a half century earlier in the wake of the Supreme Court’s decision in Plessy vs. Ferguson. In the aftermath of Brown, efforts to actually enforce school desegregation were met with vitriol and violence by the citizens and governing agencies of the South. This intense backlash in the face of earnest attempts by blacks to achieve progress through education was a major factor leading to a conflagration of black activism and rebellion whose flames threatened to engulf America in the ensuing decade.
And while Cosby was a product of this generation, his take on America’s racial divide was from the very beginning decidedly conciliatory. Cosby, though hailing from a poor family who lived in the public housing projects of Philadelphia, attended racially integrated high schools during the 1950s, and ultimately went on to letter in football at Temple before dropping out to become a full time actor. As a comedian Cosby made it a point to avoid some of the more risqué racial comedy embodied by other contemporaries such as Richard Pryor and Dick Gregory. In a biography of Cosby published in 1987 by Ronald Smith, Cosby seems to give a reason for his more moderate approach, stating:
"A white person listens to my act and he laughs and he thinks, 'Yeah, that's the way I see it too.' Okay. He's white. I'm Negro. And we both see things the same way. That must mean that we are alike. Right? So I figure this way I'm doing as much for good race relations as the next guy."
And so, while Cosby never participated in the radicalism of the 1960s, he certainly rode the wave of increasing opportunities for blacks in the media. Bill Cosby was the one of the very first bonafide black television stars of the 1960s, ultimately becoming the star of now iconic shows ranging from I Spy to Fat Albert. One wonders though, how the experience of the racialized violence and upheaval of the 1950s and 1960s may have affected a young black entertainer trying to break into the mainstream. By all appearances at the time, Cosby was the ultimate good guy, a family man who presented a clean cut, family-friendly image to the public.
In light of sexual assault allegations that have surfaced over the past year, now totaling over 39 women (and counting), one wonders whether Cosby’s studiously sanitized imaged belied a private darkness that expressed itself in the drugging and raping of women, primarily young blond white women. While none of these allegations have been proven in court and each deserves to be scrutinized in light of its own unique circumstances, certainly the sheer number of accusers and the similarity of their stories hints at a pattern of abuse covering five of the seven decades of Cosby’s entertainment career. It almost goes without saying that Cosby is not the first, nor will he be the last powerful entertainment industry figure to use his position and influence to coerce young women into sexual situations. The ‘casting couch’ culture is as old as Hollywood itself.
Given Cosby’s superstardom, money and power, it is undoubtedly that he could have and probably did have completely consensual sex with many attractive women. But the pattern of drugging and incapacitating women seems to point predatory behavior that has to do more with humiliation than sex. The fact that Cosby could get away with this type of behavior for so long says a lot about a potentially sociopathic personality. On the outside he appears to be all smiles, and pudding pops and fuzzy sweaters. But underneath the veneer is a snarling, angry beast that preys on the vulnerable and the naïve. But Cosby’s pathology also seems to be directed particularly towards young blond, white women. Perhaps his behavior stems from a misdirected anger at America’s glamorization of all that is white as fetishized in the prototypical young, white blonde actress or model.
Though he does not revolt openly, he takes his anger out in other ways. To him these women may symbolize a way to get back at the man, to rape the system that may have frustrated his ambitions. Though he achieved wealth, stardom and a certain degree of power in America, perhaps he felt that he was nonetheless still under the thumb of the same system that had oppressed blacks historically, and within which, to this very day, few blacks achieve major success. The more successful he became, the more he began to feel isolated and hemmed in by the societal contradictions his personal success highlighted. The only way he could retaliate against this feeling of ambivalence was to strike at one of the sacred symbols of white power and prestige.
While unproven, the allegations against Cosby are too substantial to just ignore. If any part of them is true (and there is reason to believe that at least some of his accusers are telling the truth) then it points to a very dangerous situation that needs to be addressed in the appropriate clinical setting. It is probably too late for Cosby though. His taciturn and trite reaction to these recent allegations suggests that he is set in his ways, beyond even the capacity to acknowledge that he may have harmed others.


Perhaps, however, Cosby will be concerned enough about the value his legacy to seek help and seek forgiveness from the victims of his behavior. Many powerful men over the years have been brought to their knees at some point during their careers by allegations of sexual misconduct. It seems that those who’ve accepted the truth and worked to change their behavior have had the most success at redemption in a country known around the world for its unique propensity for granting second chances.
http://townhall.com/columnists/armstrongwilliams/2015/03/24/raping-the-system-bill-cosby-sexual-assault-and-racial-retribution-n1974900/page/full
Posted by theodore miraldi at 8:54 AM