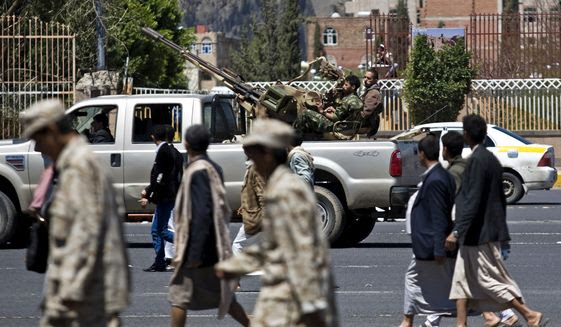 Houthi Shiite fighters (background) patrol as their comrades attend the funeral procession of victims who were killed from triple suicide bombings that hit a pair of mosques in Sanaa, Yemen, on Wednesday. (Associated Press)

By Guy Taylor and Jacqueline Klimas