SCHOOLBOOK TEACHES NON-MUSLIMS 'SHOULD BE KILLED' 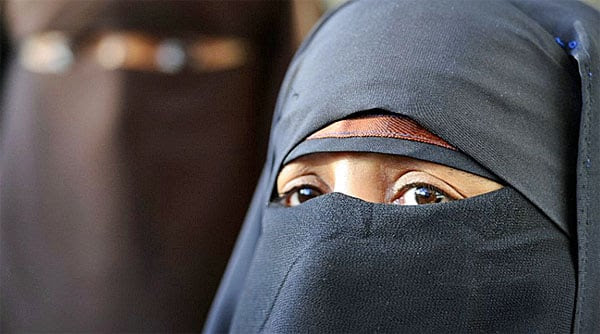 It was a year ago that an expert on Islamic terror warned the radical jihadist ideology was metastasizing worldwide.

In Asia, it has been taught in Islamic boarding schools, which often are run by radicals.
But now the teaching that non-Muslims should be destroyed is being found in curriculum in Indonesia’s public schools, according to  a worldwide ministry to persecuted Christians.
According to Open Doors USA, the group founded by Brother Andrew whose work has included smuggling Bibles into closed societies, the teachings of fundamental Islam in Indonesia’s government schools reveal the “deeper infiltration of the Islamic State into the Indonesian education system.”
The report said a textbook on Islam used in a senior high school in an East Java province carries a statement that “people who worship other than Allah (non-Muslims) should be killed.”
Open Doors said that while “fundamentalist teachings are common in Islamic boarding schools, it is the first time they have reached government-run schools, where a majority of Indonesians attend.”
Read stories from real Muslims who decided enough was enough, in “Why We Left Islam.”
“These books can further propel the spread of extremism in the country,” Sidney Jones, an international expert on Islam, told Open Doors.
Open Doors, which ranked Indonesia No. 47 on its World Watch List of persecutors of Christians, said East Java is among the more hostile places for Christians in Indonesia.
“It has witnessed assaults on believers, such as the multiple stabbings of an evangelist while he was asleep. The presence of literature hostile to Christians could further justify violence in the name of religion,” the organization reported.
While 87 percent of Indonesia is Muslim, 8 percent is Christian, the organization reported. Persecution is common, as more than 30 churches of various denominations were forced to close or were attacked just last year.
As WND reported one year ago, Islam expert Brigitte Gabriel said the good news is that more people in the West are acknowledging the destruction radical Islam leaves in its path.
But she said Americans should not hold their breath waiting for moderate Muslims to begin criticizing extremist acts.
Gabriel grew up as a Christian in Lebanon and experienced terrorism firsthand. She is now president of Act For America and author of “They Must Be Stopped: Why We Must Defeat Radical Islam and How We Can Do It.”
Al-Qaida has evolved from how it functioned at the time of 9/11. Instead of a powerful central organization, it now exists primarily as many different regional organizations spread out from east Asia to North Africa. Each group largely appears to be making its own decisions.
image: http://www.wnd.com/files/2014/05/they_must_be_stopped.jpg 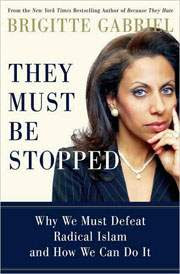 New FBI Director James Comey at one point told New York Times reporter Michael Schmidt that al-Qaida’s strength was a surprise.
“I didn’t have anywhere near the appreciation I got after I came into this job just how virulent those affiliates had become,” Comey told the Times.
Director of National Intelligence James Clapper also acknowledges al-Qaida’s resilience.
Gabriel said the assessments are accurate, because the U.S. hasn’t led well in the fight against radical Islam.
“It’s because our government underestimated and did not identify the ideology behind al-Qaida,” she said. “So today when we look at terrorist organizations across the globe, whether it’s Boko Haram, Al-Shabaab, you name it, Hamas, Hezbollah, etc., what brings them together is the same ideology as al-Qaida. Now it is metastasizing worldwide because we are seeing radical Islam and groups organized across the world feeling empowered to bring back and resurrect an Islamic caliphate and establish Islam as they see it in their own eyes as it was practiced in the days of Muhammad.”
The splintering of al-Qaida into regional groups suggests the U.S. faces a reduced risk of grand attacks, but Gabriel said the threat is more widespread and the terror is just as real.
“We’re not going to see attacks on a mega-scale, the way we saw on 9/11 and carried out simultaneously like attacking the Pentagon and the World Trade Center,” she said. “So now what’s happening with their attacks is they are more localized and on a smaller scale, shooting at malls, shooting at hotels, kidnapping girls from schools.”
Gabriel believes the Western world is finally coming to grips with the horrific actions of radical Islamic groups as much more attention is being paid to atrocities like the kidnapping of students in Nigeria. But she said the lack of condemnation from the Islamic world speaks volumes.
“We can continually dream on and on and on. Here we are, 12 years after Sept. 11, and with this thing that happened in Nigeria with the kidnapping of the schoolgirls; have you seen any demonstrations in Saudi Arabia against it, asking to bring back our girls?” she asked. “Have you seen any mass demonstrations in Indonesia calling to bring back our girls? Have you seen any mass demonstration in Pakistan, in Afghanistan, in India?
“All these countries with a huge Islamic population, the so-called moderate Muslims who are not really jihadist, where are their demonstrations en masse to bring back these girls to their families and not sell them on the slave trade market? None, zip, zero. Yet, when they want to attack Americans, we see demonstrations spring up all across the world and hundreds of thousands of people burning American flags and calling for the death of America,” Gabriel said.
“I think the best service that we can do for our country right now is to remove the fog from our eyes and begin understanding that we cannot wait around for these so-called moderate Muslims to come to the rescue. If the moderate Muslims want to come in and participate and make a difference, that’s great. But we cannot expect them to do so. We have to do what we have to do to protect our country.”

Read more at http://www.wnd.com/2015/03/schoolbook-teaches-non-muslimsshould-be-killed/#OCTQvliEvPoX7sqG.99
Posted by theodore miraldi at 5:51 PM