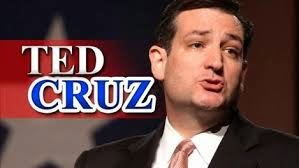 By Robert Costa and Katie Zezima


Sen. Ted Cruz, the combative conservative who has made liberty the clarion call of his politics, will announce his intention to pursue a presidential bid Monday morning at Liberty University in Lynchburg, Va., according to a campaign adviser.
The announcement by Cruz (R-Tex.) will make him the first major 2016 contender to formally declare a presidential bid.
His entry into the Republican race is likely to rupture the dynamics in the early field and will give other active contenders — including Wisconsin Gov. Scott Walker and former Florida governor Jeb Bush — a competitive rival on the right.
Cruz, 44, a Harvard and Princeton-educated lawyer elected to the Senate in 2012, is best known for championing controversial efforts to block implementation of President Obama’s health-care law in 2013. The crusade led to a 16-day government shutdown.
But Cruz’s unrepentant battles against the Obama administration and with leaders of his own party have made him a hero to many conservatives and left him with a powerful national network of small-dollar donors. He will aim to raise $40 million to $50 million for his presidential bid.