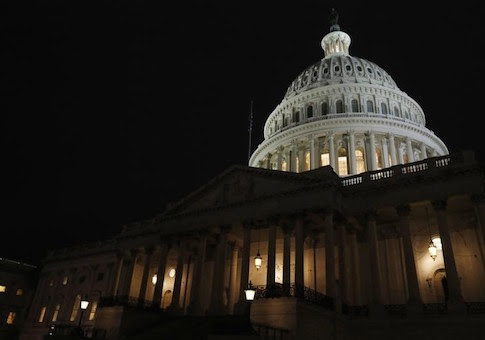 
I’m fascinated by this Wall Street Journal story, headlined “Israel Spied on Iran Nuclear Talks With U.S.” Seems that the administration wasn’t too terribly upset about the fact that Israel was spying on the talks. And, frankly, there’s not too much reason to be. Allies spy on each other all the time. Remember when we spied on Germany? We’re probably still spying on Germany right now. It’s not like we’re, say, kidnapping German officials and shoving their broken bodies into suitcases for disposal, The Americans-style. SigInt and pilfering info from third parties is not only routine, it’s more or less expected. It’s all in the game.* And, frankly, Israel has more at stake if Iran develops a nuclear weapon than we do. It’s not terribly shocking to me that they’d want actual intel as opposed to whatever lies Kerry and Co. deign to pass along.
Anyhoo, no one is very angry that Israel is listening in on the talks. No. What angers the administration is that one of our allies spied on the talks and then passed that intel along to United States congressmen. From the Journal:

The espionage didn’t upset the White House as much as Israel’s sharing of inside information with U.S. lawmakers and others to drain support from a high-stakes deal intended to limit Iran’s nuclear program, current and former officials said.
“It is one thing for the U.S. and Israel to spy on each other. It is another thing for Israel to steal U.S. secrets and play them back to U.S. legislators to undermine U.S. diplomacy,” said a senior U.S. official briefed on the matter.

“People feel personally sold out,” a senior administration official said. “That’s where the Israelis really better be careful because a lot of these people will not only be around for this administration but possibly the next one as well.”

Note here the implicitly politicized threat: “HILLARY COMING.” And, like Omar before her, she does not tolerate foolishness. Or people who pass intel to Republicans.
The bottom line here is that the administration really doesn’t want Congress involved in negotiations with Iran. The administration doesn’t want Congress involved in negotiations with Iran because Congress disagrees with the idea that making a bad deal with Iran is better than making no deal at all. And the administration bristles at the notion that making bad deals with foreign powers should be subjected to any sort of congressional oversight. Hence the vociferous denunciations of any effort by the legislative branch to exert some influence in the proceedings.
If one were feeling particularly puckish, one might even say that the White House considers Congress the real threat in the Iranian negotiations. And that is a fascinating state of affairs.
*This isn’t to say that we should pardon traitors like Jonathan Pollard. I have no real problem with him spending the rest of his natural life in prison. That, also, is part of the game. Frankly, he’s lucky he didn’t get the guillotine.
http://freebeacon.com/blog/what-really-upsets-this-administration-sharing-intel-with-congress/
Posted by theodore miraldi at 2:44 PM