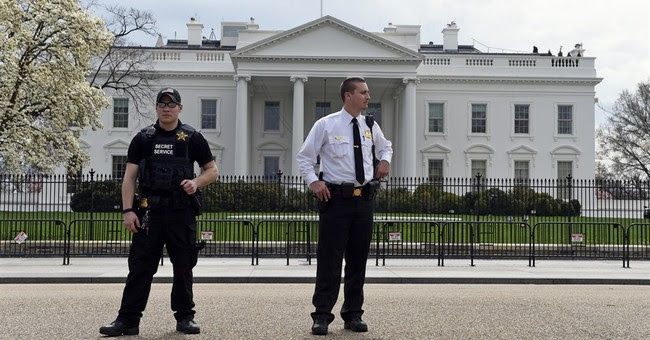 
We learned this week that the Secret Service dawdled for an entire year before fixing a broken security system at the home of former President George H. W. Bush.
The Secret Service itself is looking pretty broken these days. A few weeks ago, two drunken agents returning from a party drove right through an active bomb investigation outside the White House. They didn't notice that their colleagues were examining a suspicious package.
In 2012, a number of agents were found to have engaged prostitutes in Cartagena, Colombia, during a presidential trip. At least one of the prostitutes had links to a major drug cartel, according to investigators.
In 2014, the Secret Service somehow permitted an armed man with an arrest record to ride in an elevator with the president during a visit to Atlanta. In 2011, it reportedly took the agency four days to learn that seven shots had been fired at the White House while one of the president's daughters was inside.
There have been at least 16 cases of attempted fence jumping at the White House in the past five years. Last September, Omar J. Gonzalez scaled the fence on the Pennsylvania Avenue side of the compound, raced about 70 feet across the lawn without being stopped, and got inside the unlocked door of the North Portico.
Only days later did we learn that the intruder, armed with a knife, had moved through the main entrance, making a left at the red-carpeted center hall (the one President Obama likes to use as a backdrop for televised speeches), ducked into the Green Room and eventually reached the East Room. It was there that he was tackled by an off-duty Secret Service officer. Off-duty, mind you. What were the on-duty agents doing?
It takes little imagination to consider what horror might have been possible that day. Gonzalez had only a knife. What if he'd had a suicide vest? What if several jumpers had come simultaneously?
The Secret Service uses Belgian Malinois guard dogs, chosen because they are "faster, leaner and meaner" than German Shepherds, according to The Washington Post. But the dogs were not released on the intruder.
The continuing failures of the Secret Service would be a serious worry under any administration, but they are particularly dangerous under this one. This is a delicate matter, and I will try to be as clear as I can to avoid misunderstanding. It is a tragedy when any president of the United States is assassinated, but if the first black president of the United States were to be killed, it would be a calamity of unimaginable proportions.
Many, even among those who disagreed with Barack Obama's politics, hoped that the advent of the first black president would improve race relations in the United States. That has been one of the many disappointments of his disastrous presidency. A December 2014 Bloomberg poll found that 53 percent of Americans believe race relations have gotten worse during the Obama presidency. That included 56 percent of whites and 45 percent of blacks.
The president has chosen divisiveness on racial issues, taking sides in the Skip Gates and Trayvon Martin cases and granting legitimacy to racial provocateurs like Al Sharpton. Sharpton became the face of the White House during the Ferguson imbroglio. His specialty -- pouring gasoline on racial fires -- did its intended damage in the wake of Michael Brown's death, spreading the "hands up, don't shoot" falsehood worldwide.
But even if Obama had been Lincolnesque -- appealing to the better angels of our nature -- his death at the hands of an assassin could still well be more pain and stress than our republic could stand. It's a good bet that close to 100 percent of blacks and a good percentage of others would believe that a demonic conspiracy brought him down.
I have no reason to think such a conspiracy exists. It is clear, though, from the record of threats and fence jumpers and general mayhem in our society, that quite a few crazed killers might like to hurt the president. So fix the Secret Service -- and do it fast!
The agency has announced that it is installing pikes on top of the fence surrounding the White House. Good. It also has asked for $8 million to build a full-scale replica of the White House in suburban Maryland -- the better to train agents. Please. They don't need more money. They need accountability. And that must start with the man who hires and fires the Secret Service chief: Barack Obama.
http://townhall.com/columnists/monacharen/2015/04/24/fix-the-secret-service-dammit-n1989789/page/full
Posted by theodore miraldi at 10:14 AM