'What's happened in the past when we've held people in contempt?'

WASHINGTON – Many conservatives across America have been captivated by the emergence of Rep. Trey Gowdy, R-S.C., as something of a folk hero for being unafraid to speak his mind, coupled with his knack for delivering devastating sound bites, often laced with witty and biting sarcasm.
That is especially true when it comes to his eagerness to hold Obama administration officials accountable for a seemingly never-ending series of scandals, leading many to believe Gowdy was just the man for the job when he was selected to chair the House Select Committee on Benghazi.
But for those reading between the lines, it has become clear Gowdy has been signaling lately that his hands may be tied when it comes to obtaining Hillary Clinton’s email server.

Furthermore, the chairman is hinting his committee may not be able to bring the former secretary of state to account for whatever dark role she may have played in the Benghazi scandal.
The insurmountable problem appears to be the inevitable stonewall that would be erected by Obama’s Justice Department. 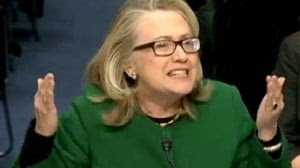 Secretary of State Hillary Clinton testifies on Benghazi before the Senate on Jan. 23, 2013
But that does not mean all is lost.
Gowdy does hold out hope that the court of public opinion can override an inability to bring the case to a court of law.
But he faces many hurdles, including one that popped up late Wednesday evening.
Gowdy released a statement saying Clinton’s attorney had informed the committee she had “answered all questions surrounding the unusual email arrangement she had with herself.”
The chairman replied that he respectfully disagreed and stated his committee “will issue a response tomorrow setting out a reasonable path forward with respect to Secretary Clinton’s appearances to discuss both Benghazi as well as congressional efforts to ensure the public record is complete with respect to her tenure as secretary of state.”
That will be a formidable task.
The congressman, a former federal prosecutor, presented the facts of the case in an interview with Fox News’ Judge Jeanine Pirro on Monday.
She asked what everyone wants to know: Why can’t his committee get Clinton’s private email server?
Gowdy explained that he has the power to subpoena people and documents but not things, under the rules guiding his committee.
The House may eventually subpoena the server, but, he explained, “the power to subpoena is only as good as the power to compel.”
Meaning, Clinton may just choose to ignore the subpoena.
You could then hold her in contempt, suggested Pirro.
“Well, what’s happened in the past when we’ve held people in contempt? It’s referred to the U.S. Attorney in the District of Columbia. He won’t even prosecute Lois Lerner, which is a pretty clear case to me. So, it’s the limitations of the legislative branch.”
That analysis comports with what former federal prosecutor Andrew McCarthy wrote in National Review in March.
McCarthy observed that Gowdy heads a legislative committee and, “is powerless to obtain search warrants and coerce the physical surrender of evidence.”
That is because “the committee is not a prosecutor.”
McCarthy added, “Congress has no power to seize the evidence the subpoena seeks or to indict the perjurious official. It is up to the executive branch to take such action.”
And Gowdy noted the executive branch under Obama has persistently been reluctant, to say the least, to take such actions.
He remarked how, “[W]ith Fast and Furious and the IRS and all these other investigations, we wind up in court and its three years before the judge decides to give us an answer and people have lost interest and their attention has moved onto something else.” 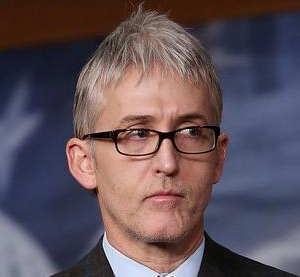 Rep. Trey Gowdy, R-S.C.
So he will try a different tack.
Clinton has until May 1 to respond to a request to appear before the Benghazi committee.
Gowdy has decided to be patient, for the time being.
“What I want is access to the information and the documents,” he said. “I don’t want the legal drama. So, if I can be uncharacteristically courteous and give her an extra two weeks and get what I want, I would rather do that than the drama of a floor fight.”
The congressman believes he has a persuasive case, and if Clinton stonewalls his committee she may end up losing in the court of public opinion, because people are watching closely.
“I think the American people are fully engaged because they have really high expectations of their public officials. And if we can carry the burden of persuasion, which is a pretty easy burden to carry, [then] the public and the media and Congress should have access to the entire public record of anyone who has been secretary of state, whether it’s Secretary Clinton, Secretary Powell or Secretary Rice.”
And finally, Gowdy believes he has the most important fact of all on his side when it comes to the fate of Clinton’s emails.
“Those documents belong to us, and she alone does not get to be the sole arbiter to determine what’s public and what’s personal. And that’s a pretty easy burden of persuasion to carry.
“I think the public will wind up being on our side, and they expect her to come and answer some pretty legitimate questions.”

Read more at http://www.wnd.com/2015/04/gowdy-hillary-server-stonewall-may-be-impregnable/#IuI3lzlrgX8BtOR0.99
Posted by theodore miraldi at 7:24 PM