I Am a Democrat[ic] Party Defector 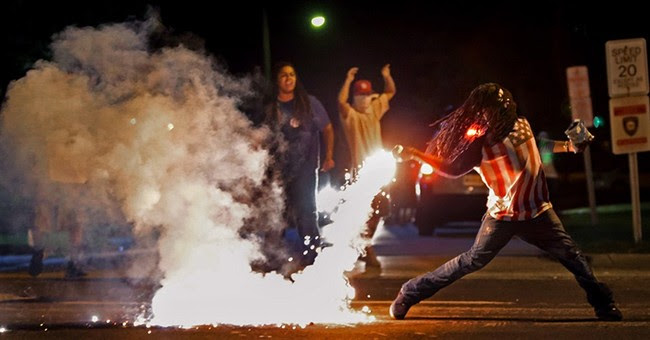 
The diagnosis is in. America is sick. Radicals rule Washington and most of them are snuggled comfortably within the political party to which I once identified. Please, no judging. Unless things turn around, their domestic and foreign policies mean our kids (and theirs) will suffer, not prosper. "Freedom was a beautiful thing" is what we'll tell them.
Hope is also a beautiful thing. And there's still hope, given good people do more than complain or ignore what's happening. Politics cannot fix what's wrong with America, but unless good people get involved, informed, shake things up and vote... we're sunk.
What's really needed is a kind of tough love, an unashamed Jesus-y kind of love that shakes people into reality by speaking the truth and overturning tables. Or opinions. That's the kind of stuff a fairly unknown African American politician, State Rep. John Olumba of Detroit, is made of, inspiring him to do what I once did. He defected from the Democrat party late last year.
During his December 2014 farewell speech (well worth the time to watch online), Olumba expressed utter dismay that his former party actual prevents the poor and blacks "from standing on their own two feet" by sending government-funded social workers to "coddle" and keep down "poor little black kids" rather than allowing them to rise above their circumstances. He said it is nearly impossible to rise when "someone else's wellbeing is tied to your misery," vis-a-vis social worker jobs and Democrat votes. He said the Democrat Party's "paternal attitude" toward those in need is "conjured up" and noted that all the government-funded social workers "under the guise of the name Democrat" reaped "no positive change in all the years" he'd been alive." Strong words he speaks from his own Detroit experience.
He then praised the not-so-perfect Republican Party, which has identity struggles of its own but at least represents the goodness that once made America great -- holding fast to the now-dwindling freedoms we cherish and embracing good things like being pro-baby, which most certainly makes God smile. He said, "The Grand Old Party, Good on Principles" should press forward because "you freed the slaves once and you'll do it again."
Many years ago, defection from the Democrat Party would be unnecessary because there was a sense of right and wrong. Once upon a time, leaders apologized, not glibly smirked, when caught in boldfaced lies like Senate Democrat Party leader Harry Reid just did when he said with a smile he had no regret about lying during the 2012 campaign because "Mitt Romney didn't win." He did not mean he would regret lying if Romney won; he simply acknowledged that lying got Democrats what they wanted; the end justified the means. In God's value system the end does not justify the means.
The end justifies the means only to those who think it is okay to force their "end" on others by any means possible. That's what happened in Ferguson, Missouri. The whole "Hands up, don't shoot" mantra was a story that even the Department of Justice admitted was untrue. Lying will never right a wrong, perceived or otherwise. What it will do is stir up chaos, wreck lives, destroy businesses and divide a country.
Fast forward to the hot topic of the day and the unfounded hysteria over Indiana's Religious Freedom Restoration Act (RFRA), wherein activists aligned with the Democrat Party erroneously assert the law would somehow be used to turn gays away from businesses. Here's truth: All it does is reinforce the religious freedoms already granted us in the Constitution and laws already on the books. But squinty-eyed intolerant protestors will not stop until certain Christians, Jews or Muslims are legally forced to participate in ceremonies their faiths oppose.
Olumba said it best when he said it is offensive to compare the journey of "one wearing pantyhose because he feels more secure" to the plight of African Americans during the Civil Rights Movement who were killed, sprayed with hoses, beaten and bitten by dogs because of their skin color. He closed with a challenge that people to return to what pleases God. No surprise he defected.
http://townhall.com/columnists/susanstamperbrown/2015/04/21/i-am-a-democratic-party-defector-n1988356/page/full
Posted by theodore miraldi at 8:02 AM