One Mom at a Time 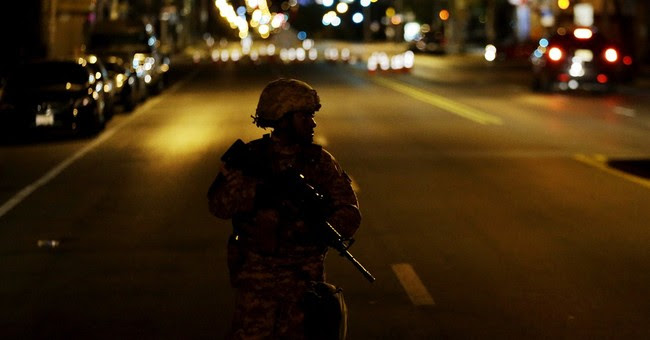 
Baltimore is only about 40 miles from Washington, DC. For decades Baltimore was where we went to watch Major League Baseball. There was a stadium in the middle of a neighborhood on 33rdStreet.
We commiserated with the city when the owners of the Baltimore Colts NFL team snuck out of town, literally, in the dead of night and surfaced in Indianapolis.
The Inner Harbor has been a showplace for the revitalization of a downtown area since it was substantially completed in 1965. The Orioles and the Baltimore Ravens have stadiums that share a parking lot adjacent to the area.
That is the Baltimore visitors know.
The other Baltimore exploded on TV sets turned to news outlets earlier this week – riots blamed on the death of yet another Black man in the control of a police force. This time his name was Freddie Gray and, while we don’t want to belittle Mr. Gray’s memory, he could have been – and has been – too many names in too many places.
We have discussed before the notion that the veneer of civilization is very thin. We have societies that generally operate in relative peace only by a mutual compact that we will not shoot, stab or punch one another, nor will we use our vehicles as multi-ton weapons at busy intersections.
We have laws that enforce those understandings but, as we saw Monday in Baltimore, once the compact is broken there aren’t enough cops, state troopers, or national guard personnel to stop it while the madness is going on.
There is a fine line to be walked in assigning blame or making excuses for riots as we saw this week. The CVS (and the other 14 buildings) that burned down didn’t have anything to do with the Freddy Gray issue. Nor did the more than 140 cars and trucks that were torched.
As usual it was the mom-and-pop type stores and shops that will suffer the greatest losses. Many insurance policies specifically rule out being reimbursed by damaged caused by civil unrest which this certainly was.
They didn’t have anything to do with Freddie Gray, either.
Are we all responsible for the conditions in that part of Baltimore that resulted in wholesale rioting?
Nope. I’m not responsible for that. And neither, by the way, is President Obama.
If a lack of jobs is the problem, then create more jobs for young Black kids who have no way to make a buck except selling drugs to one another? Then utilize the tools that governments have available – including the tax code – to create an economy that is growing.

You may have missed the fact that the U.S. economy was just about flat for the first quarter. The Washington Post reported that “the gross domestic product grew between January and March at an annualized rate of 0.2 percent” based upon numbers released by the Department of Commerce.

That’s not my fault, either, but before our civic and political leaders step before microphones and cameras to wail about the lack of opportunities in places like Baltimore, they should come armed with a list of fixes.
But, somehow I don’t think opening up more job training centers is going to solve this.
I have heard a lot of descriptions and analyses of the problems, but precious few ideas on how to remedy them.
One answer is to rebuild families. We’ve all seen the video of Toya Graham slapping her son who was wearing a facemask and a hoodie and dragging him away from the rioting.
I hope that the media microscope under which she now finds herself doesn’t do her harm, but, as a metaphor, maybe Ms. Graham is where we can at least start looking for the answers.
A single mother of six who went out into the danger to rescue her kid. That’s what mothers have been doing for millions of evolutionary years.
This is a dangerous time in a dangerous world.
We need to help Toya Graham and all the Toya Grahams aim their kids in the right direction. Slapping them around is probably not the optimal approach, but as an act of getting him to move out of immediate peril, it worked.
So, if we want to help, let’s start a national – a worldwide – movement to create the tools and environment to help mothers like Toya Graham help their kids.
We can do that. And we can have an impact.