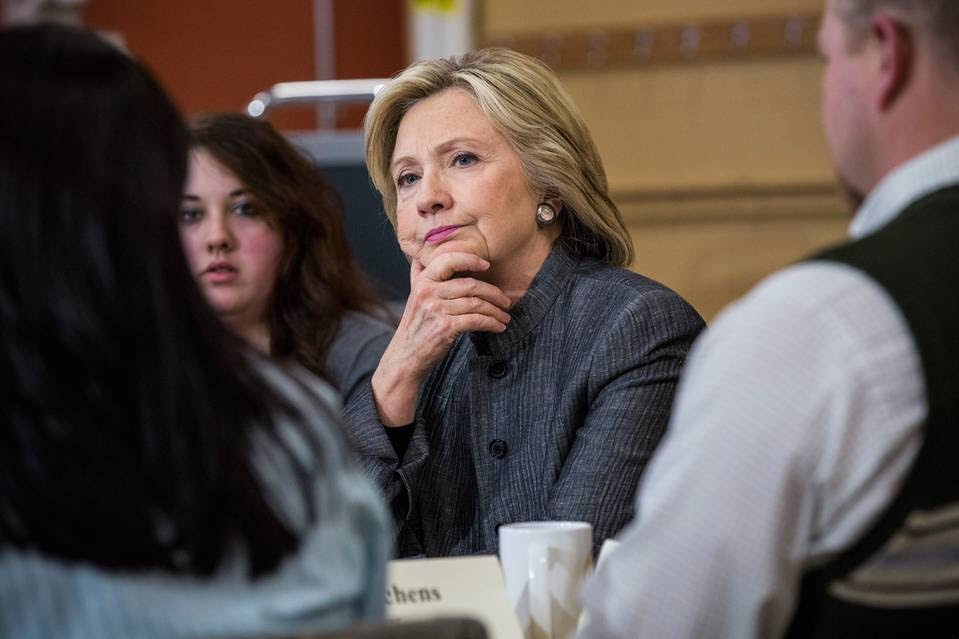 
Hillary Clinton’s State Department was part of a panel that approved the sale of one of America’s largest uranium mines at the same time a foundation controlled by the seller’s chairman was making donations to a Clinton family charity, records reviewed by The Wall Street Journal show.
The $610 million sale of 51% of Uranium One to a unit of Rosatom, Russia’s state nuclear agency, was approved in 2010 by a U.S. federal committee that assesses the security implications of foreign investments. The State Department, which Mrs. Clinton then ran, is one of its members.
Between 2008 and 2012, the Clinton Giustra Sustainable Growth Initiative, a project of the Clinton Foundation, received $2.35 million from the Fernwood Foundation, a family charity run by Ian Telfer, chairman of Uranium One before its sale, according to Canada Revenue Agency records.
The campaign on Wednesday also provided a comment from Jose Fernandez, a former assistant secretary of state who served as the department’s principal representative on the Committee on Foreign Investment in the United States, or CFIUS, which reviewed the sale. “Secretary Clinton never intervened with me on any CFIUS matter,” Mr. Fernandez said.
In response to past questions about possible conflicts, Mrs. Clinton has said she is proud of the foundation’s work. Earlier this week, she called the book a distraction from real campaign issues.
Mr. Telfer, in an interview Wednesday, said he made the contributions not for the sake of the Clintons, but to support his longtime business partner, Frank Giustra, a Canadian mining executive and longtime Clinton friend who co-founded the program to spur development in poor countries.
“The donations started before there was any idea of this takeover,” Mr. Telfer said. “And I can’t imagine Hillary Clinton would have been aware of this donation to this growth initiative,” he added.
The Fernwood contributions don’t appear on the Clinton Foundation website, as was required under an agreement between the foundation and the Obama administration. A Clinton Foundation spokesman referred questions to the Clinton-Giustra program spokeswoman in Canada, who didn’t respond.
Under the terms of the sale, the company said it wouldn’t seek an export license to send uranium out of the country, and that executives at the U.S.-based unit would control the mine, according to a Nuclear Regulatory Commission report. Uranium One, now a fully owned subsidiary of the Russian nuclear agency, owns a 300,000-acre mine in Wyoming and could produce up to half of the U.S. output of uranium this year. Some members of Congress at the time wrote to the committee calling on it to block the sale.
The Journal confirmed some other instances detailed in the book about Mrs. Clinton’s official activities and her family charity.
In June 2009, the Clinton Giustra initiative received two million shares in Polo Resources, a mining investment company headed by Stephen Dattels, a Canadian businessman, according to a Polo Resources news release. About two months later, the U.S. ambassador to Bangladesh pushed the energy adviser to that nation’s prime minister to allow “open pit mining,” including in Phulbari Mines, where Polo Resources has a stake, according to a State Department cable released by WikiLeaks. The company seeking to develop the mine is still waiting for government approval, according to the firm’s website.
It isn’t known whether the Clinton-Giustra program still owns the shares. Neither Mr. Dattels nor his foundation nor Polo Resources are listed as donors by the Clinton Foundation website. Mr. Dattels, who retired in 2013, and representatives for Polo Resources couldn’t be reached for comment.
Irish billionaire Denis O’Brien, who heads a mobile-phone network provider called Digicel, won a $2.5 million award in 2011 from a program run by the State Department’s U.S. Agency for International Development to offer mobile money services in post-earthquake Haiti. The firm won subsequent awards. Funds for the awards were provided by the Bill and Melinda Gates Foundation, while USAID administered the program, with a top Clinton aide directly overseeing earthquake aid.
Mr. O’Brien has given between $5 million and $10 million to the Clinton Foundation since its launch. It is unclear whether Mr. O’Brien gave while Mrs. Clinton was at the State Department because of the way the foundation discloses its donations.
A USAID spokesman said the company met the criteria laid out in the Haiti Mobile Money Initiative. A spokesman for Mr. O’Brien said he couldn’t be reached and declined to comment. The Clinton campaign didn’t respond to request for comment on Polo Resources or Mr. O’Brien.
http://www.wsj.com/articles/gifts-to-hillary-clintons-family-charity-are-scrutinized-in-wake-of-book-1429754883
Posted by theodore miraldi at 2:07 PM