As other Dems emerge, Hillary will crash 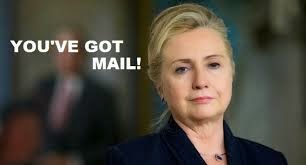 What is holding Hillary up? With all the negatives piling up at her door, why is she still dominant among Democratic voters?

Do the erased emails, the mounting evidence that she lied about Benghazi, the mountains of cash that have poured into the Clintons’ pockets make no difference? Have our Democrat cousins lost their collective mind? Does nothing matter to them but having a woman as president? Is it enough to protect the social programs on which they subsist? Does character count for nothing? Is blatant lying and covering up OK? What do they need to see the truth about Hillary? Or do they already know the truth but it doesn’t matter?
A simple fact accounts for Hillary’s elevated ratings in the polls: There are no other candidates.
To Democrats, politics is not a spectator sport. Their party has become a coalition of the needy who survive through government entitlements. Politics is, for them, literally a life-and-death matter. With about one-third of Americans dependent on means-tested entitlements, it seems that nothing matters but that a Democrat wins, regardless of what her record has been.
So, as long as there is no other Democrat actively running for president, the wrongs Hillary does do not bring her down. But, the flip side is that when other Democrats emerge in the 2016 race, they will rise quickly and acquire broad support. The negatives on Hillary, accumulating for month, will suddenly count, and voters will take a real look at their alternatives.
The media don’t cover Martin O’Malley, Jim Webb, Lincoln Chaffee or Bernie Sanders, the current alternatives to Hillary. They are mired in the perception that they can’t win.
But these men are deserving of coverage. O’Malley is a former governor of Maryland. Webb served as a U.S. senator from Virginia (a key swing state), secretary of the Navy (under Reagan) and a decorated combat veteran. Chaffee was a senator from Rhode Island, and Sanders is the furthest to the left of all U.S. senators. Surely, on their own, they would be serious candidates whom the media should cover. But they can’t break through the notion that Hillary cannot be beaten. The media, for all of Hillary’s conduct in stiffing them, do her the ultimate favor of ignoring her opponents.
All this will be the state of play until the summer ends and the Democratic Party presidential debates begin. With six debates scheduled, beginning in August or September, each of the Democrats challenging Mrs. Clinton will get extensive exposure to showcase their good points.
The first debate will be in New Hampshire, and five others will follow in swing states through January 2016.
The dynamic of the debates will inevitably be bad for Hillary. No matter how well she performs, her opponents will be making their first impression and will pick up support. As the Democratic voters see other candidates backing pro-choice, anti-gun, pro-same-sex marriage causes, they will look at Hillary’s negatives and move toward the attractive alternatives they will see on the screen.
And the negative that Republicans throw at Hillary will acquire new salience when articulated by fellow Democrats. When accusations about Benghazi come from the mouths of certified liberals like Sanders and O’Malley, they will be hard to ignore.
Jim Webb, particularly, brings an extraordinary background to his candidacy. A combat veteran who won the Navy Cross, the Silver Star Medal and two Purple Hearts, he was undersecretary of defense and Navy secretary under Reagan, has written 10 books and served one term in the U.S. Senate. Articulate, moderate and vigorous, he will make a good impression on television.
And we can count on all four of Hillary’s opponents ganging up on her in the debates, ripping her for erasing her emails, lying about Benghazi and harvesting cash from questionable donors to the Clinton Foundation.
Until now, criticism of Hillary’s and Bill’s speech revenue comes largely from the right, focusing on conflicts of interest with foreign governments. But in the hands of Sanders, Webb, O’Malley and Chaffee, the fire will concentrate on her conflicts of interest with Wall Street and big business. Her fees from Goldman-Sachs and Morgan Stanley will emerge as major issues.
And so will her flip-flops on immigration, same-sex marriage, the Pacific trade treaty, the Keystone pipeline and closing Guantanamo.
Democrats will face a choice between the candidacies of four fellow true-believers and Hillary. For ideologues, the choice will be simple.
But there won’t be just one debate – there will be six. With each confrontation, Hillary will drop in the polls vis-a-vis her Democrat rivals. As her negatives are presented by Democrats to Democrats, her ratings against likely Republican challengers will sag, particularly in swing states. Once those matchups reflect vulnerability, Hillary will sink faster.
Candidates who get votes because of a presumed inevitability and invulnerability are the fastest to drop once these auras dissipate. When voters realize that Hillary might be vulnerable in November and that her negatives might bring her down, the more partisan and committed the Democrat, the more likely he or she is to switch.
And then there is Elizabeth Warren. In the battles over curbing the NSA and the Pacific trade deal, the Massachusetts senator has boldly articulated a strong leftist agenda that contrasts sharply with Hillary’s silence. Not hiding from the media, but explaining her positions, Warren looms ever larger over the Democratic Party contest.
Is 2016 to be a replay of 1968? Back then, a minor candidate who couldn’t win – Minnesota Sen. Eugene McCarthy – so effectively challenged President Lyndon Johnson for the Democratic Party nomination that Sen. Robert F. Kennedy – who had repeatedly disavowed any intention to run – jumped into the race on the heels of McCarthy’s triumphs. Until then, the media ignored McCarthy and took Kennedy’s disinterest as truthful. Then it all changed.
And so it might in 2016.
Source>http://www.wnd.com/2015/05/as-other-dems-emerge-hillary-will-crash/#33BtjV4p8YKzvJ6y.99
Posted by theodore miraldi at 9:30 AM