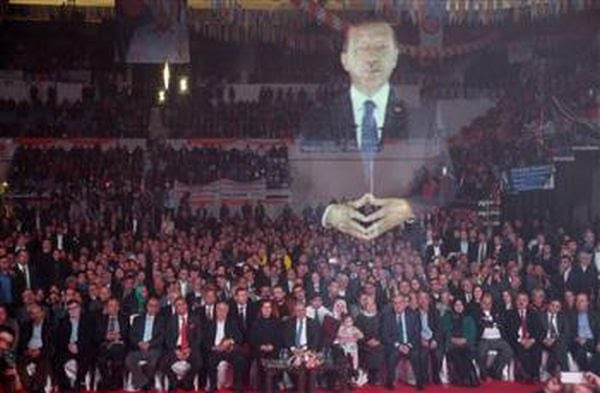 Turkish President Recep Tayyip Erdogan has called on his countrymen to refocus on the Ottoman goal of re-conquering Jerusalem for Islam and uniting Shia and Sunni tribes for that same mission.


In a speech that got almost no coverage in the Western media, Erdogan talked about invading and reconquering Jerusalem, according to an article in the Anadolu Agency of Turkey.
“We Muslims lost our way toward Jerusalem,” he told throngs of adoring Turks while in the state of Erzincan in central Turkey. “The water of our eyes froze making us blind, and our hearts that was destined to beat for Jerusalem is now instead conditioned for rivalry being in a state of war with each other.”
Erdogan was in the city to promote numerous service projects, but the speech focused on Jerusalem.
“When you mention the worse ascension, the first thing that comes to mind is Jerusalem and al-Aqsa Mosque,” he said, referring to the mosque that sits on the Temple Mount.
The Mount is controlled by Arab Muslim Waqf officials, who do not allow Jews to pray accept at the Western Wall. But apparently Erdogan is not satisfied with this arrangement. He told his countrymen to “ask Allah to restore the Al-Aqsa Mosque to the infallibility of the Muslims.” 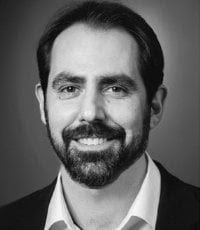 Joel Richardson is a Bible teacher, author and documentary filmmaker.
Erdogan has ruled Turkey for 13 years, but the increasingly vitriolic nature of his anti-Israel rhetoric proves he has consolidated his power over the less strident Islamist views of Fethullah Gulen, a Turk who operates 120 publicly funded charter schools across the United States, says Joel Richardson, a Christian filmmaker and author of the New York Times-best-seller, “The Islamic Antichrist.”
With Erdogan’s rhetoric coming unhinged, Richardson says the Turkish government led by him and Prime Minister Ahmet Davutoğlu has essentially become the Turkish wing of the Muslim Brotherhood.
“The old form of moderate Turkish Islam has been defeated,” he said.
“They have become the leaders of the Turkish branch of Muslim Brotherhood, and now that the rhetoric coming out of the leaders of the regime is increasingly becoming identical to the inflammatory statements coming out of Iran and even al-Qaida,” Richardson said.
Richardson said Turkey and Iran are natural enemies, but the views of their respective leaders have converged at a commonplace of darkness – Jew hatred. One represents Shia Islam and the other Sunni, but they agree on one thing: Israel must be removed, cut out like a cancerous tumor.
Both are openly anti-Semitic, but Richardson sees Turkey as Israel’s ultimate enemy. Whereas most Bible prophecy teachers have been warning of a revived Roman empire, Richardson has his eye on the re-emergence of the Ottoman Empire, which crumbed in the aftermath of World War I. It’s a theme he discusses in detail in both of his books, “Islamic Antichrist” and “Mideast Beast,” and in his documentary, “End Times Eyewitness.”


“For years, I’ve been warning of a last days’ revival of the Ottoman Empire, and there’s no question that it continues to move in that direction,” Richardson said.
“This is more than just political rhetoric (by Erdogan). We have to remember that the Ottoman Turks controlled Jerusalem for close to 500 years, and there really is this increasing return of the Ottoman aspirations to control the region once again,” he said. “And that means not only Jerusalem but also Mecca and Medina. They’re pretending to form an alliance with Saudi Arabia against Iran and its nuclear program, but Turkey and Saudi Arabia don’t like each other at all. Much of the Islamic world thinks that the Saudi government is just a creation of Western powers. And the whole monarchy thing has no basis in Islamic law.”
The geopolitical landscape as described in the last days by the Hebrew prophets is coming into focus like never before, Richardson said.
“The prophets Joel, Zachariah and Ezekiel all described the surrounded nations gathering together against Jerusalem in the last days,” he said. “Five years ago, it was inconceivable to think the president of Turkey would be talking about the need for the Turks to regain control of Jerusalem.”
With the Middle East and North Africa rapidly devolving into chaos, Turkey bears watching. As a traditional ally of the United States, it will be given freer rein to maneuver and exploit that chaos. Richardson paints a scenario where Turkey will eventually go to war with Egypt, and those two countries have increasingly been at odds since the Muslim Brotherhood government of Muhammad Morsi was defeated in Egypt.
Saudi Arabia has sparred with Iran in Yemen, Syria remains on fire with civil war, and multiple terrorist groups are vying for control of Libya. Erdogan sees all this and believes this state of war has clouded the vision of Muslims from their true aspiration of marching on Jerusalem.
The Turkish president called on citizens to “raise their hands in supplication for this blessed night toward Allah to restore the Al-Aqsa Mosque [Jerusalem] to be re-owned by Muslims, and to remove the mist from their eyes, to see Jerusalem in their hands at every moment and at every opportunity.”
Erdogan has compared himself to Tariq Bin Ziad, who conquered Spain, Alp Arslan and Saladin.
“These are the Muslim leaders who fought Christendom, and Saladin was the one who conquered Jerusalem,” noted the blog Israel, Islam and the End Times. “He wants to declare war on the strongest fortresses to advance his foreign God, Allah, through warfare.”
“Khalifat (Caliph) literally is one who rules the world and now Erdogan wants to fulfill Zechariah 12 and 14 where Jerusalem becomes the ‘cup of trembling’ to ‘all surrounding nations’ when they storm against Jerusalem to annihilate all Israel.”