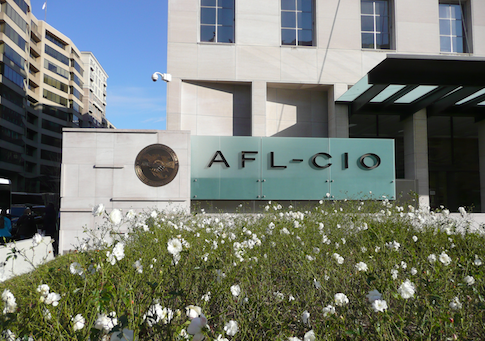 A federal labor arbiter ordered a Kansas union to stop threatening bodily harm against union dissidents it was supposed to represent in a grievance case.
The National Labor Relations Board (NLRB) sanctioned the International Association of Machinists and Aerospace Workers District 70, Local 839, an AFL-CIO affiliate, (IAM), for using intimidation tactics against dissidents. The board’s regional director concluded the union had used threats of physical abuse and had attempted to get non-members fired from Spirit Aerosystems.
He ordered the union to:

The union dismissed the charges in a statement following the April decision.
“We are aware of the decision and believe it was wrongly decided on the facts and the law,” District 70 Directing Business Representative Frank Molina said in a statement.
Jarrod Lehman and Ryan Hastens were employees at the Wichita plane manufacturer and previously held leadership posts with the union. They filed unfair labor practice complaints against the IAM in July 2014 alleging that the union pushed for their firings against company policy.
Lehman ran an unsuccessful campaign to lead the union in 2013 and soon found himself threatened by former election opponents, who referred to him in colorful terms.
“Lehman’s credible explanation of his rocky relationship with Johnson was not disputed. (Tr. 233– 240.) Moreover, the General Counsel’s unopposed motion to correct the transcript to reflect that [union head Howard] Johnson called Lehman a cocky little shit instead of a ‘coffee’ little ‘shift,’ is granted,” the ruling says.
Kasten was also a harsh critic of IAM leadership. The former shop steward supported challengers to Johnson’s in the 2013 election and soon found himself in the crosshairs of union officials, according to the NLRB ruling.
“Kasten’s relationship with District 70 leadership began to sour, however, in November 2013 when he accompanied Karen Ascension, a vice presidential candidate in the upcoming IAM International election, to a union meeting to speak on behalf of the reform candidates,” the ruling states. “Ascension was running on the national reform slate in the upcoming election, along with Jay Cronk, who was challenging incumbent International President Thomas Buffenbarger. Ascension encountered hostility, however, from Howard Johnson, who harassed her in an attempt to curtail her presentation.”
Lehman and Kastens left themselves vulnerable to discipline in January 2014 when they disseminated a video of a safety violation at the plant to personal email addresses belonging to Spirit colleagues.
Company policy prohibited the spread of company information to personal emails even if they did belong to active employees. One of the recipients was a Johnson ally, who forwarded it to Johnson; the union leader then sent it to management to get both men fired, according to the ruling.
The NLRB official dismissed Johnson’s denial of the charges as “utterly incredible.”
“Johnson’s testimony, that he did not review the e-mail and video attachment to ascertain that it originated with Lehman and was forwarded by Kastens, was utterly incredible,” the ruling says. “Johnson forwarded it solely because of the Union’s animus for Kastens and Lehman due to their union activity
Despite the fact that Johnson and Molina played indirect roles in getting them fired, as union representatives they were the only ones able to handle Lehman and Kastens’ appeals. The judge found that they did not do their due diligence in representing Lehman and Kastens, especially after Johnson physically threatened the latter at a 2014 election campaign event.
The relationship grew so acrimonious that Kastens took out a restraining order against Johnson, even as Johnson and his allies were handling his grievance process.
“Howard Johnson’s remarks … conveyed the message that the incident would have repercussions regarding Kastens’ pending grievance. Such a statement was clearly unlawful,” the ruling says.
Molina said that the union would continue to fight the decision.
“We intend to appeal it to the NLRB and we are confident that the NLRB will reverse it,” Molina said in a statement.
Source>http://freebeacon.com/issues/nlrb-judge-kansas-union-punished-dissidents/
Posted by theodore miraldi at 7:14 PM