Court to counsel: 'You don't really believe that, do you?' 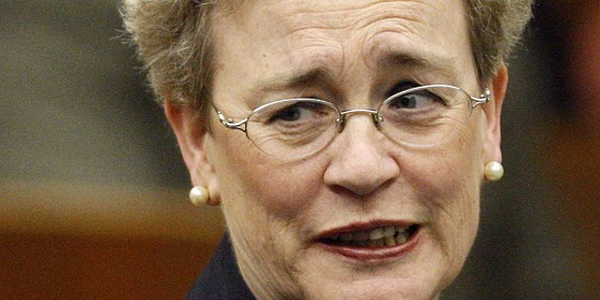 Obamacare seemed to suffer a setback of sorts this week after a judge overseeing a House-propelled lawsuit against the federal health care takeover program raised skeptical brows at the White House’s play to toss the suit, asking at one point with a mocking tone: “You don’t really believe” your own opening statements, do you?


The suit, brought by House Republicans, was being heard by U.S. District Judge Rosemary Collyer.
At one point in the hearing, she interrupted Justice Department attorney Joel McElvain to press him for an explanation about his argument the case should be tossed because Congress couldn’t actually claim any harm, the Associated Press reported.
“You don’t really believe that, do you? I have a very hard time taking that statement seriously,” she said, ultimately ending the hearing without issuing a ruling. “I have lots of ideas. I just haven’t decided yet.”
The case could decide the fate of $175 billion being shelled out by the White House administration to subsidize Obamacare for lower-income Americans. The House side is that Congress hasn’t appropriated the money and actually denied Obama’s request for it, and the administration is now breaking law by paying it.
The White House, meanwhile, refutes the House claim of encroachment on its powers and argues it is only tapping money that’s been previously set aside, AP reported.
The Thursday hearing was to determine if Congress had standing to bring the suit.
It’s not clear when Collyer will issue her ruling.