The Futility of Jobs Programs 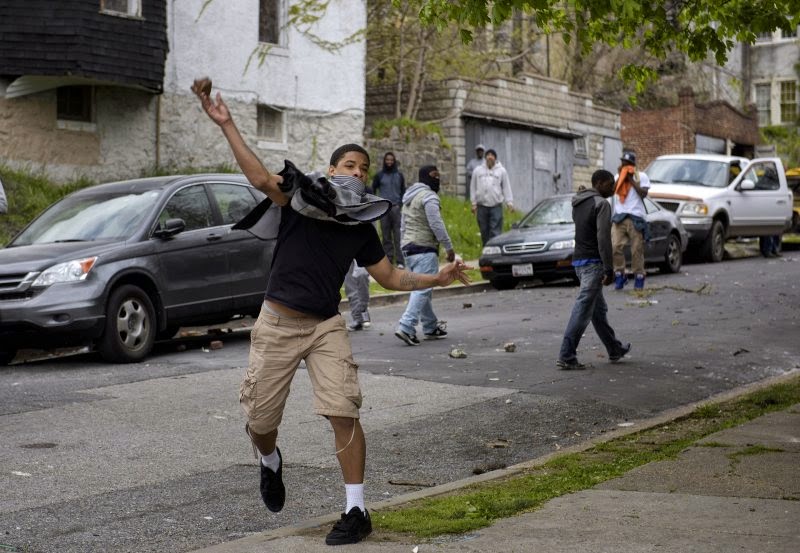 Given America’s experience with hundreds of urban riots and the ensuing calls for “domestic Marshall Plans” to heal the wounds, recent events in Baltimore are, as Yogi Berra, once said, déjà vu all over again. The president himself kicked off this rerun with his condemnation of community neglect, disinvestment, joblessness, the need for better funded early education and additional job training, plus updating the city’s infrastructure (also here). That hundreds of billions have already been squandered on similar Great Society-like nostrums to no avail is irrelevant -- we have to do something and even if these programs fail, and they will.
Let me shed some light on the awaiting disappointments in Baltimore and why failure may be inescapable. In blunt terms, the quandary is one of uplifting a poor, often violent and occasionally lawless black underclass. This is partially cultural: modern schools with well-qualified teachers, multiple job training programs, and all the rest assigned to this uplift task are pointless unless program recipients willingly avail themselves of the provided opportunities.  For education to succeed, for example, you must show up, learn the lesson and not disrupt others. It’s the old “you can take a horse to water but….” problem.

Now imagine the outcome if the federal government handsomely bribed firms to build an industrial park in Baltimore offering hundreds of decent paying jobs plus lavish benefits convenient to riot-torn neighborhoods. Included might be jobs in garment manufacturing, construction, food processing, computer assembly, and automobile repair and the like, all now performed overseas by semi-skilled workers. Critically, the customary impediments to hiring underclass applicants -- a criminal record, drug abuse, a shaky work history -- would be waived. Moreover, pre-employment testing would be minimal.  The aim would be to hire as many inner-city applicants as possible and, hopefully, such employment would then be the first step up the economic ladder all the while reducing crime and reinvigorating families.
But, while you can lower pre-employment standards by fiat, you cannot create a decent work ethic necessary for any job. In a nutshell, the employee must be punctual with minimal absenteeism, be able to execute tasks without too much supervision, take responsibility for doing the job correctly (pride), avoid pointless conflicts with fellow workers and supervisors, taking only scheduled breaks, and be able to work cooperatively while not stealing or dealing drugs among other criminal acts. Absent these workforce qualities, government subsidized job programs are merely welfare handouts masquerading as employment and may evaporate with budgetary cutbacks. Indeed, anything created by hastily hired, inept, lazy employees would be unsellable.
It is unnecessary to speculate what occurs when government tries to entice businesses to hire underclass urban workers. We’ve been there, done that. The Empowerment Act of 1993 created nine major empowerment zones plus 95 “enterprise communities” to cure poverty bottom up while 37 states had already created similar programs (see here, Ch. 6). Congress authorized some $3.5 billion in tax incentives plus another $1 billion in social service grants to upgrade the targeted workforce. A 1996 Executive Order even mandated the federal government to buy what was produced in empowerment zones.
Cities would now address poverty via capitalist greed. For example, a firm would receive multiple tax benefits for hiring workers, training them and buying new equipment in neighborhoods with chronic unemployment. The outcome is complicated but in the final analysis, especially in areas plagued by chronic unemployed (e.g., the Watts neighborhood in Los Angeles), the interventions uniformly failed. Despite financial bribery, employers refused the bait to hire underclass workers or firms quickly folded and the entire alluring fantasy and its subsidies soon vanished.
All hardly surprising. Though millions of Americans, particularly recent immigrants, possess a strong work ethic, it is doubtful whether pouring resources into places like Baltimore will jump-start the vital mentality. The sad truth may be that it cannot be inculcated. Nor will just handing out jobs transform troubled employees into conscientious ones. If true, thousands of businesses would have never escaped Baltimore.
Government work-related programs are designed to teach specific skills, not impart character traits such as showing up when you’d rather stay home. How do you transform a youngster who has drifted through life with minimal self-control to one who without protest follows all instructions and otherwise performs as a valued employee? Not even the U.S. military was able to reverse sloth when it conscripted over 100,000+ of these undisciplined, poorly-educated youngsters and imposed harsh military training as part of the Great Society’s anti-poverty effort. This task can be deceptively complicated; for example, waiting a week for a paycheck may not be easy for those accustomed to immediate gratification. The formula for the social engineering outcome does not exist and there is also the legal problem of restricting jobs to African-Americans. What if employers on the sly hired harder working Hispanics instead?
There is, however, an even deeper obstacle. In today’s multicultural world, any effort to inculcate this work ethnic will be viewed as “white” cultural imperialism, i.e., “taking personal responsibility” may be condemned as antithetical to authentic black culture. That such attributes are the ticket to economic uplift, and are embraced by millions of blacks, are irrelevant. At least for some radical black activists, being “authentically black” may well trump economic uplift and keep in mind that government cannot coerce Baltimore’s youngsters to embrace a “foreign” culture, even if this were the goal. As the black Harvard Professor Ronald Ferguson put it, “Black folks don’t want white folks coming into their communities and say, ‘You ought to be more like us’” (quoted in No Excuses, p. 137)
The future looks bleak. Cities like Baltimore and Philadelphia may eventually reverse their economic decline but their indigenous underclasses are unlikely to participate in that revival other than by enjoying increased no-work entitlements generated by enhanced tax revenue. At best, as has occurred since the 1960s, only government functionaries will profit from creating a doomed-to-fail program to find jobs for Baltimore’s troubled youth.